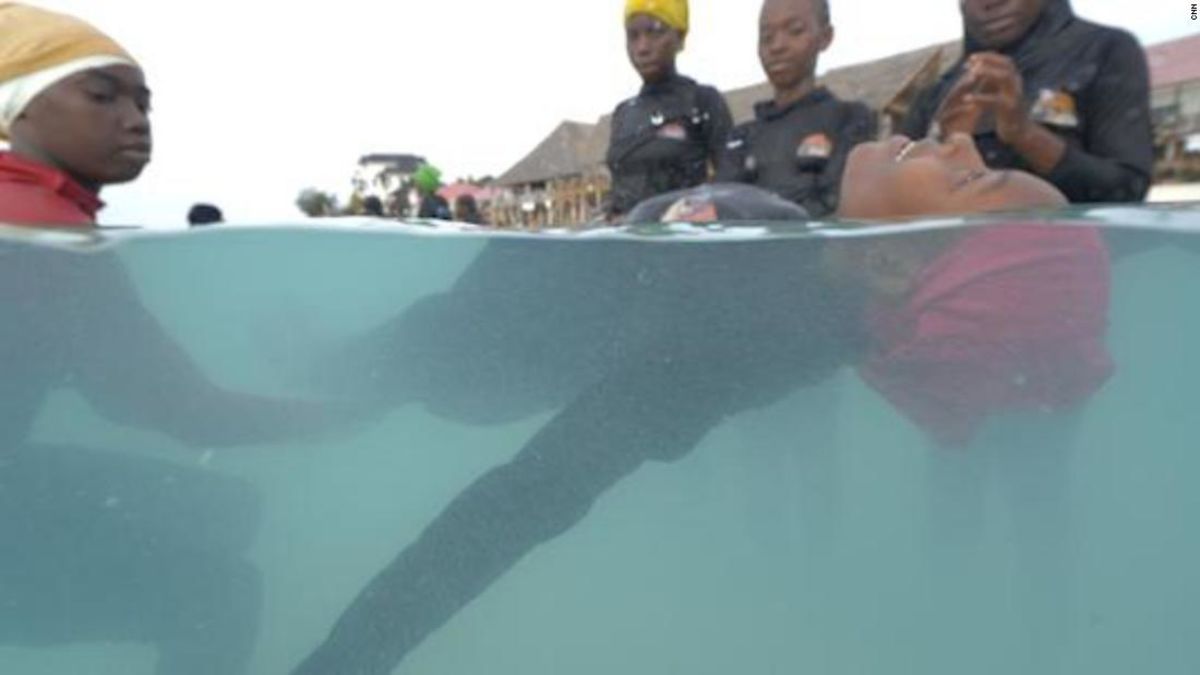 (CNN) – On the east coast of Africa is the Zanzibar archipelago, where the locals warmly welcome you to "Hakuna Matata", Swahili's word "don't worry".

It is a semi-autonomous region of Tanzania that attracts spice lovers, beach travelers and snorkelers, which are focused on white beaches and warm climates.

This is also happening at Queen's Freddie Mercury's birthplace.

Here, life is really a beach, and everything revolves around the Indian Ocean, which surrounds it – from fishing to seaweed growing, tourism and even exercises.

And yet a large part of the population cannot swim. In 2011, Zanzibar was struck by a tragedy. The Spice Island boat sank, and most of the local people on board were drowned.

According to WHO, 372,000 people worldwide die from drowning each year, and women and children are most at risk.

However, the community initiative is designed to prevent it by offering everyone, all ages, swimming and water safety hours.

Named "Panje Project" by local fish, the organization started in 2013 with only 20 students on the north end of the island.

The project was launched by Khadija Sharriff, who was heavily influenced by the 2011 boat traffic accident and felt compelled to do something to prevent the repetition of similar tragedies.

When she started the Panje project with other members of the community, Sharriff encountered obstacles to persuade families to send their children and especially their children to learn how to swim.

Zanzibar is primarily a Muslim society, and the involvement of women and girls is still the main obstacle for the organization, says Shrift.

"When we first started, the elders … in the village … just couldn't cover this idea of ​​having their girls taken to the beach and teaching them to swim and they just felt like – no, absolutely we can't give them one freedom, ”she recalls.

Only until the excellent older village came to his daughter at the swimming program, others began to do so.

First of all, Sharriff and her team developed the burkins for women.

They also contacted women from the community with the opportunity to train swimming teachers.

Kazia Haji, who goes to K, was one of the first female swimmer teachers – not exactly the obvious choice of a traditional Muslim female career, she admits.

Earlier, teacher, Kazia, 28, learned to swim only three years ago – with the Panje project. While she admitted that she was initially afraid of water, she was natural and soon trained to become a teacher.

Today she is one of the 24 women instructors in swimming, teaching all ages and genders – from the age of three to the age of majority.

Despite being an unusual career choice for a woman in Zanzibari, K has included it completely as a call – "I feel so much that I learn to swim because I do it myself, my family and my community."

K is more than just a teacher; she is a model for aspiring swimmers and teachers.

Only in 2013, only 633 women who learned to swim through the Panje project – joining the new generation of Zanzibari people who no longer need to live in fear of the water that surrounds them.