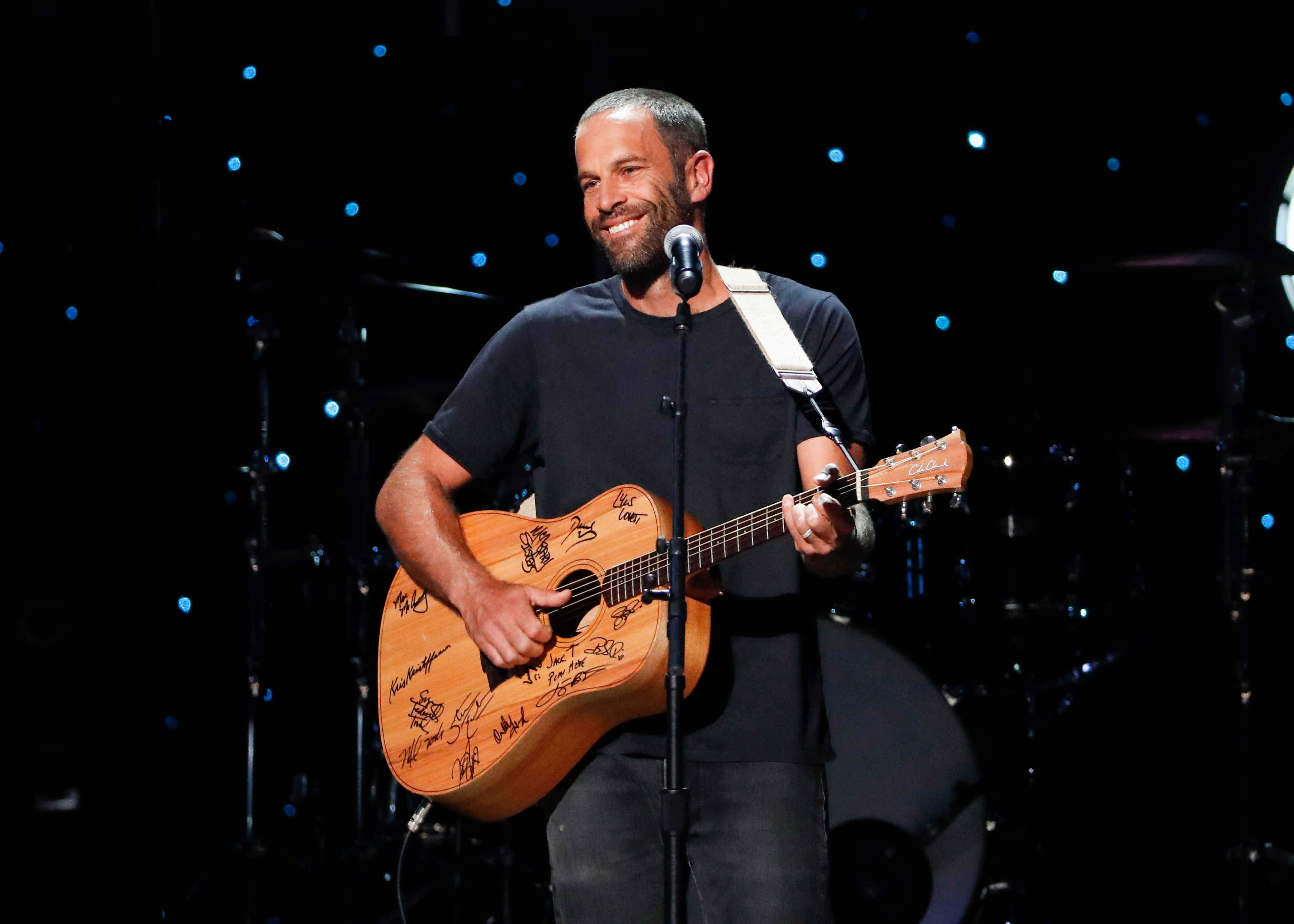 John Johnson could ever lose some money for Willie Nelson in a stony poker game, but he doesn't worry: he actually came on Saturday night, Willie: The Life of American Destiny and Songsto pay tribute to his idol (and visible film shark) with Willie Got Me Stoned. Johnson played solo solo before the surprise look of Sturgill Simpson. last 4/20 on his last LP luxury edition, All the lights above it.

"This next song has three chords here, and it's a real story," Johnson told the people when he introduced the song. Rolling Stone was able to talk to the Hawaiian singer-songwriter minutes before the start of the exhibition about the importance of Nelson, eco-conscious tours and how he left Nashville with a little Steve Earle.

"Willie is a friend," Johnson says, "And what I've always looked at."

Clearly, Willie Nelson is your artistic source of inspiration, but how Willie inspired you to think about every aspect of your journey, for example, making sure your environmental impact is as low as possible on the road?
Great way. Willie is one of the people who started thinking about the impact of my tour. When I heard that he was going to run a bus with his biodiesel, we were first traveling by bus, and then we found out that we could run them from biodiesel and then sustainable biodiesel, not just the world. he had done for a long time, it was truly inspiring. And it made us think and make sure that the people that open to us, maybe we can inspire them to make a small change when they lead the tour in the same way that Willie inspired us.

You have never considered it necessary to base your career on a large entertainment center such as New York, Nashville or Los Angeles. The way Willie scared off Nashville and did his house in Austin, even if it wasn't a "practical" business choice, helped you feel safer when you decided to stay in Hawaii?
Yes, this part was more natural to me – I grew up far from the hub, only I am in Hawaii. And the style I always saw was just uncles or aunt who played in the corner of the guitar without stage or anything without imaginary lights. I think if something were, it would turn me so close to the industry. I want to forget about this part when I write. It's fun around [to cities like Nashville] however, when the record is done. But I always have to stop writing when I'm traveling because it is too obvious that the songs will be executed. I have to consider myself to be just my friends when I write them.

Are you writing now?
I've been because I spent a little time traveling. I've written some songs, yes.

In 2018, Willie released two albums in the eighties. Do you hope to do the same in 40 years?
Yes and no. It's inspiring, but will I still do it, I'll look at my father, who was the same as Willie, but with surfing. Surfing is my first love and I hope I can still surf and maybe touring at that moment. But I love Willie doing it. And maybe there are still records. It would be nice.

Probably an impossible question, but do you have a favorite song by Willie Nelson?
Earlier I said "Always on the mind" and it is such a beautiful song, I heard it again only the second day and thought about how it is one of the nicest moods. And then, "Blue Eyes Crying in the Rain," I played it with Willie once with Ben Harper. It was one of my favorite music memories. And I like Roll Me Up and Smoke Me When I Die. It's also nice [laughs].

We heard Carter Vintage Guitars get a good result [a Nashville instrument shop frequented by Jason Isbell, Sadler Vaden, Brothers Osborne and Molly Tuttle among others].
Oh yes. I got a new guitar that was Steve Earle's old guitar. And I got the chance to get to their backstage and we talked about it. He began to test it and make sure there were good buttons and everything. It was fun to hear stories about his recordings and their use. It was really cool to bless him.

Willie: The Life of American Destiny and Songs will sometimes fly in 2019 to A&E.