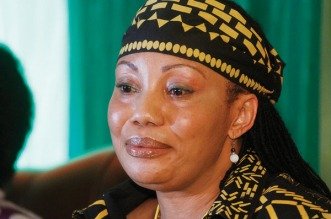 Mrs Priscilla Chigumba, chairman of the Zimbabwean Electoral Commission (ZEC), has been accused of the abuse she has suffered from leaders and supporters of the opposition Democratic Movement (MDC) in preparation for the co-ordinated elections of 30 July.

By submitting her applications to the Investigative Commission during violence on August 1, Chigumba told about how she and other women's ZK commissions became heavy and sexually abusive bags made under the leadership of Nelson Chamis in the hands of the MDC Alliance party before, after the election.

Cigumb has said three times that she and other commissioners believe their lives are at stake because MDC Alliance supporters and leaders are constantly threatening them both in social media and in person.

"In two separate attempts, this other political party threatened to invade our offices and they wanted to confront us according to the requirements they wanted to address a few days before the election," she said.

"We had our department that received the political party and met their demands we heard earlier. We had about 10 or 17 demands, but they still continued to listen to them further," said Chigumba.

"The political party will pick up our offices and return to the same requirements. From our part, we felt that nothing should be discussed, because the demands they wanted were not in the election act. The law was clear, and our position was very clear, we could not do anything do it to help them, "she added.

A former judge of the Supreme Court said that her personality was public and in a series of MDC-A demonstrations, when her pictures were torn and labeled with unwritten words.

"In the third case, using social media, they announced that they will pick up our office, and this is when we tried to get services if the Zimbabwe Police (ZRP).

"You could see that after the election, about 10 days in our offices there was a huge police presence because we were afraid of our lives. We could not fulfill our duties in the office because they were not included," said Chigumba.

She also acknowledged that Zimbabweans had little faith in her commission in connection with the previous elections.

She accused the MDC-A of having ignored the law despite half-owned attorneys.

"We made commitments with these political parties and there was no consensus because they could not understand what the law said.

"We came to a compromise for everyone to be satisfied. I would urge political parties that they should take this time until the Parliament needs to change the laws they are not satisfied with, so that in 2023 we would not have the same situation again," said Chigumba

She is worried that she is still facing MDC-A rallies with other commissioners.

If our services help you, our work would be much safer with your help – Just £ 5, you can support ZimEye – and it only takes one minute.