Why does America Fight for China for 5G? | World 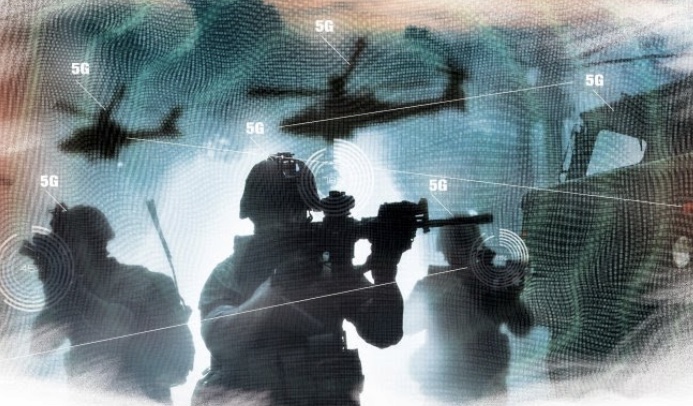 This is one of the reasons why the US controls China as a technological force and accuses Chinese companies of developing this network.

The future of war and cyber security will be substantially changed in the future by 5G. But experts say 5G is more vulnerable to attack than older technologies, with increasing security challenges and tensions between the US and China on many interconnected fronts, including trade and reach. effects in Asia-Pacific and technology competition.

These are contexts related to Huawei, the world's largest telecom component service provider.

Long before the Chinese company accused the United States of many crimes, including stealing commercial secrets and violating US sanctions, American intelligence officials expressed concern that telecom equipment Huawei information could leave the "backdoor" to China spy.

Huawei denies these allegations, but the dispute over and over again shows the growing importance of 5G and accelerates the technological arms race between China and the United States.

For most people, the 5th generation network works 20 times faster than the most modern networks that will only help them download movies or watch online content faster than usual. But 5G has much greater potential.

The so-called universal internet will allow for mutual communication through the exchange of large amounts of data in real time without human intervention.

Self-propelled vehicles, remote operations or robots that prepare breakfast for people – things that once existed only in science fiction will happen with 5G.

Not only that, many military experts say that 5G will become the basis for future military technology.

Imagine two groups of hostile soldiers in the same forest. They moved forward but were still a few hundred meters away. Each person has a bracelet that shows the location of the team. It is not a satellite navigation technology because the reception of satellite signals in the jungle is not stable. It is an exchange between machines and machines.

Suddenly a soldier meets an enemy and is shot unconscious. The bracelet identifies his condition through the sensor, then immediately catches the wound around the thigh, injects the dose of andrenaline and sends the rescue signal to the field hospital as well as to the team.

When you receive a signal sent to the bracelet, the group switches to the combination and surrounds the enemy. The helicopter came to the scene to transport injured soldiers, while the army team came to support the battle team.

Or imagine a fight with a terrorist group. The city is losing power and terrorists are hiding in an empty office building. A cyber-attack campaign was launched to build sound control systems and collect very sensitive sound waves using surveillance camera microphones – the system still works thanks to consumer equipment. Low power and durability.

After receiving audio data, artificial intelligence analysis determines the location of the enemy. Unmanned airplanes are controlled in a building through a window and shot by terrorists.

It is not a movie scene, it has the technology or it is because the whole internet is built on 5G and artificial intelligence helps to transform the type of war.

Thanks to 5G, data can be transmitted at speeds of up to 10 gigabytes per second, much faster than 4G networks, and latency is reduced to less than 1 millisecond.

Military vehicles equipped with communication devices can also create things on the Internet. Communication takes place between devices that do not require satellites or early warning aircraft, which save limited resources for other purposes and significantly reduce the cost of military operation, which is the 2017 document. Chinese Military News – Chinese Defense News.

China is one of the leading 5G technology research and development countries. Telecommunication technology companies in the country said they would start to deploy a commercial 5G network from 2020 onwards.

Shortly thereafter, the US Department of Justice charged 13 accusations against Huawei and its subsidiaries and financial vice president Manu Van Chau.

However, doubts about Huawei 5G technology and Chinese technology companies have long been raised. In 2012, the US House of Representatives Intelligence Committee reported that Chinese telecom equipment manufacturers pose a threat to US security because it is linked to the Chinese government. China's 2017 Intelligence Act states that these companies will, if necessary, cooperate for national security purposes.

The United States has mobilized allies to ban Huawei from setting up a new generation of mobile phones. And countries like England, Germany, Australia, New Zealand and Canada have banned or considered bans.

Huawei's founder Nham Chinh Phi is an engineer in the Chinese Army, making the West more suspicious of Huawei's relationship with the government and Chinese military.