Where was the accused 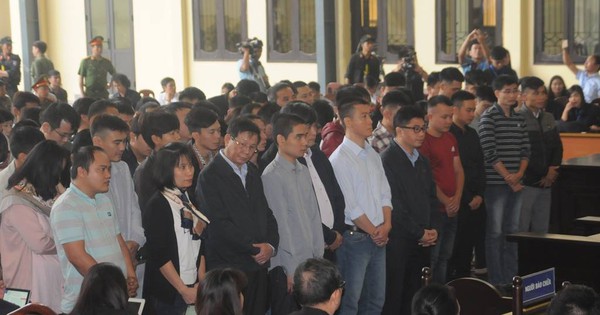 On November 15, in court with former Lt. Gen. Phan Van Vinh (deputy head of the former police department, Ministry of Public Security) along with 91 defendants gambling Thousands of billions of lats continue to question the level 1 of the accused agents, level 2, the players on the operating mode, explain Rik buying and selling transactions (virtual currency gambling), gambling with the game form. 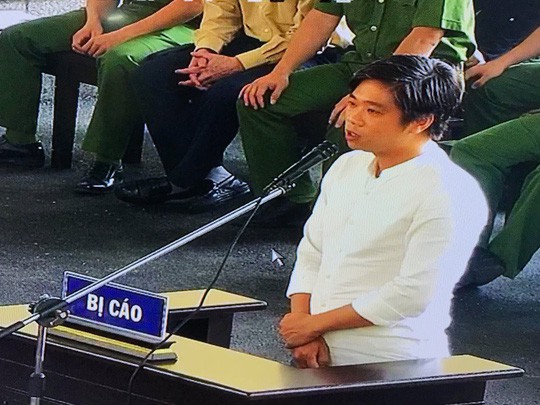 According to an entry this morning, Mr Phan Van Vinh and Mr Nguyen Thanh Hoa (former C50 leader) arrived in court. Mr. Vinh's black jacket, the yellow shirt seated on the panel carefully to question the other accused.

Being the first person to be interviewed this afternoon, the defendant Pham Quang Thanh (SN 1988, resident of Da Nang) was accused of gambling and purchases of Rik after the Rikvip gaming system. The username is "bannhachoirik122", the display name is "trinet161dng". The defendant buys and sells Rik, Thanh and sells many agents, but mainly Cu Huy Thien agents.

"The defendant has lost nearly 3 billion, the highest order is about 100 million, and they have to sell cars about 2 billion." The defendant exchanged Rik in two ways: to transfer money through the bank so that representatives could buy Rik, or buy a scratch card to deposit into the account "- the defendant filed a lawsuit.

Responsible Nguyen Tuan Vu was announced by a group of experts with a presence in June from 7-2017. By June 2018. Respondents who play cards are purchased through Tran Quang Hanh's agent or the Viettel checkout card.

"On August 8th and from 9 to 8.2016, the annual participation in the form of a fund, do not remember how much money, the highest is 15 million Rik, was allocated 29 million Rik, which corresponds to 24 million. For entertainment, after the loss of the game back. the defendant is still lost, "- accused Tuan.

Defendant Pham Quang Minh (Thai Binh village) announced his participation in the gambling game Rikvip / Tip.Club from June 22, 2016 to August 5, 2017 with the username "anhminhvt102" The display name is "minhga102". For marketing Rik, Vu to buy and sell with many agents, but mostly mainly using Tran Quang Hanh Level 1 agents.

The wife is not clear

According to Pham Quang Minh, the accused is a freelancer, then the monthly income is about 10 million dong / month. During the online gambling, the defendant lost about 2 billion. "After the loss of money, the defendant had to sell his borrowed friends to repay the debt." Until now, the defendant's wife left the place unknown, "- accused Minh.

According to an entry this morning, Mr Phan Van Vinh and Mr Nguyen Thanh Hoa (former C50 leader) arrived in court. Mr Vinh, wearing a black coat, was tired of attending the trial.

A 11-hour break, led by a statement by a successor, will appeal to defendants in an intermediary group. 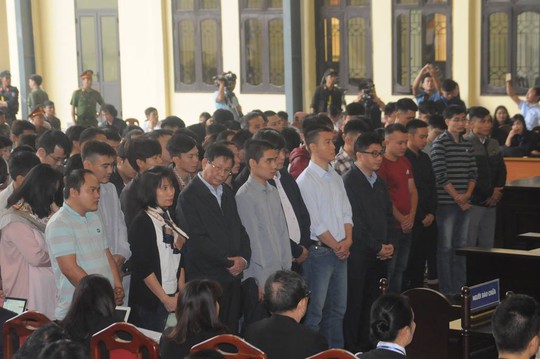 Before the trial days, most agent level 1, 2 is questioned by claiming that players are playing, they advertise or know the Rikvip game using social Facebook. Respondents are first or second level agents who primarily use social networks to engage players. Players and agents are not familiar to each other, only using the virtual currency trading system account.

Apparently, on the third day of the hearing, Mr Phan Van Vinh and Mr Nguyen Thanh Hoa (former head of the crime prevention department (C50) – Ministry of Public Security) Go to the healthcare facility before going to court.

According to the indictment, the crime line was led by Nguyen Van Duong (Former Chairman of the High Technology Security Development Investment Company), Phan Sao Nam (former Director and Director of VTC Online). has created two major agents with Skyline and Worldbanks accounts. Two main agents and agents of Level 1, 2 have been selling Rik to tens of thousands of billions.

Investigators explained that in the case of the gambling system Rikvip / Tip.Club only the "gambling" is prosecuted with 43 people; 23Zo, Zon / Pen. These are people who buy, sell virtual currency with many agents, a large sum of money, participate in various gambling sessions.

According to the investigative team, Nguyen Van Duong and Phan Sao Nam running Rikvip, 23Zdo, Zon / Pen gaming system totaling nearly $ 10,000 billion dong. This data is not complete because there are no data from 24 June 2017 until 29 August 2018.