"There seems to be a lot of dominant chess players, such as Vo Hoang Yen!" 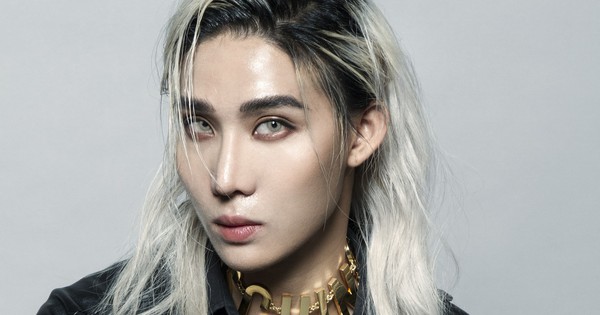 Episode 5 of The Face of Vietnam in 2018 was officially broadcast by the second-round winning team, Vo Hoang Yen.

He is rated as one of the strongest candidates in the program, and the Thanh Nguyen Mid Nguyen team still volunteers to enter the room, hoping to coach Vo Hoang Yen, will help keep his stamp in place. But after all, Mid was the first candidate to be eliminated in the team of Thanh Hang in the dissatisfaction with Vo Hoang Yen. 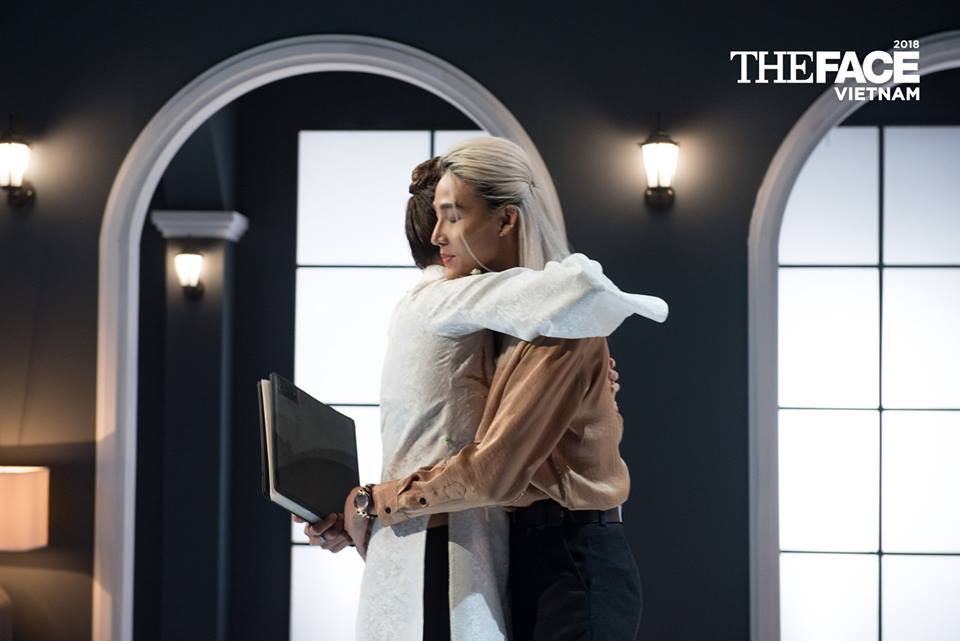 Hello Mid Nguyen, how do you feel if you are the only contestant to choose from in the three rounds of the team, as well as the first bisexual appearance of the TV on the model?

It would be normal for anyone to see it, but Mid himself felt a lot of pressure. Since the early days, Mi has received a lot of news that, in order to be able to broadcast it, I would like it, it should be similar. But everyone knows, is not it yourself, is life comfortable or not?

Coach Vo Hoang Yen said that trainer Thanh Hang is too greedy to maintain strength, you see that right?

On average, people think that the winner is that they have the right to say everything they think is the right view or not, this is the personal life of each person. If you think that yen is the loser's attempt to see, she has a desire to keep her "children" or not? Talking to others is easy, just do it.

Not in episode 2, the yen is also due to the fact that Huy Quang lost his "ambitions". "Ambition" is for everyone, only to accept a game is acceptable, because everyone was an adult before arriving on this playground.

On average, and the whole team understands this episode, everyone who enters the room also has a very high risk of departure because, with the aim of retrieving photographs and attracting public opinion about reality television, there seems to be a lot of Dominating Chess players, just like a jerk, but not just right – incorrect or use the words "national heart", can understand the person's actions.

Do you seem to be a bit tired when you are committed to making yourself a victim of the Thanh Hang team, although Vo Hoang Yen has given you the opportunity?

Tolerance is a concept for those who do not see all issues and all aspects of history. By the average, I know where this activity takes place, and with goals that are contrary to my personality and my team's criteria.

So sometimes in life we ​​need to learn to give up if we know what we want and we have our own opinions. It does not matter whether someone gives us some food or gives us the opportunity to help them with no profit, if there is no goal, then they have other activities. 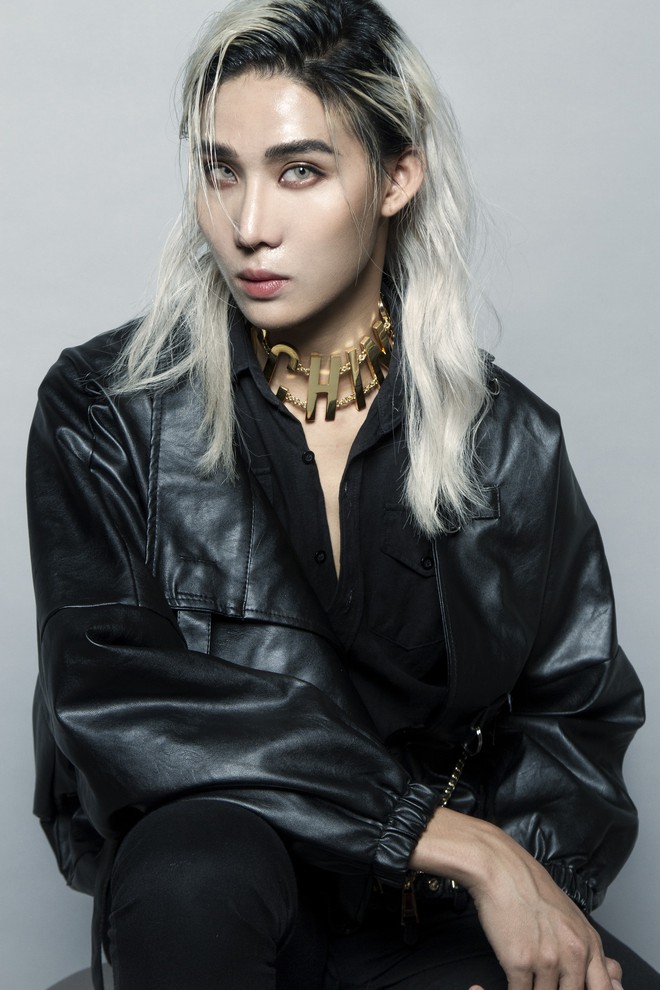 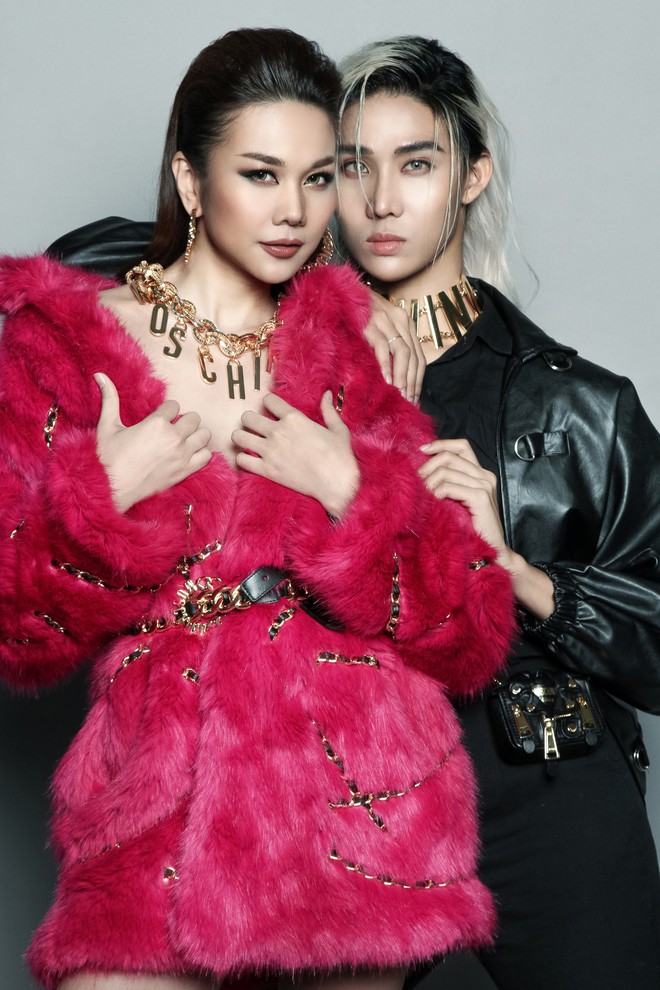 Do you think that the tactic of attracting strong people in the Thanh Hang room is wrong, since Ho Ho Yang was the last time to recall?

Indeed, when viewed by anyone, it is believed to be a tactic, but as Medieval said, Mid referred to it as hope, hope for justice, hope for kindness and hope for faith that did it right. place.

Maybe the show reduced the amount of sharing, but from the first day that just won the team, Mid has a promise to train him with his defensive team only once. That's exactly what Midam needs to do. Although the previous episode Mid asked her to do this, it seems that she did not want her sitting together to acknowledge that she was afraid because she saw a danger.

But, in my opinion, Mid still tells her that Mid is the hope of Vo Hoang Yen, and then we are often disappointed in the place where we hoped. However, if we dare to face them, they will become a life experience.

So, people see that Mid does not know, but after the tour, The Face of Vietnam, Mid will always remind yourself that there is little love, so when things are not what you know they do not. Be surprised, not to mention the factors that determine their decision. From there I will accept everything as easily as possible.

Do you think trainer Vo Hoang Yen said that you are so remarkable, so easy to overshadow the other candidates in the team is right?

Comments are usually subjective and subjective. During the test Mid is not able to evaluate what others are saying because I do not know what this person has seen. But no matter how a participant, Mid sees that it is not wrong, and it seems that the compliment is somewhat contrary to the decision of the contestant and the same trainer. So why did they decide it?

Usually these words do not lose money, they choose words that coincide with others. Speaking is one thing, but it will do n times. Everyone lives in a simple world where there is no war.

Why do you say that when you do not comment in order for people who believe in you to see the reality of TV, there is not only a lack of distribution and education?

Everyone believes that reality on television will have to be dramaturgy, and contestants will do it so that everyone can remember them. But, as Mid said, everyone in this exhibition is already an adult. Before you do anything, try to fit in with other shoes, see what they do and what they will lose, and what you will do for each choice. By learning the situation, you will understand where we are and where we are from the left to the right, whether we want to make a compromise with it. That is it. 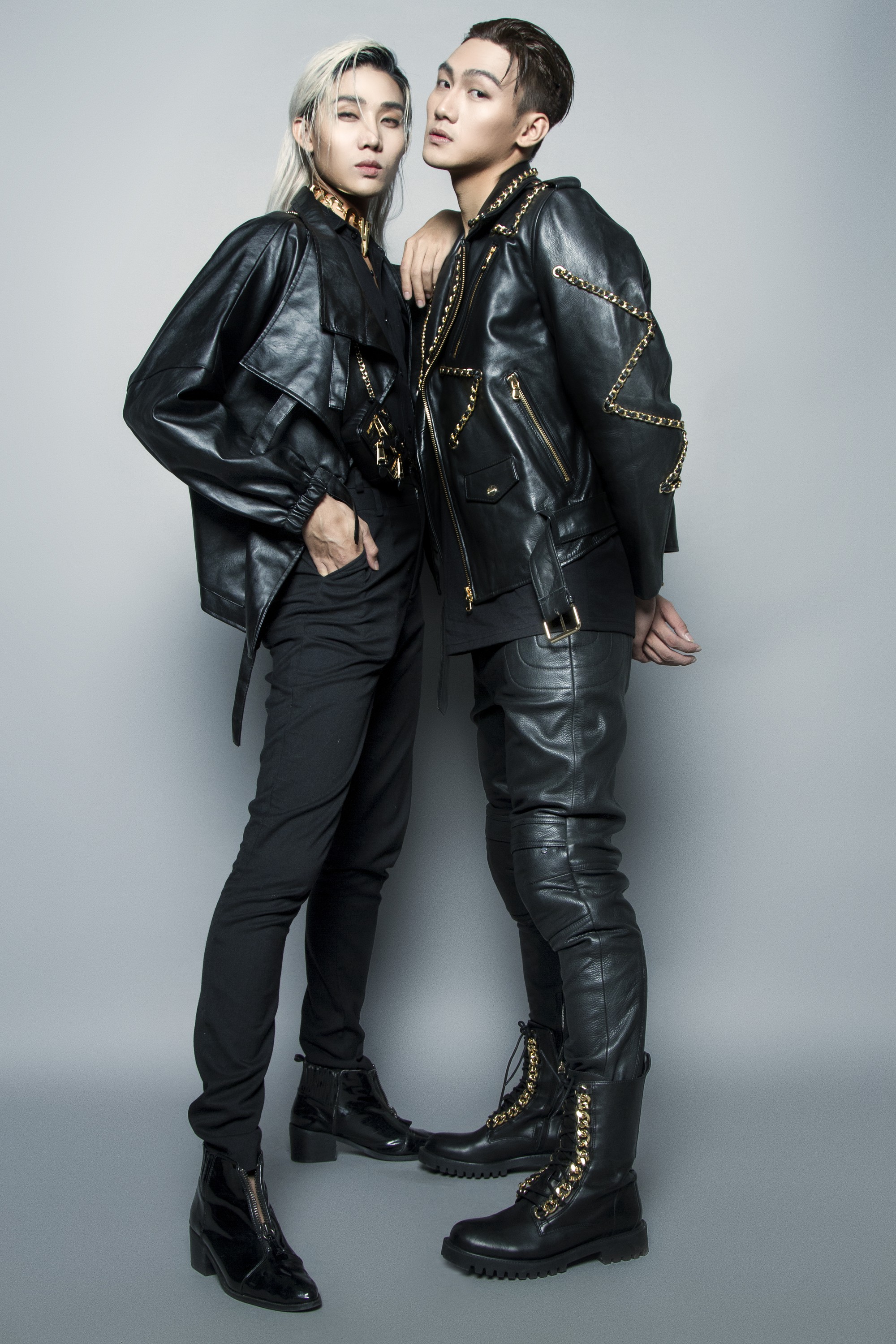 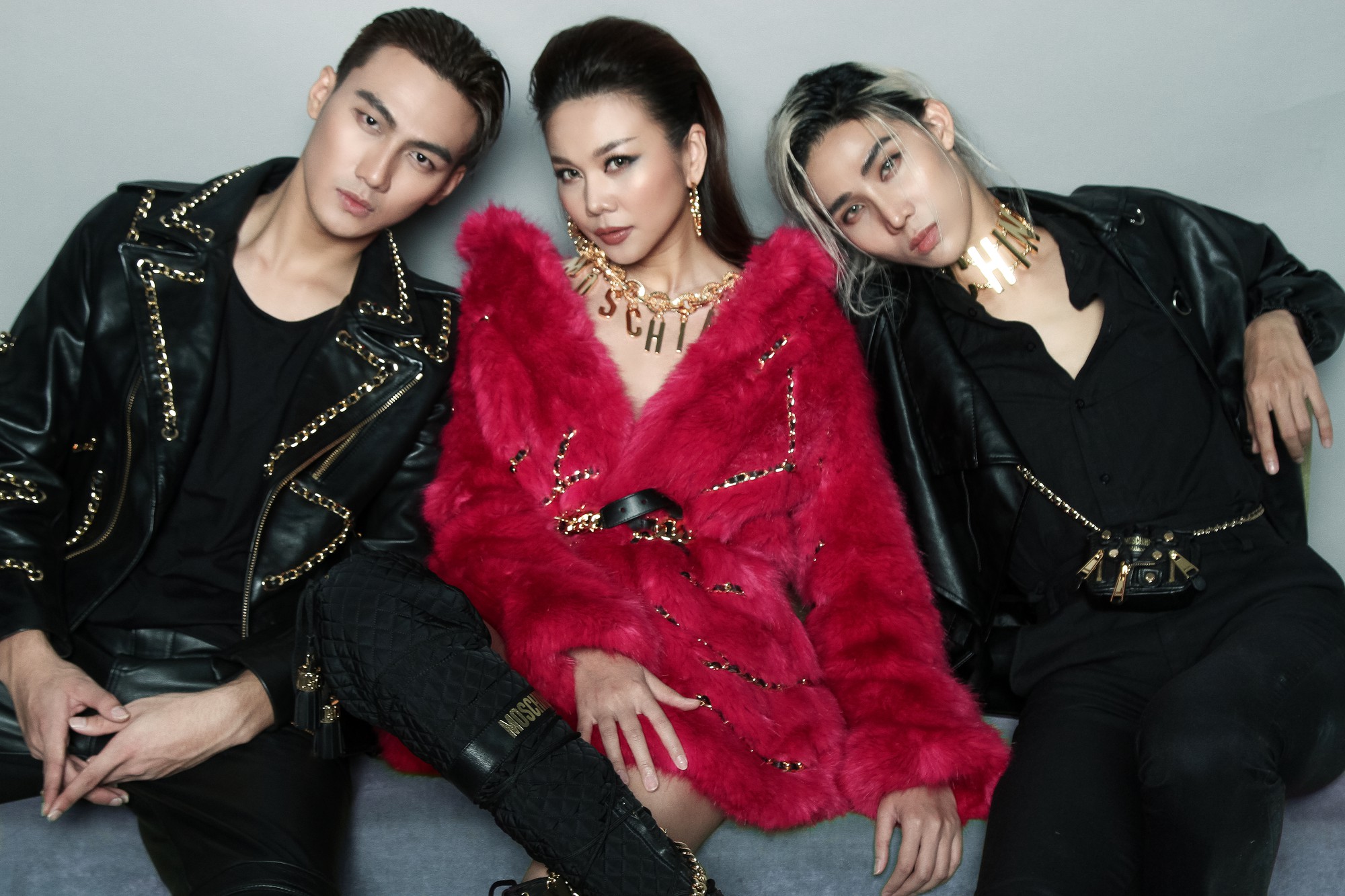 Ling Chi team, do you think that Mac Trung What's weaker than you should have a lot of space then you agree with Ling Chi?

To this end, Mid was interviewed shortly after receiving the rejected results, but was not broadcast. Mid has already said about Kien that at that moment the color of the Kien team is very necessary, but it seems that Kien's spirit, coming to the competition, is not one of the participants, but the same as delivery. save you

In order to return to Lingz's comments, Mid just hopes that instead of blaming her would be a friend of Kina, but she still needs to change the pressure that she has tried.

As a leader, protect and manage dIf the team that was eliminated earlier, do you think the Thanh Hang team will be weaker than the other two teams?

At the moment, people may not have, but the spirit to leave, even if it is not, is unlikely to go away, but sometimes even stronger. Meanwhile, Mid also believes his team is still very intelligent, talented people such as Linh Chi and Thu Anh, which is why Vida's departure is also a time for children to shine. Overall, I'm more than happy.

What do you most regret for leaving the competition?

The most regret is to stop earlier than your own plans, even the Mid seeing The Face this year is worth the other candidates to leave earlier than you. Again, luggage is not yet worn, so sorry! (laugh).

Have you ever told Thanh Hang that you will be more masculine than you have done before? What is the image you want to build after the competition?

Strong manhood here is not only spoken, during the whole race, on average, the light section of the women's contest ever won. Another person's rating through the view without traveling tracking is still wrong!

I think that masculinity is not only a solid appearance, but also behavior, the nature of speech, and weight. What do you think if a son with a high figure is heavy, but focuses on details and only knows himself, is being treated inadequately?

With Mid, the trip to The Face lived up to his personality and always be that: elegant, know where he is, always remember that the appearance may change, but not the air. And Mid faces, living up to his body shape, nothing shame.

A recent Medium Sharing with a reference to the program is a good coach for Vo Hoang Yen?

On average, she understands the situation and her sister does not want to make difficult decisions. But as an internal medium, Mid expects the performance to be more objective and retains all the dramas in order to understand each internal information decision, there is a reason. 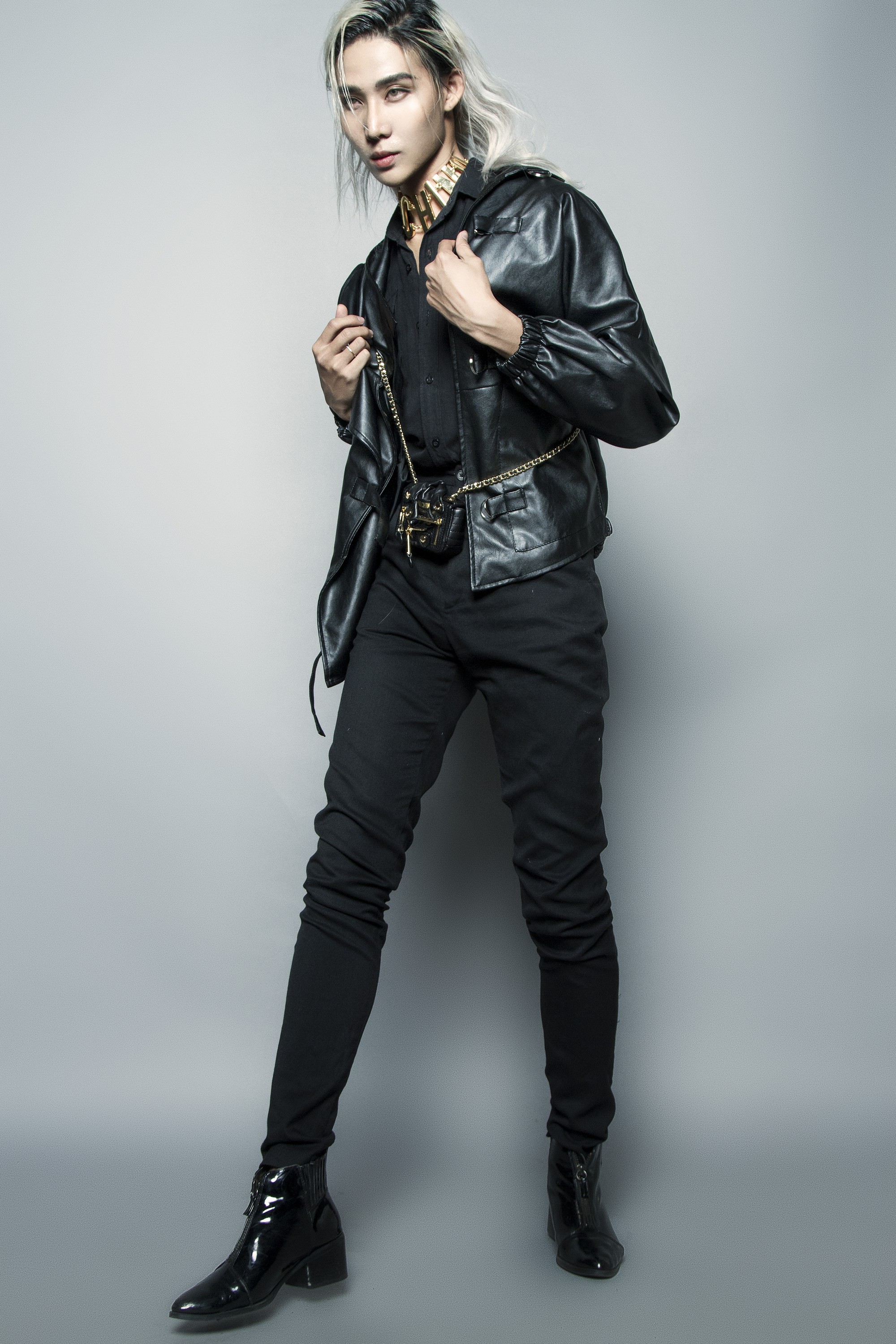 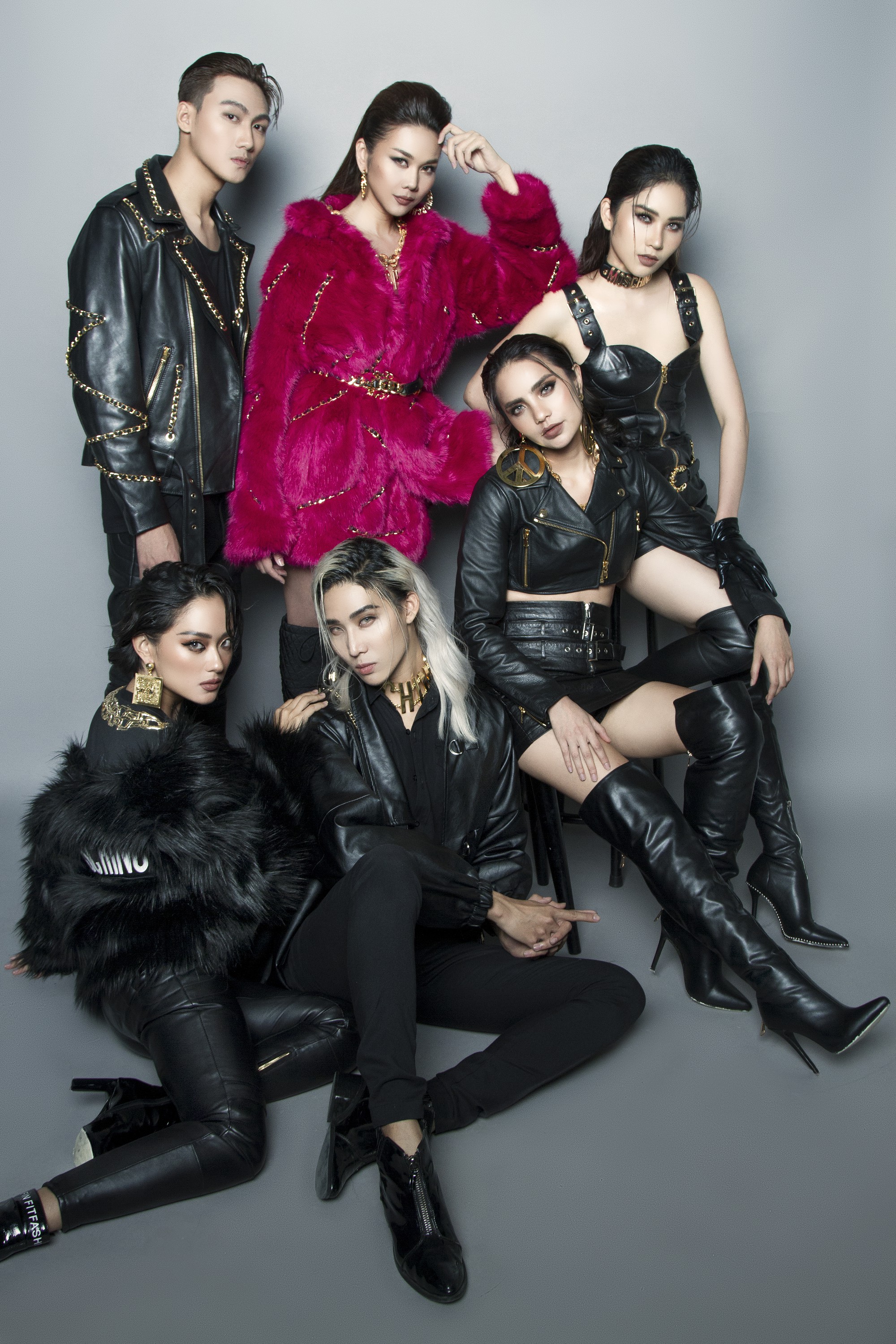 Thank you for sharing Mid Nguyen!