The strongest and richest family in Vietnamese banks: unexpected movement 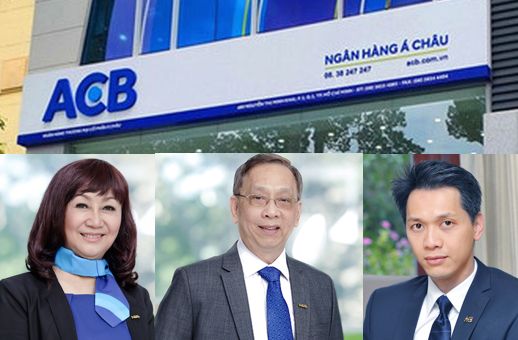 The shares of the Asian Trading Bank ACB just finished Mau Tuat year with 3 consecutive price increases ending 1/2/2019 for the price of VND 29,400.

The share price of this bank is stable, despite the fact that there will be a massive transfer of shares of family shareholders Tran Hung Huy.

In particular, Tran Mong Hung (the father of Mr Huy and also the founder of ACB) registered the transfer of ownership of all 22 992 941 shares in ACB, corresponding to a level of ownership exceeding 1.84% of the capital. Bank.

The total number of shares transferred by these three persons is over 51 million units. All 3 transactions have the same purpose of capital injection and are expected to be implemented from 14 February to 14 March 2019. Due to transactions through the ownership system and internal implementation of the Vietnam Securities Depository Center in this group of shareholders, stock prices on the floor are not affected.

Speaking in the press, Tran Hung Huy also confirmed that his family was not selling to any market, but it was just a restructuring of family ownership and internal forms.

Tran Hung Huy himself also registered to buy 4 million ACB shares during the same period to meet his personal financial needs, assuming that he would increase his ownership to 44 million units. taste.

It is worth mentioning that the number of all market participants increased to 355 throughout the market, and there were 64 stocks that reached the ceiling, exceeding the number of losers (187 losers, 26 shares in the floor).

Liquidity is still low, pointing out that investors remain a priority to keep money through Tet rather than to spend money on stocks. Only 140.79 million shares were traded on the HSX market, which corresponds to the trading value of VND3,890.7 billion; This HNX figure is 15.25 million shares, which is 168.92 billion. There are still 866 non-transaction codes.

As the EIB and BHN reached the limit, these two codes had a positive impact on the VN-Index's key index at the end of the week. In addition, the index received support from BVH, TCB and CTG. However, only the "big" VIC has fallen sharply, taking into account the main index to 4.95 points, without falling, VCB, HPG, PLX, VRE, FPT, SPB.

According to BVSC data, the market is expected to increase in the first trading session after the holidays.

However, fluctuations in the index will largely affect global market fluctuations. Therefore, BVSC believes that a large part of stocks over a long Tet holiday will create many risks.

The proportion of this period is recommended to limit up to 20-25% of stocks. Trading activities can be considered if there is a clearer signal to the market about trends after the holidays.