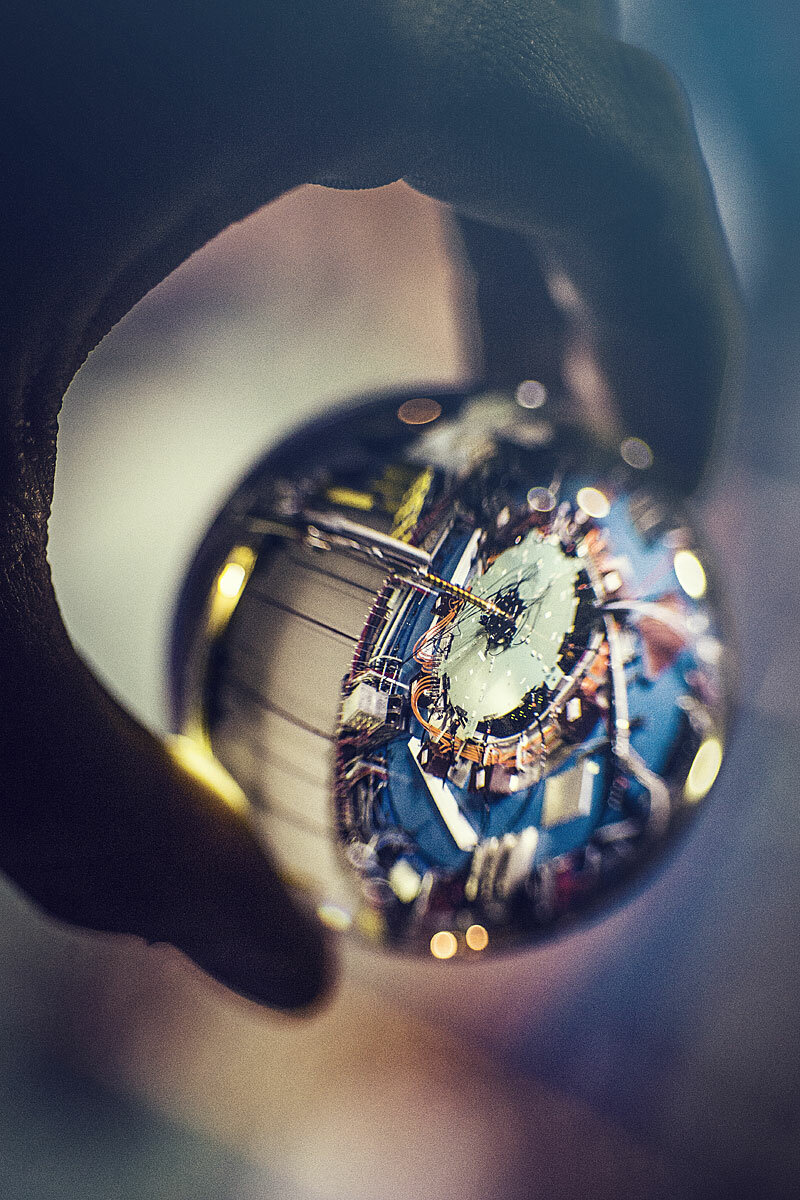 The main theory of how the universe began was the Big Bang, which says that the universe existed as a singular, one-dimensional point with a wide range of significant particles 14 years ago. Very high warmth and energy led to their inflow and expansion into space, as we know it, and enlargement continues to this day.

The initial result of the big bang was an intense hot and energetic liquid that only existed in microseconds, which was about 10 billion degrees Fahrenheit (5.5 billion Celsius). This liquid contained at least blocks of all material. As the universe cooled, the particles decomposed or merged, creating … well, everything.

Quark-gluon Plasma (QGP) is a name that is called this mysterious substance because it consisted of quarks – fundamental particles – and glosses, which physicist Rosi J. Reed describes as "the whales used to talk to each other".

Scientists such as Reeds, a docent at the Department of Physics at the University of Lehen, whose research includes physics of experimental high energy, cannot come back in time to explore how the universe began. So they create the conditions again in the face of heavy ions, such as gold, at an almost light speed, creating an environment that is 100,000 times hotter than the sun's interior. The collision mimics how quark-gluon plasma became a big bang, but in the opposite direction: heat melts ionic protons and neutrons, releasing hidden quarks and glosses inside them.

Currently, there are only two operational accelerators in the world that are capable of colliding with heavy ions, and only one of the US-Brookhaven National Laboratory relativistic heavy ion collectors (RHIC). It's about three hours drive from Lehigh, Long Island, New York.

Reed is part of the STAR Collaboration, an international team of scientists and engineers who run experiments on solenoid tracker RHIC (STAR). The STAR detector is huge and actually consists of many detectors. It's as big as a house and weighs 1200 tons. The STAR specialty is to track thousands of particles generated by each ion collision in RHIC in search of quark-gluon plasma signatures.

"There are two" buttons "that we can change in the course of experimentation: a species like gold in gold or a proton in proton, and a collision energy," says Ray. "We can speed ions differently to achieve a different energy to mass ratio."

Using a variety of STAR detectors, the team collects ions in different collision energies. The goal is to map a quark-gluona plasma phase diagram or different transition points when the material changes under different pressure and temperature conditions. Mapping the Kvark-gluon plasma phase diagram is also a mapping of the force in the nuclear force, also known as quantum chromodynamics (QCD), which is a force in which positively charged protons are combined.

"There are a number of protons and neutrons in the center of the Ions," Reed explains. "They are positively charged and must be fought, but there is a" strong power "that keeps them together, strong enough to overcome their tendency to detach."

Understanding the quark-gluona plasma phase diagram as well as the phase transition between plasma and normal substances is very important, says Reeds.

"It is a unique opportunity to learn how one of the four essential forces of nature works at a temperature and energy density that is similar to those that existed in microseconds after a big bang," says Reed.

The STAR command uses Beam Energy Scan (BES) to perform phase transition mapping. In the first part of the project, known as BES-I, the team compiled evidence with "intriguing results". Reed presented these results at the 5th Joint Meeting of the APS Nuclear Physics Division and the Japanese Physical Society in Hawaii in October 2018 in a conversation entitled "Determining Kvarken-Gluon Plasma Limits with Energy and Species Scanning at RHIC."

However, limited statistics, adoption and poor resolution of the plane of events did not allow conclusions to be drawn on disclosure. The second phase of the project, known as BES-II, goes ahead and includes the improvement that Reed works with STAR team members: improving the event plan detector. Collaborating partners are scientists at Brookhaven as well as Ohio State University.

The STAR team plans to continue experiments and collect data in 2019 and 2020 using the new event plan detector. According to Reed, the new detector is designed to accurately locate the collision location and will help describe the collision, especially as it is "head".

"It will also help improve the measurement capabilities of all other detectors," says Rays.

STAR expects to organize its next experiments in March 2019 at RHIC.