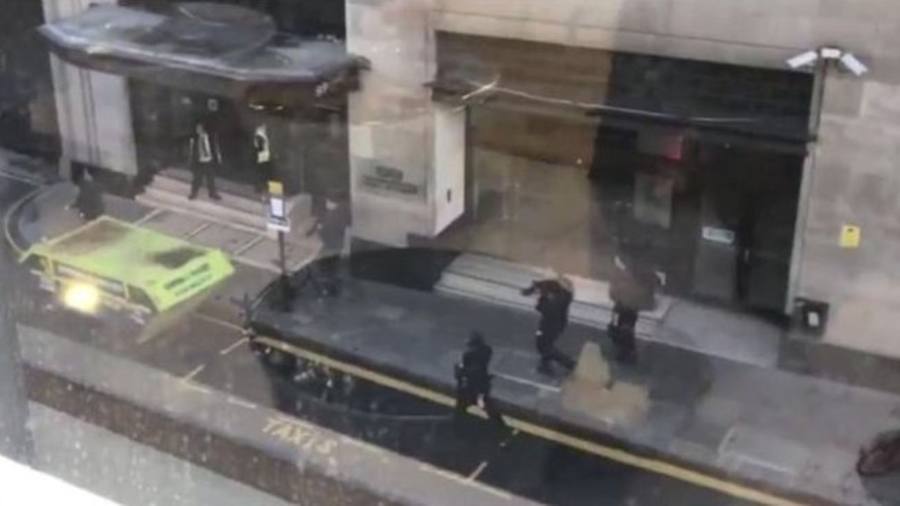 Two people were shot and one man was arrested at the Sony Music building in London's Kensington Building.

According to the Metropolitan Police, the armed police arrived at the Derry Street scene – the road where Sony has its headquarters and the Daily Mail newspaper – and arrested a person.

Two people were shot but the incident was not treated as a terrorist, Met said.

Pictures of the social media were evacuated on the street and showed heavy police presence.

"We are aware of the incident involving Derry Street W8, the police, the firearms and the London rescue service." At that time, we believe two people were injured. "The incident is in progress," Met said.