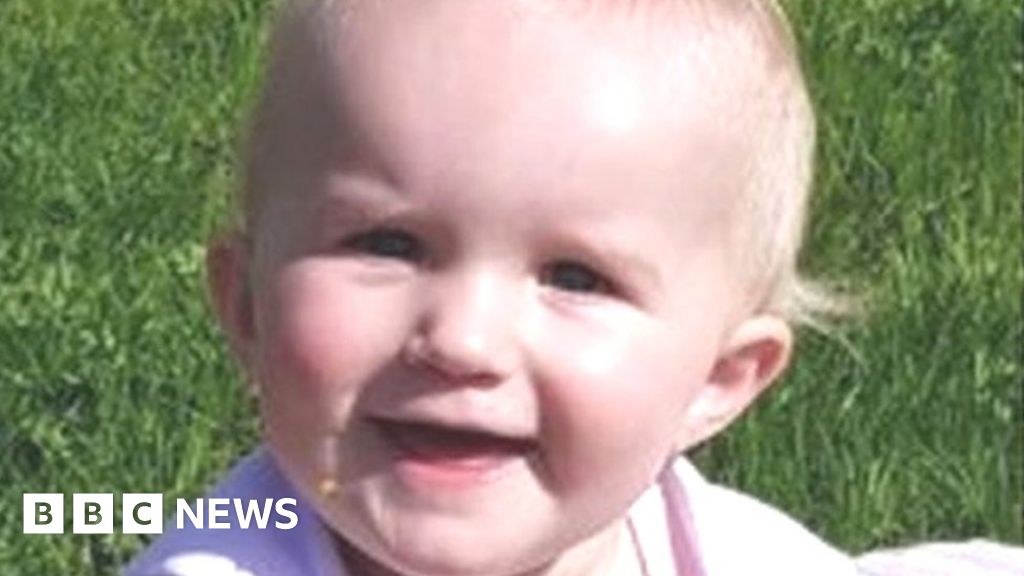 A man who murdered his partner's baby, inflicting 31 injuries, has been given a life sentence.

Ryan Coleman, 23, of no fixed address, tried to blame the one-year-old girl's death on her mother.

Mrs Justice Sara Cockerill described the attack as "a violent assault on a defenceless baby" and said Coleman would serve a minimum of 17 years.

Evelyn was found to have multiple bruising and bleeding injuries on her eyes and spine.

During his trial, Coleman claimed Evelyn had become unresponsive due to falling off a 15-inch (36cm) high toddler bed.

The court heard he had to call 999 to get her help after inflicting her fatal injuries.

They are called the child's mother at Evelyn died on 29 April 2018.

He then tried to blame her mother by claiming that she had caused the injuries.

He "showed no remorse for anyone but himself", she added.

After the trial, the girl's mother said: "The death of Evelyn – my beautiful, smiley angel, has left such a heartache that no one person can heal.

"But my love for her leaves with memories that no one can steal."

Coleman refused to attend Birmingham Crown Court for sentencing and storming out of the cross-examination.