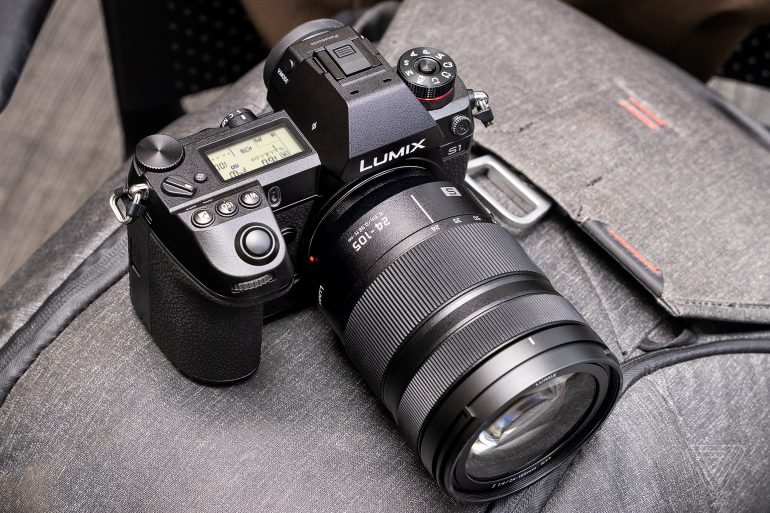 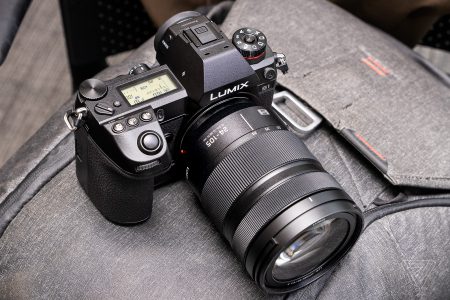 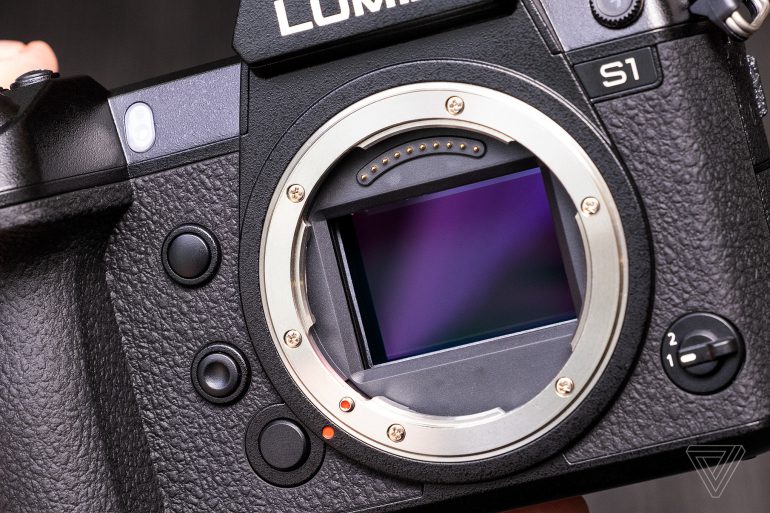 The Lumix S1 is equipped with a 24.2 megapixel sensor and a contrast auto focus system with DFD technology. It should be noted that the functions of artificial intelligence are implemented in autofocus, so it is possible to determine the focus on the human eye (although the pet's eyes are not yet defined, but the situation may change in the process of updating and teaching AI). Autofocus can also identify a person's or animal's body (including dogs, cats, birds, etc.) while tracking the subject. 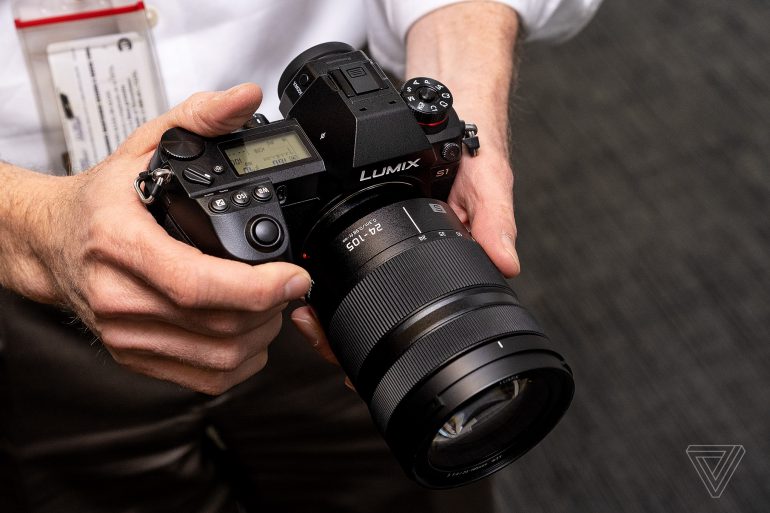 In addition, it reports the presence of the Dual IS Integrated 5-axis Image Stabilization System (effectively eliminates nervousness by increasing exposure to 6 exposure stages using suitable lenses), a rotating 3.2-inch touch screen display with a resolution of 2.1 million pixels, an electronic OLED viewfinder with resolution of 5.76 million points, shutter with 400 thousand operations. There are two slots for XQD and SD memory cards to save frames. There are also ports USB-C 3.1 and HDMI, connectors for headphones and microphone. The enclosure provides protection against adverse weather conditions. The mass is 898 g. 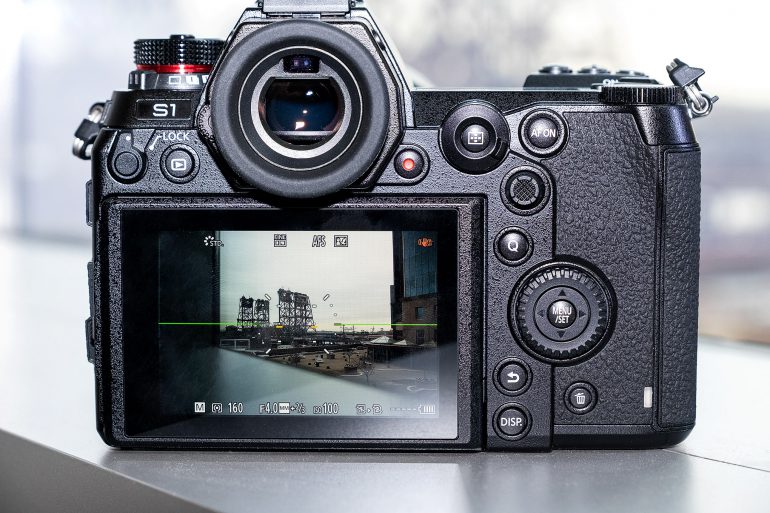 The device is capable of continuous shooting at 6 frames per second with autofocus tracking and 9 frames per second with fixed autofocus. In high definition mode, you can shoot at a resolution of 98 megapixels. The camera allows you to change the sensitivity in the ISO 100-51200 range. In addition to capturing photos, video recording is also supported at 4K60P resolution (8 bits, 4: 2: 0 color sub-sampling, APS-C culture), 4K30P (cropless), Full HD at 1780 frames per second (APS-C crop). Later, it is planned to release an update that will allow the external recorder to be recorded in 4K60P resolution (10 bits, 4: 2: 2 color sub-samples) and V-Log format. 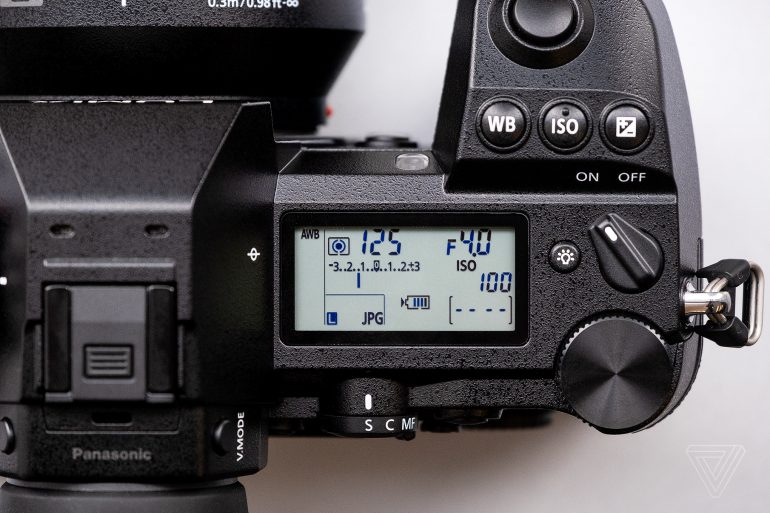 At the same time, the Panasonic Lumix S1R camera differs by using a 47.3 megapixel CMOS sensor without a smoothing filter. In this case, the sensitivity changes in the ISO 100-25600 range, and the resolution in high-resolution photos can be 187 MP. Video is captured with 4K60P resolution (8 bits, 4: 2: 0 sub-samples, crop factor is not as small as APS-C, but with pixel offsets). Other specifications are no different from the Lumix S1. 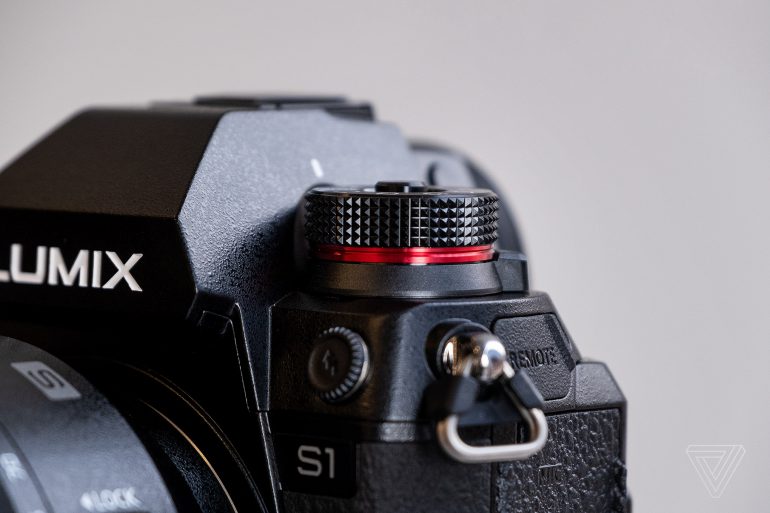 Panasonic Lumix S1 and Lumix S1R, the new camera-free full-frame camera, will be sold from April 4th at $ 2,499 and $ 3,699 respectively. In addition, it will be possible to purchase three new removable lenses with an L-mounting system equipped with an integrated optical image stabilization system: