Near Kiev at the gas station there was a fire: burned diesel fuel 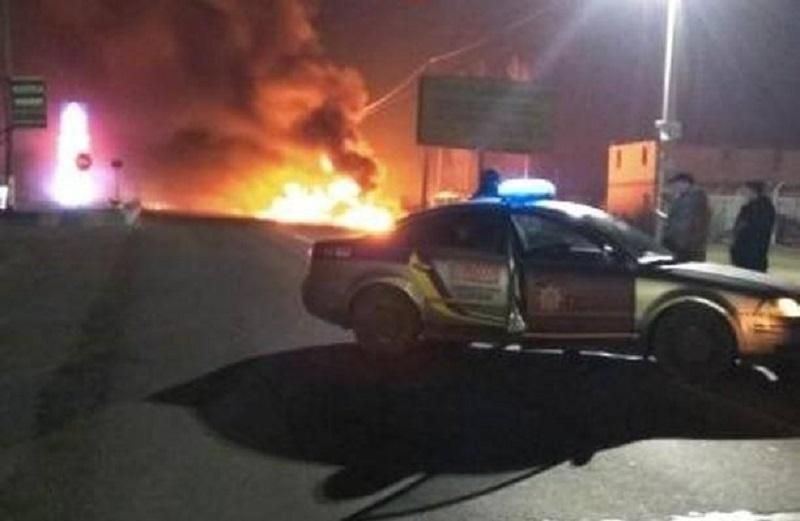 On Friday night, on November 9, in the Belogorodka village in the Kyiv region there was a burner on the gas station.

This was reported by the "Injury Kyiv" community on their Facebook page.

Also read: Large fire at a factory near Odessa photo and video

The temporary service station ignited, several tons of fuel leaked around. Rescuers on the spot and the police
– said in a statement.

The "Informer" reported that, according to preliminary information, the fire began in a barrel to hold diesel fuel.

"After the ignition, fuel began to flow on the street and on the road, because it is due to the fact that the vessel is plastic and melted at a temperature," the report says.

Watch video: fire at a gas station near Kiev