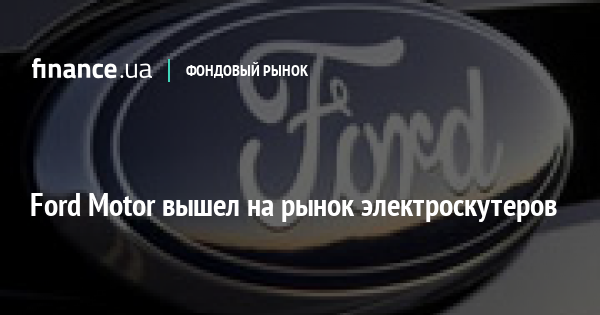 See also: Ford disables one and a half million cars due to engine problems

According to him, Ford Motor intends to launch electric scooter rental services in more than 100 cities within a year and a half.

Ford Motor itself did not report the transaction value, but the online portal Axios, referring to informed sources, said it was close to $ 100 million.

Spin Electric Scooter Rental Service was created in 2016 in San Francisco. Now the company operates in 9 major cities and 5 towns United States, its services have been used more than 1 million times. At the end of last year's funding, Spin was valued at $ 40 million. Among the closest competitors are Bird and Lime.

After purchase, Ford Motor does not plan to replace the Spin name or place its brand on electric scooters, but is ready for "substantial investment", expanding the scooter charging and repair infrastructure, and expanding the mobile park.