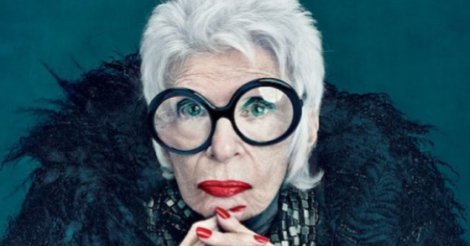 The American designer and entrepreneur Iris Apfel says it is never too late to start in today's society.

In 97, she decided to conclude an agreement with one of the largest and best US modeling agencies IMG models.

The fact that 97-year-old Iris Apfel became the new face of the modeling agency IMG Models was reported to the company on the official Instagram page.

She later interviewed a foreign WWD edition in which she noted that the contract with such a large organization was a new stage in her life. Iris also admitted that she had never hoped for long-term popularity and always counted on herself.

"Before that I have never been a real agent. I am one of those girls who" everything myself, everything myself "and I do not intend to become famous – life did not predict me. I rely on contracts and everything else. and going out, it wouldn't be long, ”said 97-year-old Iris.