Wholesale Games in 2019 are waiting for lovers of entertainment 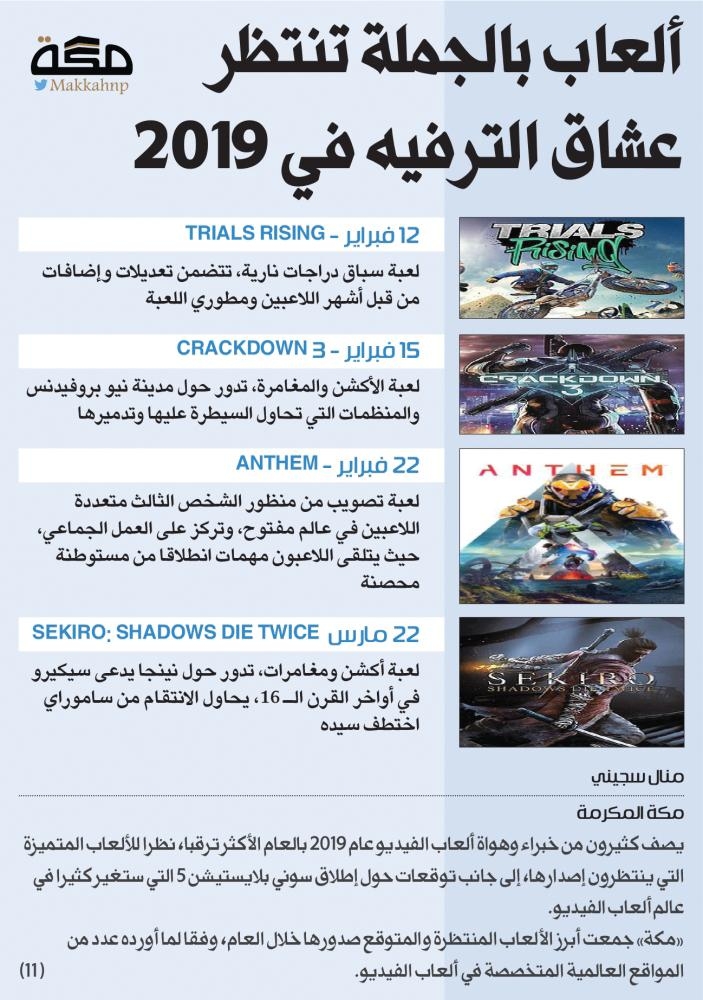 Many 2019 video game experts and enthusiasts describe the year as the most anticipated year to enjoy exciting games as well as Sony PlayStation 5, which will change the world of video games. According to a number of international video game sites, Makkah collected the expected games for the year:

The action and role play produced by Square Enix represents the twelfth of the episode and the epic final episode of The Dark Knight.

Capcom's inspired horror and adventure game follows the story of police officer Leon Kennedy and Claire Redfield when they try to avoid Racoon and fight zombies.

The competition game developed by RedLynx and Ubisoft will include changes and additions made by the most famous players and developers, the first version of the game since 2014.

Mini car racing game series Crash games. The game is a play of the original game released in 1999.

Sony's action and adventure game revolves around Serbian Daniel Fortisik, who is trying to restore the Gallome kingdom's peace.

The horror and adventure game produced by Sony revolves around Eli's story about five years after the first part of the story.

Fighting game produced by Bandai Namco. Featuring several famous anime and manga strings such as Bleach, Naruto, One Piece and Other Hunter.

A third-person shooter in an open world that focuses on teamwork, where players receive missions from fortified settlements.

The action game and adventure that revolves around Ninja's name Sikiro at the end of the 16th century attempts to take revenge on the Samurai who kidnapped his master.

Action and adventure produced by Microsoft Studios. Turns around the city of New Providence and organizations that are trying to control and destroy it.

Ubisoft's first-person correction game, which is a continuation of the previous version, providing new games in the open world.

The first-person correction game, the third part of the METRO game series, is based on the novels by Russian writer Dmitry Glukhkov.