Budin, the hero of the fourth Iron Man edition 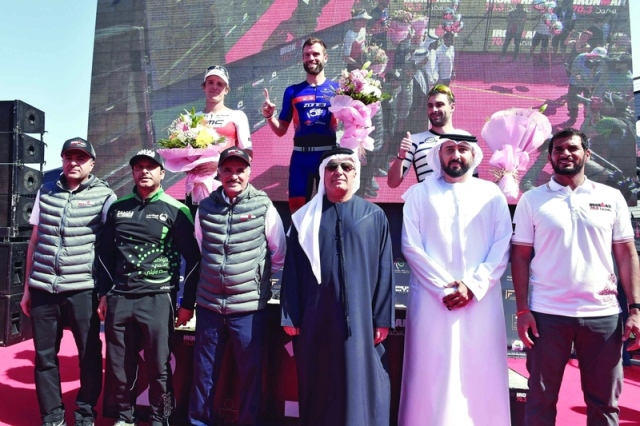 "I've made extensive preparations and quickly adapted to the conditions of the race because I know Dubai well," he said. "I use my experience to spread my energy at all stages of the race and finish the gold medal for the first time in Dubai. It's a wonderful achievement.

"The competition was strong among professional triathlon champions," he said. "I had ambitious cycling due to the wind in some open areas, but the success was well prepared. We had this wonderful atmosphere and beautiful weather.

The race started at. 7:00 with the ability to swim from Borg El Arab to the championship village behind Um Suqeim Park, and every rider rises quickly from a swimsuit and 90 km from the village of Al Qudra to the Marmum Protected Area and to go to the final point of the championship village which was decorated with the slogans of tolerance and the celebration of His Highness Sheikh Mohammed bin Rashid Al Maktoum, Vice President of the UAE and Deputy Governor of Dubai. Home », and provide recreation area fans in recent meters competitions work to encourage players to encourage them.

Most of the shots were painted on each finish line when one of the runners gave the wedding ring to their daughters, applause and bride's approval.