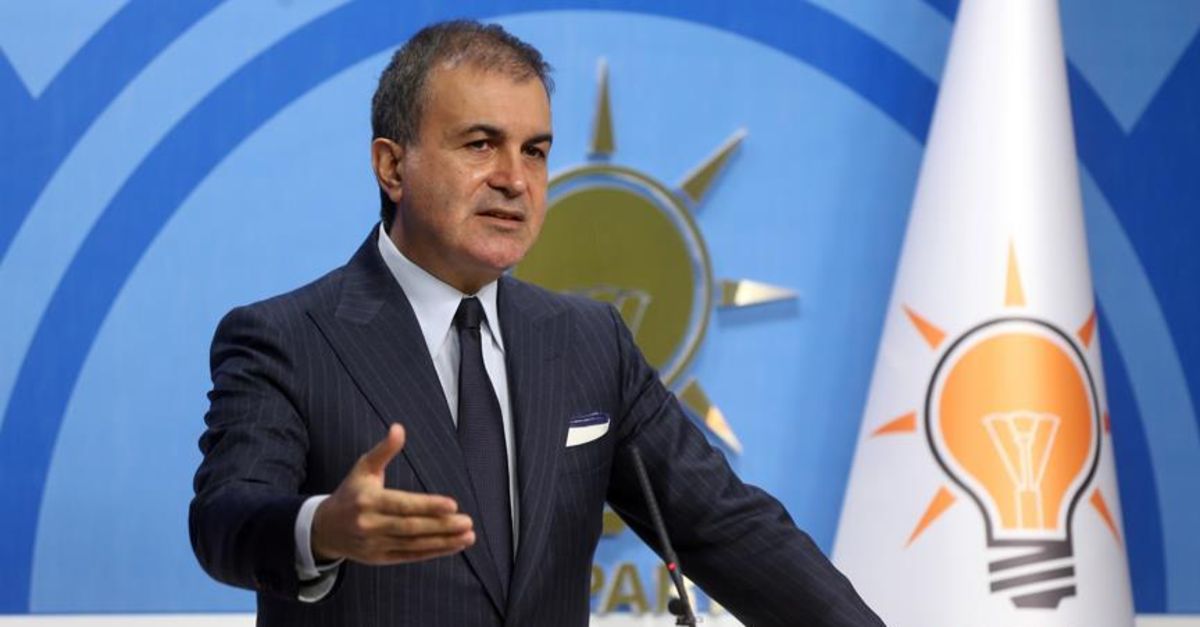 AK Party Chairman of the Central Decision Board (MKYK), Turkey and President of AK Party, convened under the chairmanship of Recep Tayyip Erdogan. AK party headquarters started at 16:30. After the meeting, AK Party spokesman Omer Celik made a statement.

The AK Party spokesman, Omer Celik, will be candidates for candidates who will be given on November 5-12, 2018.

Ömer Çelik's comments are as follows:

With the decision of the MKYK, our party implements the "central vote" procedure among the electors in the selection and ranking of candidates.

The decision was made in the Erdogan-Trump interview. This decision was a bad decision. We expected them to respect the judicial process in Turkey. Turkey was a decision that did not correspond to the depth of the relationship in US history. As a result, this was removed. This is an important step in normalizing relationships.

(Kılıçdaroğlu) The Turkish national anthem also claims that there are racist expressions. Erdogan says he did not read the March of Independence. When the national anthem is fully read, there is no racist approach. The Turkish National Anthem is our flags. Our decision to try to judge the Independence of the Hymn, no one would like such, Kılıçdaroğlu unfortunately. This is a situation that was found to be extremely bad, which we reject.

It's a fact that there is a sworn structure that does not change. As for political genetics, it has defined its mission to in the fight against change.

Kılıçdaroğlu said he knew this murder. There are sound recordings. It's a cover. Focusing facts is used when events of several events occur. He tried to focus on some foreign countries. With the personality of the deceased with Turkey, he has put forth a series of attitudes dealing with his deceased bride. They started attacking the President of the Republic. The moral of the politician is never the mouth of reasoning. You're doing it to make money from other countries. This is extremely embarrassing. This is a very painful picture. It is a shame to have such an approach. This is the tax. Turkey does not deserve it. He believes that this action was being watched live and approved by the Turkish authorities. Our institutions began questioning this question from the moment they heard it. Unfortunately, we have deliberately delayed the expression of Kılıçdaroğlu & nun from his mouth. Kılıçdaroğlu & nun attempted to do some of the external focal point diversion operations within the interior spokesperson.

(Kılıçdaroğlu) "I will open more," he says. "The court and security did not do the job," he says. We offer a formal complaint against black propaganda and defamation. Legally answered. Legal action is taken.

APPLICATION CALENDAR AND AWARDS ON THE APPEARANCE

The Republic's Federation continues. Our attention is clear. We are happy to continue this covenant with the respect of the spirit that constitutes the Republic of the Alliance. If you can not form a common position on any political issue, this does not mean the end of the alliance. He always says that we are positively fulfilling the needs of our nation. Within the framework of the Alliance's Alliance, the feeling of alliance will work spontaneously. This does not mean that the chairman's association is injured.

IN THE IMPORTANT SEA OF THE DAY