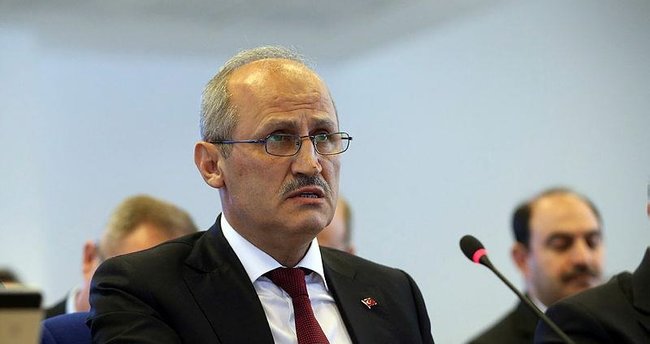 He said that the Transport and Infrastructure Minister Cahit Turhan, a three-storied tunnel Bosphorus that will be built at 10 stations, will be integrated with 11 subway lines. Turhan said the total length of the road would be 16 kilometers, the length of the metro in the project would be 30.2 kilometers, indicating that "6.5 million in Istanbul per day will benefit from the project," he said.
Turhan, who introduced the ministry's budget to Parliament's Planning and Budget Commission in 2016, said that the application for fair use quotas (IWC) would be abolished in 2019. It is expected that Minister Turhan, the age range of 18-74 years of age in 2023, to use the Internet, will increase to 80 percent. According to the Ministry of Foreign Affairs, for the period from 2003 to 2018, a total of GBP 515.5 billion, indicating that the maritime route was invested in Turhan Turhan, "the road of 319 billion, 93.2 billion railways, 52.5 billion airlines , telecommunications £ 44.9 billion, £ 5.9 billion. " Turhan is expected to invest £ 21 billion and GBP 19 billion, and investments will be made.