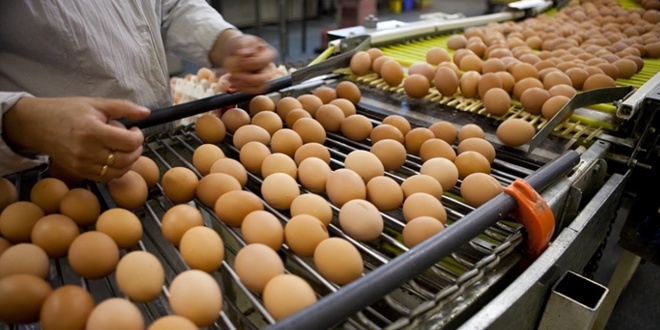 Egg exports in the first ten months increased by 18 percent compared to the same period last year, reaching 354 million dollars. YUM-ONE board member Derya Pala also noted that the industry has demanded a reduction in VAT to 1 percent.

Turkey's manufacturing infrastructure is constantly improving and pointing out that it has an important place in the world for egg production, with the increase in the YUM-A board member, Derya Pala's "egg sector ninth in the world with 22 billion pieces of production, exports with each passing year increase egg exports, despite spending and rising inflation over the first ten months of the year, increased by 18 percent to $ 354 million. By the end of the year, we expect to reach $ 425 million in exports.

In recent years, providing information on the progress of egg exports, Pala, YUM-ON has, since our foundation, conducted significant research to increase egg exports, diversify the external market and spread it to the foundation. In 2013, it reached 406.7 million dollars. Given the unanticipated decline in the bird flu epidemic in 2015, the industry began to increase its exports by recovering from lost markets with the efforts of the relevant ministries and manufacturers' efforts. The increase in egg exports continued in 2018, despite rising costs and inflation. In the first ten months of the year, it reached $ 354 million, an increase of 18 percent compared to the corresponding period of the previous year. This figure will stop the last decade record with this figure, "he said.

"The industry needs to reduce VAT to 1 percent"

The Turkish egg sector, which has a sustainable structure, meets human protein needs, as well as contributes to human nutrition by exporting them to many countries. One of the other demands is to reduce VAT to 1 percent eggs and reduce the VAT rate to 1 percent, based on the fact that the egg is the main product and the main product. cheap egg consumption is to ensure that "said.