Arosa arrived two bears – Napa is no longer just one! 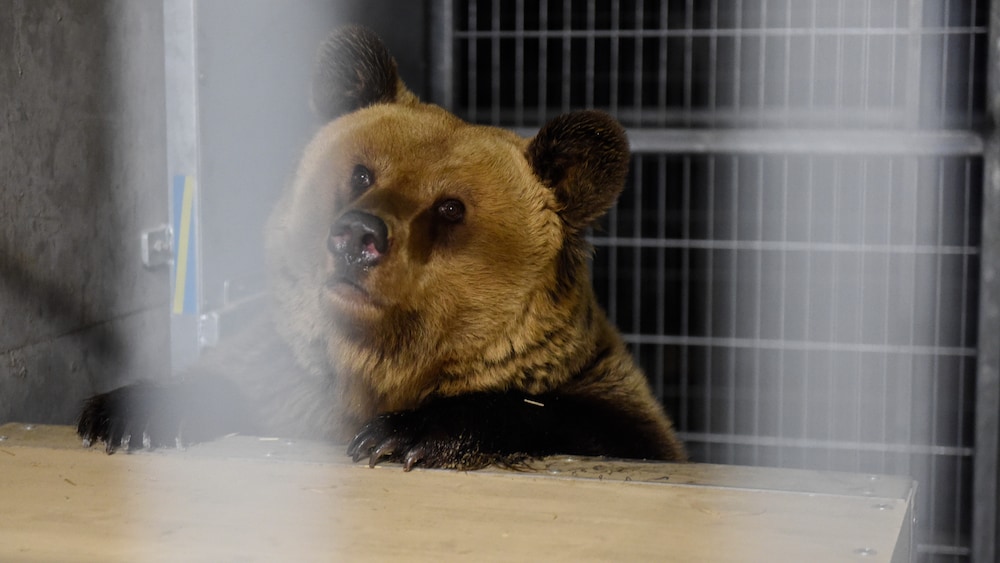 Bear Napa is two new Gspänli! On Friday, two brown bears Meimo and Amelia from Albania arrived at the Arosa ball bullet. They seem to have come traveling.

Bear bears in Arosa have been new bears since Friday. Napa's loneliness – a bear in Switzerland since July 2018 – is finally over. Animal welfare organization Four Paws has given two of the last restaurants from Albania to Switzerland.

Two thirteen-year-old brown bears, Meimo and Amelia, seem to have survived a long journey from Albania. Napa has looked at his young comrades with an interesting and peaceful arrival from their separate rooms and left their friend a moment away from sight, telling the bear state.

On Monday, the crew left for the transport of animals to Albania to prepare for the final journey of 2 436 km. It started on Tuesday morning with stunning two bears, so they could be checked for veterinary purposes and placed in transport boxes. When the bears were awake again, the big journey began from Albania through Macedonia to Greece, where they were then transported by ferry to Italy. Arriving in Italy, the journey continued through Bergamo until crossing Chiasso and finally to Arosa.

The bears were in a private zoo in Shkodra restaurant, Albania. Both had only a 60 square meter bridge, written by the bear state. The metal cage was not suitable for the species, and men and women could not hibernate.

It also caused criticism among the Albanian population. Now the bear owner wants to close the small private zoo by the end of the month.

Napa and two newcomers will now be able to swing through the fence. Then Meimo and Amelia will be introduced to the indoor space, as the outdoor enclosure is closed until further notice due to the current snow depth. Arosa Bärenland zookeepers hopes that these two newcomers will go to sleep in a couple of days.

In the spring, the socialization of the outdoor camera is expected, with the Arosa Bear Land with three hectares at any time, is a great opportunity for every bear to retreat. (Fr / PMA / Man)