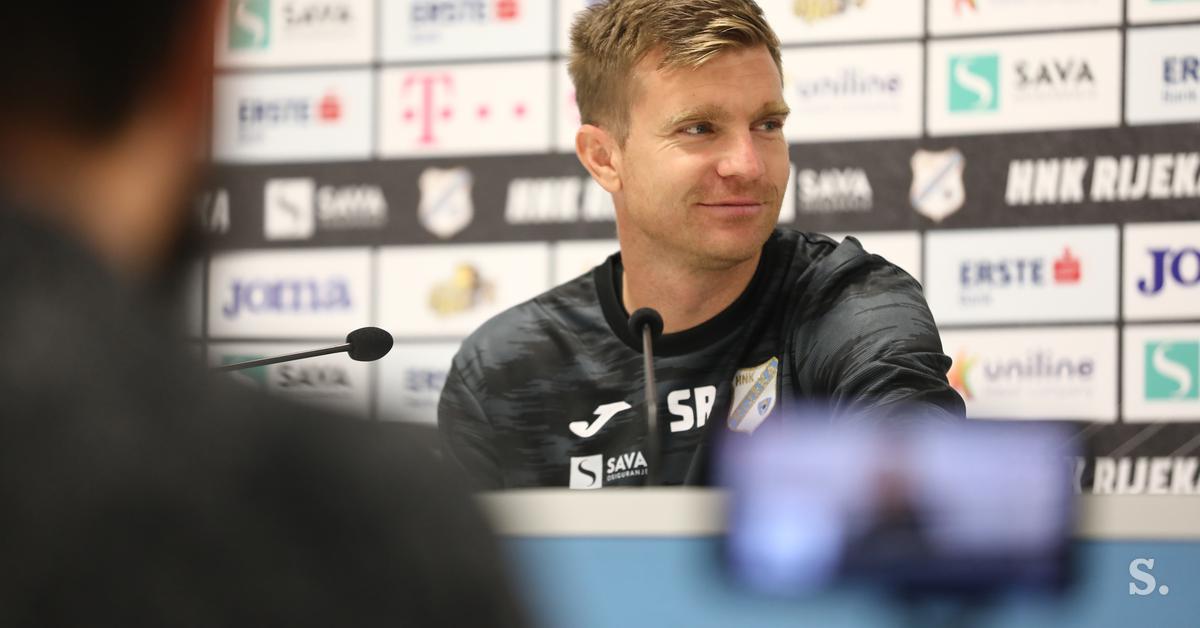 "I apologize for the language. It may be a Slovenian word, but I promise I will quickly learn Croatian," Simon Rozman first said at a press briefing as NK Rijek and then spoke Croatian almost perfectly for 15 minutes. This, of course, surprised the people of Rijeka and their fans. He was careful about what he had promised and expected.

"I am delighted to have the opportunity to introduce Simon Rozman, the new coach of Rijeka. This is a young coach who, within a very short period of time, has gained a reputation as an outstanding coach and person both in Slovenia and in the wider world. I wish him good luck and success, "NK Rijeka's sports director first told reporters. Srečko Juričić adding that according to Matjaz Keku another Slovenian signed a three-year contract on Rechanov's bench.


"Thanks to the club for their trust and opportunity. All of me have been very welcoming. I came to a club that means something in the region. A very organized club with always clear and high goals. We quickly agreed on two, three decisions were easy but less difficult, light because it's an exceptional club with huge fans, but tough because my predecessors on the bench in Rijeka did a great job, including last coach Igor Bishchan in big shoes, but in the end the pitch will show you how and what. that I will give all my knowledge and energy to the club, "he said at first Simon Rozman, who after today 's only training in the cup race tomorrow, will be debuting on the bench of Rijeka, which will compete with the lower team from Buja.

Following the introductory remarks, the young 36-year-old former coach of Domzala and Celjes responded to several local journalists in fluent Croatian who came to greet him. Of course, this surprised him and earned him some praise in the various social networks that Rijeka fans gather for.

What Simon Rozman talked about:

"It all happened very quickly. We met a while ago when we were in contact. Now we got really fast. In two, three days. We talked about who and how. It went fast. Getting to know people and players."

How much information is there about Rijeka:

"Quite a few. I also talked to previous coaches, who told me nice things to say about the club and the football players. I don't know the other details, but I already knew a lot about Rijeka. We are close, we follow Croatian football. it is clear that you are working 24 hours a day to get as much information as you can, I got it from all sides, but most importantly how we interact with the players on the field.

"I am not looking for an alibi, but we will definitely need some time at the beginning. But I know what our business is. It will take a little patience. I would like to keep this great atmosphere in the club and go the right way. to stabilize the situation so that the players accept some of the things I insist on. So we have a good situation in the club and do what's most important. "

About the game system:

"I'm going to introduce the players to how I see the team and how I want them to play. Our main goal is to get people in the stands to enjoy our game. If it all comes together, I trust you will see Rijek who will be attractive and will go to all competitions to win. "

"It's no secret. The club has clear goals and he knows what he wants. You know we have high goals. We want to go to Europe. What's more will be great." 
About joining a non-crisis team:

"Definitely the current situation for the club is new. Usually the coaches leave with poor results, this time it's different. This is also a special situation for me. Let's continue to do a good job and do our best to be more successful."

About being a trainer:

"That's right. I've been training a lot abroad, too. I've learned a lot about analytics and stuff like that, but it's indirect. The most important thing is what happens on the field."

About Matjaz Kek as weights:

"We know his success story, but I don't want to go back. Every coach has his own philosophy and his own way of working. We know who he was. Now the situation is different. We have a new era ahead. I'm interested in good training today, then tomorrow is first game. We have to go ahead and score a goal. "

About debuting after one training session:

"Every game is a challenge. We all go with the same goals. We are Rijeka. We always want to win. It's important. It's definitely not easy, because it takes time for a coach to see some things, but given that it has worked well, it will be easier. " 
On how many times he has been to Rujevica:

"I watched three or four matches live. For my own benefit, I watched not only the Croatian League but the rest. I liked the atmosphere. It felt positive energy. The team always responded positively to the bench energy. That's what I wanted, so I said the decision was easy.

About Scores and Player Creation Pressure:

"The story is very open. Everything is known, there is nothing to hide. I like it because the management has a vision and it doesn't change from week to week. We know what we want. I come here to develop the players and get a good result. are what we want them to be, then it will coincide. "

"I am really pleased with his vision. I have received a very warm welcome from him and from everyone else. As if in the world of football it should be permanent, but it is not. I am thrilled."

"They have always been very important to Rijeka. The energy of the stands has always been felt. I would like people to recognize that, come to Rujevica and we are all doing something that we enjoy."

On the special link between Rijeka and Slovenia:

"We are neighbors. That's a nice thing. I could say we live together. I want this tradition to continue."

Recent data: Most patients have died since the #Live epidemic began

Liverpool to come to life as ‘North Hollywood’

Skender: Make Christmas better for us and give us peace of mind

According to the JSI forecast, measures could be taken after the current epidemic after 19 December in Koroške Novice