Mura Kidričevo jumped up. A gate was scored in Domzale, which will be discussed later. #video 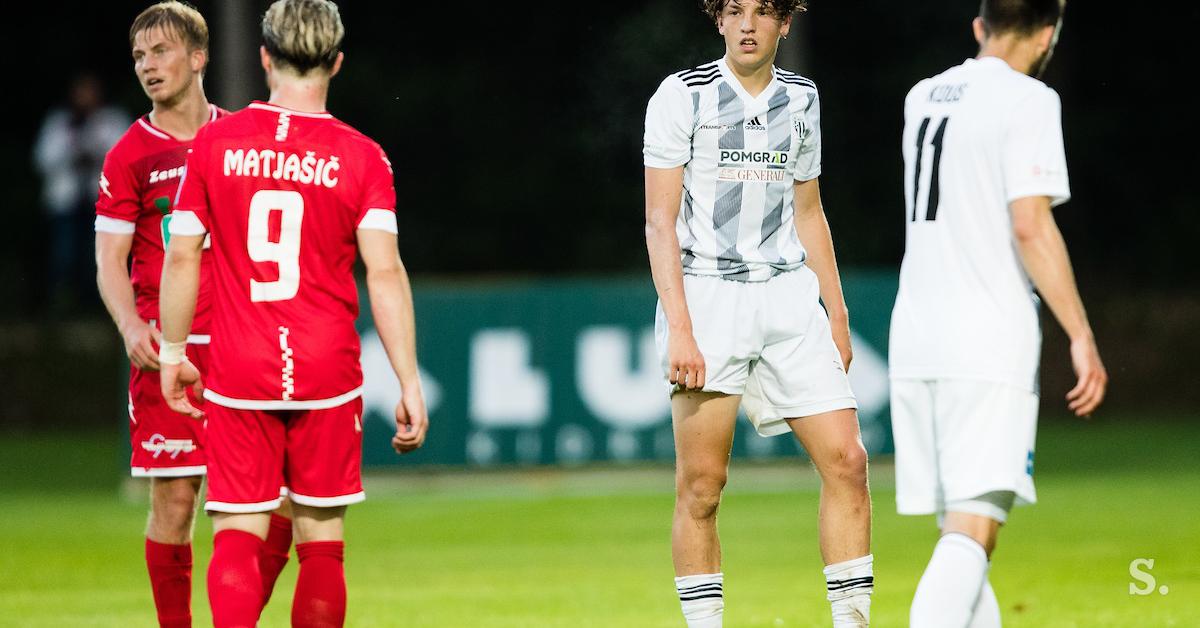 The new Kai Cipot brought Mura’s victory to Kidricevo, with whom she jumped to the top for at least one day.
Photo: Grega Valančič / Sportida


On the night from Saturday to Sunday, Mura will spend at the top of the championship table, ahead of Olympia and Maribor after the victory of Kidricevo.

Guardian Anteja Šimundže after the first half at Aluminum, which is the penultimate, it didn’t look good. They were 0: 1, after he penalized Mura’s defense error in the 20th minute Alens Krajnc, but they were also better opponents of Aluminum footballers.

At this point, it was obvious that the players of Prekmurje lowered the tempo and became more defensively oriented. Less than 15 minutes later, in the second half, Mura took the lead and, as it turned out, also won, after that we no longer saw a change in Kidrich’s result.

First, he scored 1: 1 in the 51st minute with the fifth goal of the season Luka Bobičanec, and eight minutes later he struck another young man Kai cipot and set the end result.


Rajcevic for a draw in Domzale, where we saw a great goal

Domžale footballers scored masterful goals in the first match of the round Gregor Sikošek, who scored a career goal in the 21st minute, led most of the match against Koper, but then passed on to Koper. Dare Vršič and shooter Alexander Rajchevich, after the corner at the end of the match took care of a draw. This was the first gateway for an experienced Slovenian defender who returned to Bonif in the summer ten years later in Maribor.

After 93 minutes, Koperam got through on the right and was very close to equalizing for the home side, but didn’t get the shot away. Nardins Mulahusejnovičs, but at the moment the best scorer of the Slovenian championship did not prove himself and sent the ball past the goal.

Sunday’s schedule will start at 12 o’clock. This will not be the first time that the first league match at the Spodnja Šiška Stadium, which does not have enough artificial lighting, will take place over lunch. Bravo and Tabors, separated by only two points on the scale, will join. With the victory over Sezana, the new Ljubljana club would make a big leap in the test and knock on the door at the top of the table.

“We are lucky that all the players who used to play less trained well and proved it in the match against Mura. The others who were a little tired are now a bit refreshed. The situation of our staff would be difficult now. Better, which gives optimism before the championship continues , ” before the collision with Kraševci think a home strategist Dejans Grabičs.

Bravo has taken Tabor twice in the first league so far and won both times.
Photo: SPS / Sportida


Bravo will try to continue the 100% series in home matches against Tabor. Last season, when Bravo was baptized in the first league, he won 1-0 and 2: 1 at the Jacquard Stadium, and this time he will want to take revenge on his opponent for a break in the 7th round, when the yellow left empty hands with 0: 2. the network he defended at the time Matija Orbanić, shook the Greeks Christos Rovas pa Leons Sever. However, as Kraševci plays much less successfully away, this time the favorites are Ljubljana.

Olympia revenge for the draw that elevated Celje to the throne

The delicacy of the circle will be in the city of princes. At least that should be the case, although there are fears that Olympia will not show everything it knows. After a tense Thursday and a valuable victory over Maribor, the Ljubljana camp admitted that they would be much better off playing a duel in the princes’ city a day or two later than on Sunday. The umbrella association was also notified, but no changes were made. It stays on schedule.

The Ljubljana team will play in Celje at 2 pm, which will also be a repeat of the most important meeting of the previous season, when both competitors competed in the grand final and decided on the title of champions until the last seconds. It ended with 2: 2 being chosen Dušan Kosičs enabled historical name. The dragons were too short to hit. They can take revenge on the defenders of the title on Sunday. They have already beaten them this season in Stožice when he reached 1: 0 Mirals Samardbičs. Until recently, he recently succeeded as captain Timi Max Elšnik, will not be in Celje, as he has to take part in three more banning matches.


Dragons don’t have many days to recover, so they can train Dino Skenders rotated the team, and the last three Croatian newcomers will come in handy. The question is whether the most productive player of the competition will be ready Đorđe Ivanović, who before the derby with Maribor, brushed his teeth and helped himself with painkillers. Photography is also hot Andres Vombergar, Celjani is still waiting for the first goal since he returned to the city of Savinja Novel Bezjak.

A few months ago he was an “Olympia” footballer, now he wants to help Celje climb as high as possible and leave the bottom of the table. As Celje’s Thursday game in Sezana was canceled due to a frozen pitch, Sunday’s match against the ever-improving Olympia will be much calmer, and the hosts will take care of online charity sales and help people before the game, even though it’s in front of empty stands. trouble.

Maribor after the tenth victory in a row over Gorizia

Maribor may retain first place after the 16th round, but they will have to justify their favorite role in the match with Gorica. In Ljubljana Moorish Camoranese not everything turned out at will. The purple strategist explained after the match that the winner was determined by the greater efficiency of the Olympia strikers. In Maribor, they wasted the best opportunities Jasmins Mešanovičs inside Rock Kronaveters. Will they be more precise against Gorizia, which is in dire need of points in the struggle for survival, trying to connect with its neighbors on a large scale?

” Derby is a derby, and it requires quality performance in all respects. Analyzing our own performance, we did not play best. But not as ‘bad’ as he wants to appear. Now it is only important to focus fully on the Sunday match. It is not necessary to step up the whole event in a negative direction, because there were enough positive issues, because otherwise I do not think that we could be the first on the scale and that could be the capital of the autumn finish. Boys have proven so many times that they know how to choose themselves from different situations. With all the help of the club and the support of the fans, even when they are not in the stands, we are determined to go to these last four games in 2020, “said the sports director. Olivers Bogatinovs.

Maribor wants to forget about the defeat in Stožice as soon as possible.
Photo: Vid Ponikvar


Maribor will drive the tenth anniversary victory in a row over Gorizia. The series is exceptional, Maribor has beaten an old acquaintance nine times in a row, and the goal difference is 30: 3. For them, this will be the 99th game in the period of independent Slovenia. They didn’t just meet last season when Roses fell to another league. They do not want to return there, so they strengthened the team with returnees after a bad start to the season. There are also three of them who once played in Maribor. These are Goran Cvijanovich, Etienne Velikonja inside Nejc Mevlja, which will not lack additional motivation and experience.

“It was undoubtedly a painful defeat for Maribor, so the match against Gorica will be very important to them from the point of view. This could be our chance to take something away from that match,” the 17-year-old winger predicts before one of the toughest away games. Tias Begic. According to him, roses are the most difficult to form attacks and conclusions. He is sure that it will get better soon, the team just needs to gain confidence. Success in the People’s Garden definitely raised him …