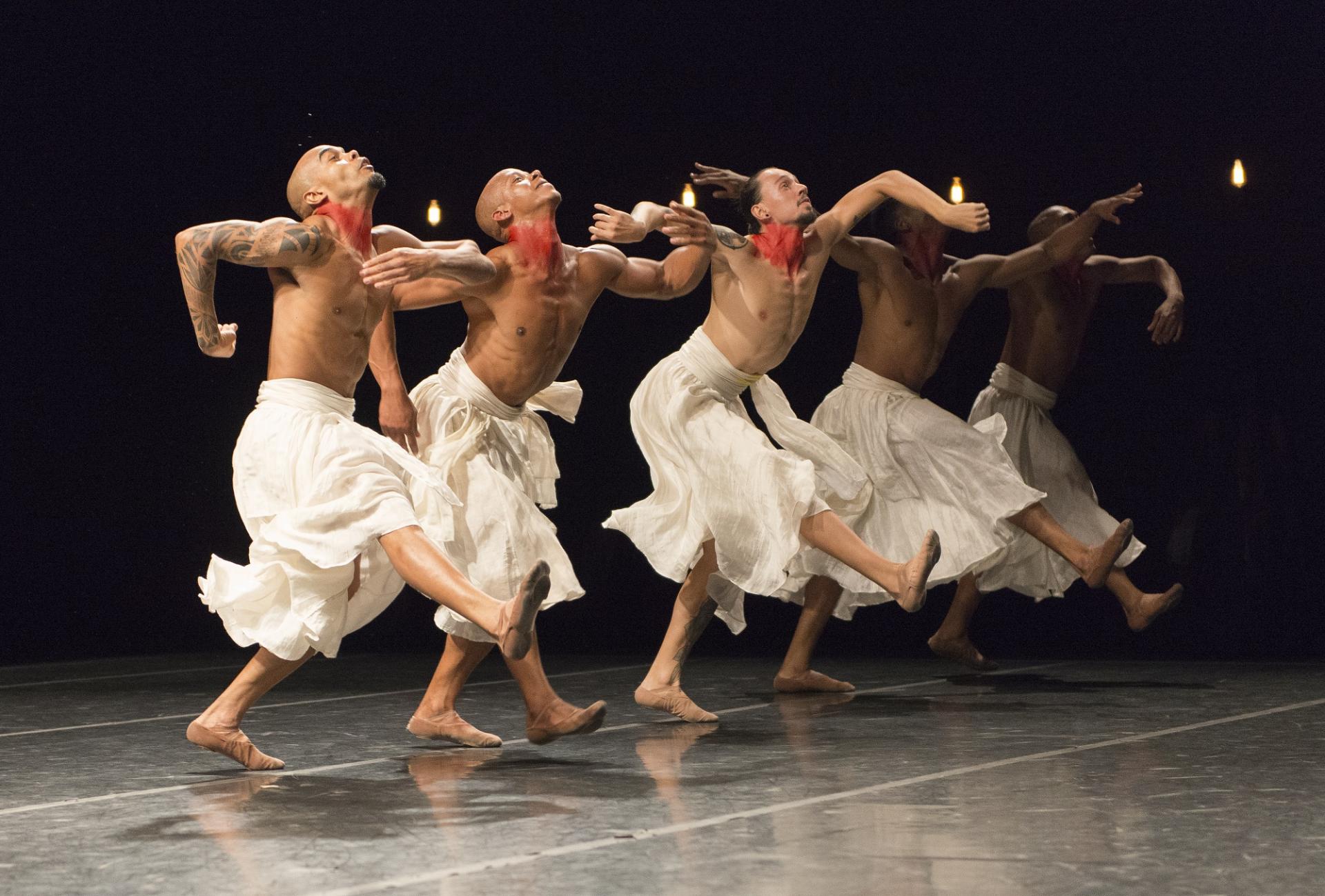 After five years, the famous brother-dance group Grupo Corpo returns to the great Cankarjev's mind. Within the Seven Mysterious series, they are at 7:30 AM tonight Dance Symphony in Rotation. Group artistic director and founder Paul Pederneiras It is Dance Symphony which will be launched in 2015 with the 40th anniversary of the group's activities. His brother, choreographer Rodrigo Pederneir, is with composer's music Marc Antônia Guimarães, written specifically for the band, brought together the best choreographies in the 40-year repertoire and created the synthesis of choreographic elements, which became the brand of this group.

The performance landscape consists of gigantic scenery consisting of thousands of photographs from artist archives and other creators who have collaborated with or influenced the group over the last forty years. Choreography Rotation (in the photo), together with the music of the Brazilian fusion group Metá Metá, explores African cults – the legacy of former tribesmen of black slave tribes. In 1975, Grupo Corpo created Paulo Pederneiras in Belo Horizonte, Brazil. Their debut Maria Maria, created in the brain management Oscar Araiza, he remained on stage for six years. In 1981, Choreography was taken by former dancer Rodrigo Pederneiras.

For him, the group sets up a second hit in 1985 Preludio, theatrical work with twelve Chopin preliedes. In the following years, the band began to combine classical techniques with contemporary Brazilian dance performances based on Richard Strauss, Heitor Villa-Lobos and Edward Elgar's musical works. The radical transformation was achieved by producing 21, a ballet that demonstrated the uniqueness of Rodrigo Pederneir's choreography and the recognizable identity of the dance ensemble.