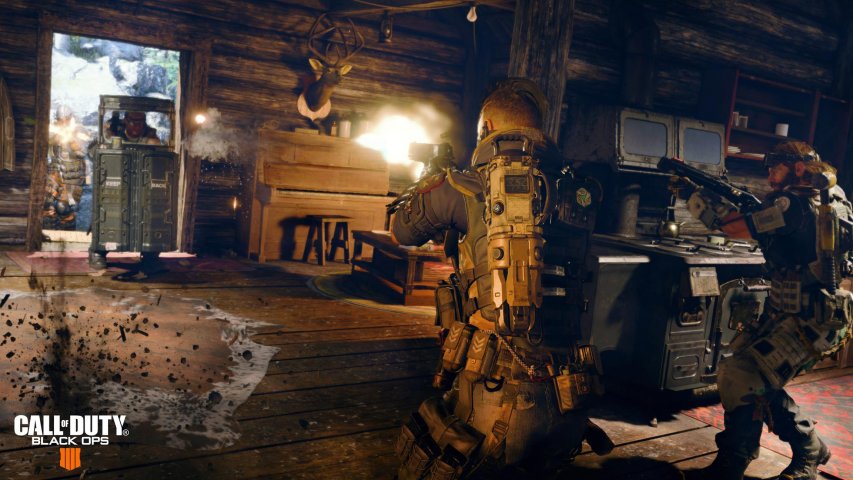 The previous Treyard Q & A tester has revealed a number of developments in Black Ops 4 development.

In most cases Call of Duty plays quietly. There is hardly any information, and therefore we do not know how the Call of Duty development works smoothly. But with Black Ops 4 it's different.

Former Treyarch Q & Tester He talked about reddit for an interesting experience by checking and correcting the game. He confirmed his legitimacy by revealing the Easter egg of the Christmas fashion, which has not yet been revealed.

First of all, he spoke about the campaign. According to his statements, he was The Black Ops 4 campaign is scheduled to take place in the first half of 2017. The campaign should have been in shape 2vs2 co-op competition to complete missions. In some stages the teams had to fight side by side, at other times they had to fight with each other. According to his statements, he even had The five missions were virtually completed, but in mid-2017 the campaign was completely abolished (possibly the authors of the Battle Royale Mode were discovered: D). However, this statement rejects Treyarch's announcements that they have never planned a game.

At the same time, this Q & Tester said that the game, responding to fans and players, has relatively big problems with errors, technical problems and troubleshooting. However, according to Treyarch's comments, Treyarch is not interested in making mistakes if he is given a big poster or Youtuber in the stream. And then they start pushing to eliminate these errors. According to him, developers knew about a number of existing failures and issues that were not fixed, because they believed they would not reach more members.

From other interesting information that we offer, we can say that each DLC package will include 1 zombie card and the first one will prequel to Choa's story with four new characters. He also discovered that the game will definitely be there Nuketown Zombie Cards and that the authors want to play the game 4vs4 mode in zombie mode.

Did you find a bug or tip about an interesting article? Write to us!

Information about the author

More articles from this author