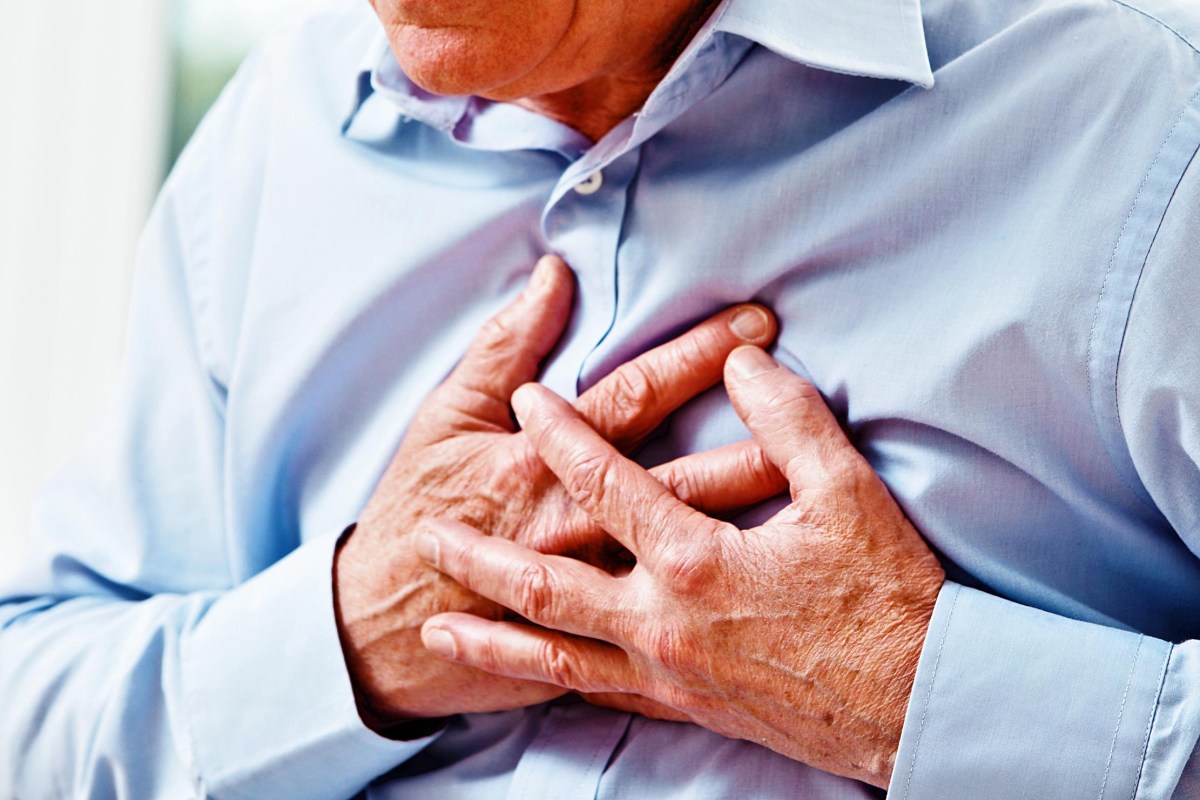 The study reveals that thousands of British, ten thousand deadly heart scans, due to lack of NHS staff and scanners.

The official guidelines indicate that all patients with symptoms of angina pectoris, such as chest pain, sweating and nausea, should be declared.

But figures show that at least 41,374 patients – more than one in three – failed to obtain the tests they were entitled to in England in 2017.

They took a less rigorous exercise test that could not identify arterial blockers that trigger heart attacks.

The Royal College of Radiologists, who collected figures, said that some patients face CT scan coronary angiography that will wait for six months.

Doctors said the scandal is that the runner scans more courageously than patients with a potentially fatal heart problem.

They want more investment for imaging experts and the latest scanners to ensure that all patients with chest pain receive a scan.

In my opinion, normal pain and leg pain may be signs of a serious DVT

This is the best thing to eat before the morning workout

Brits lag for the benefits of life expectancy in the EU, as the UN calls for action on British toxicity

What is the South Beach Diet, which foods are limited, is it safe and have any success stories?

But, since the CTCA scan covers a number of different studies, the actual number of patients who are missing is greater.

"It does not hurt the fact that we lack the ability to provide what would be a routine routine test for anyone who feels chest pain.

"Instead, in many hospitals, it's easier to get a magnetic resonance scan for a runner with a tricky path than for patients who have a heart attack to get CTCA.

"Deadly heart disease is not used because we can not properly deliver these scanners across the UK."

Dr. Nicola Strickland of RCR said: "It is very sad that CTCA technology exists to diagnose life-threatening heart disease before it kills people, but patients are denied access.

"The UK Government is not able to invest in the training of radiologist doctors to report on these scans, as well as the latest CT scanners that they need to do."

Prof Sir Nilesh Samani from the British Heart Foundation said: "It is worrying that there is no better access to CT scan in the UK than in some patients with heart disease without a possible rescue diagnosis.

"Studies supported by BHF have shown that patients with angina pectoris who are part of their assessment have a less likely to have a heart attack or die.

"It's important for these valuable scans to be made available to people who need them."

Coronary heart disease kills 180 people every day in the UK.