Tadi scored from the penalty spot, Ajax ruined his game 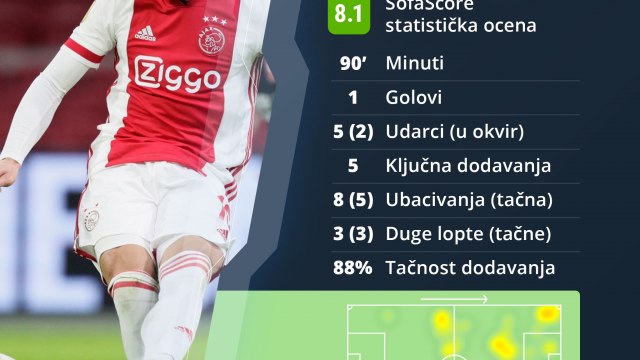 Guests from Enschede completely beat the “javelins” in the Johan Cruyff arena.

The only goal for Ajax was scored by a Serbian national team player They want to Just now, from the penalty area in the 59th minute.

Ajax put pressure on the opponents 1: 1, but left too much space in the background for the counter-attacks of the guests, who eventually used it to the maximum.

Danilo had a magnificent opportunity after 84 minutes as Menigs hit the ball hard from the edge of the penalty box. However, the shot went wide.

Despite this defeat, Ajax maintained its leading position in the table.

Vitese missed a great opportunity to become the leader of the Eredivisie, losing 2: 1 in Zwolle after a turn in the second half.