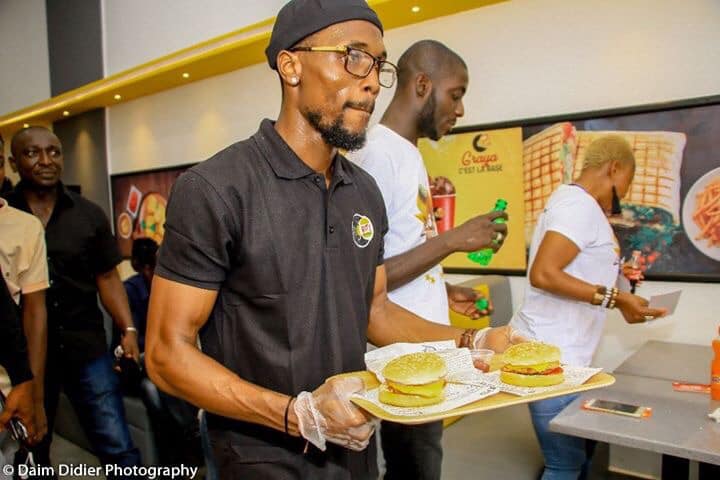 Announced only Abidjanpeople at a time when the system was just at work, HIT fast food, first, kind of chain fast food versus Serge Beynaud; was officially opened this Saturday, April 6, 2019. Most popular with many direct social networks. Trace Fm retransmission from Mockey Town on the outskirts of Abidjan to Bassam Road, where Hit Fast Food is located. Many media and artistic celebrities, all in a beautiful carnival atmosphere with the presence of many children, artist fans. If there is one image that will mark the spirit, then the site manager is a real orchestra conductor who turns the server's T-shirt into bling-bling scenes in the hands of a tray that wanders between different service tables.

Going to the HIT fast food restaurant Serge Beynaud Mockey City on the way to Bassam will not only eat good burgers with the taste and Côte d'Ivoire recipes, but also and above all to serve the site's captain. The artist, outside his celebrities, opened his restaurant. The image that has made social networking has created many compassionate reactions. Beautiful marketing in the picture of Beynaud, whom he did not hold the following things: "There were so many people that instinctively it came to give hands to the servers. It was a beautiful experience. To serve, there is a need for real energy demolition. Respect for all" tormentors " , for all those people who struggle in such industries to get their daily bread.