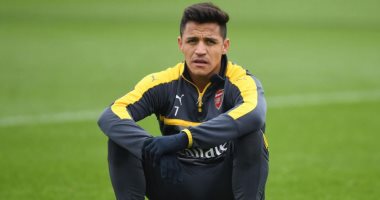 Real Madrid has begun serious talks with Manchester United Alexis Sanchez about his services in the next winter transfer window..

The Spanish newspaper "AS" revealed that the Real Madrid club is looking for a strong striker and goal if there has been lately fluctuating results triggered by the dismissal of former trainer Lopetege.

Alexis Sanchez feels lonely, tedious and uninterested in Manchester United, announcing to his closest partners that he decided to leave the English Premier League in January, one year after joining the Red Devils Arsenal..

Real Madrid is surprised by Inter Milan's Mauro Icardi, who has won 10 goals in 13 games, but the Italian team is unlikely to sell it in the middle of the season, Madrid may be forced to speed up Sanchez's contract..