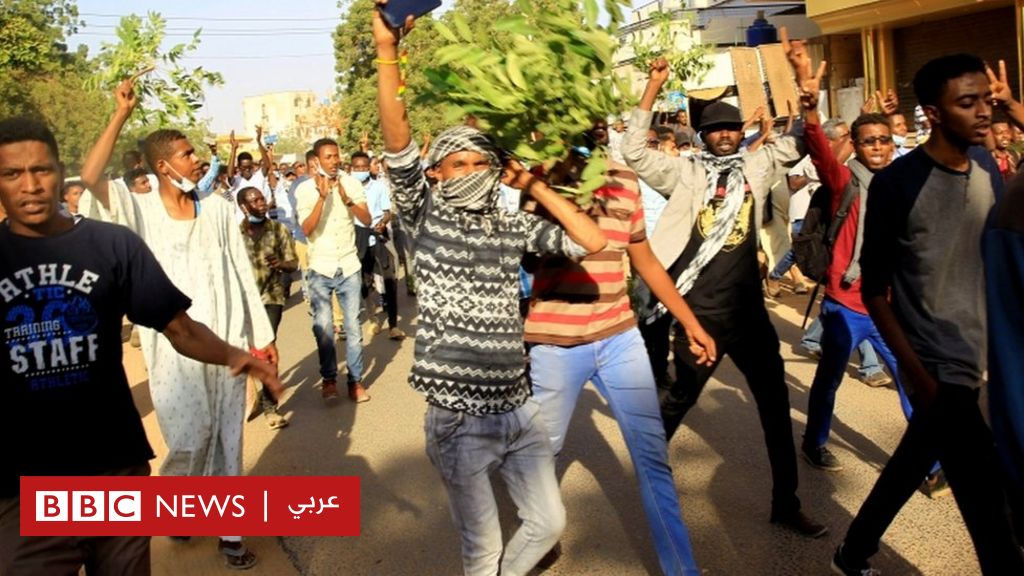 Arab writers predict that the movement observed by some Arab countriesThere will be an extension of what happened in the Arab Spring revolutions in 2011.

Some commentators suggested that the regions in the region should not be hindered by what they received in advance or later on the expected explosion.

On the other hand, some newspaper analysts said there were western attempts to use the movement that is taking place in some Arab countries led by Sudan to "in the interests of colonial imperialism for the benefit of Zionist Americans".

"Is the explosion coming?"

Khalil al-Anani in "New Arab" in London predicted that "in the Arab world" would be "explosion" due to legitimacy, economic failure and social injustice. "

"Those who think that the change in the Arab world has been curtailed by the temporary success of the revolution, and that the economic and social conditions of countries like Egypt, Jordan, Morocco and Algeria are just proof of the urgent need for real structural change to reduce the explosion, " he said.

The writer notes that what is happening in Sudan reveals that "buying time is not in the interests of authoritarian regimes, who refuse to listen to the voice of their people in a timely manner."

"The desire to monopolize power forever, without partnership or responsibility from the public and its vital forces, remains one of the factors that triggers the shock of the Arab states, which makes it stuck between fragile stability, which does not guarantee the survival of its monarchist power," t divide the country and society together. "

According to the happy Sheikh, "Al Quds Al Arabi" in London, "no matter how much oppression and the ability to control the keys of the popular movement, it does not rule out the explosion, the only outcome and the inevitable clogging. "

In his article "Youth and Changes in Sudan", the author adds that "the systems of corruption and tyranny are only trying to become a homeland for young people who applaud the government."

"In a world order, the Syrian revolution has become a bog that scares people who are constantly suppressing and harassing," says Hayyan Jaber in London's new Arabic language. "People are faced with two possibilities: submission and submission to an existing institution, acceptance of all forms of corruption, State and society, and responsibility for all protesters and demonstrators who refuse to remain silent on the abuse and abuse of authorities."

"The Syrian and perhaps Egyptian, Yemeni and Libyan, as well as the Tunisian models have become one of the most important sources of their experience and lessons for the people and protest movements with their pros and cons. This will increase the chances of future protest movements to achieve their goals and the lowest human resources. and material costs.

"The Arab people in general, with their protest movements, are taking a step, if not in many steps, from the Arab elite and intelligence, in a way that resembles the situation that prevailed at the beginning of the Tunisian Revolution," said Hayyan Jaber.

Suhair Abdul Rahim in Sudan's "Attibah" attack on the so-called "Araguzat" and "neo-opportunists", referring to statements by some politicians to withdraw from the state document.

These opportunists "honor the revolution among youngsters who have not been left by a runaway or old party party, revolutionaries who went to the streets calling for a country without ethnic, ethnic or partisan relations, came without partisan agendas or conspiracy at night, they were asking about bread, fuel, freedom and change. "

"Now, the free revolutionaries are not trying to exclude these Araguazt, let them ride on the revolutionary train, stop them and deal with them as part of their luggage, and when you are on the road, they have left them at the nearest landfill.

Rabi Shaheen believes that what is happening in the Arab arena is one of the peoples revolutions like Sudan, which since 2011 suffer from division and battle, where the possible Arab spring created by America Divide this rich country with its wealth to divided into north and south. "

From her point of view, "the next days will see another kind of American revolution."

"Sudanese people in this popular movement express the rage of the rulers who could not provide what every person is looking for in life, where he can provide the right standard for his family traveling to those who do not have their rights," she said.

Shaheen refers to the American attempts to "take the initiative to exploit the mistakes of the people who are in their industrialization and their offers to start a new American game so that an Arab citizen would have torches that open the way for them to consolidate their game both in decision-making and in decision-making. Earth's Degradation: Schemes are far beyond what we expect to be in the interests of American-Zionist colonial imperialism. "

Faisal al-Assaf Al-Hayat said: "In spite of stability, the Persian Gulf, represented by the Saudi Arabian and African United Kingdom Axes, has paid the Arabs for failures, which have made many victims at their betting table. Ben Ali, and then resigned from the revolutionary dream of being in the fight against political hell, without being present.

"The Jordanian movement on the street has become a national and national necessity and real support for the King, given Arab and foreign pressure," said Fouad al-Batayneh Rai al-Youm.

He says: "Its base mobility is expanding without leadership, thanks to people's insistence on real change, and the lack of unified leadership is not about mobility or social security or national interests, so we are competing against time between voluntary change and creating a unified collective leadership position for its unified mobility. Depth and becomes more pronounced and rational, and his political speech. "