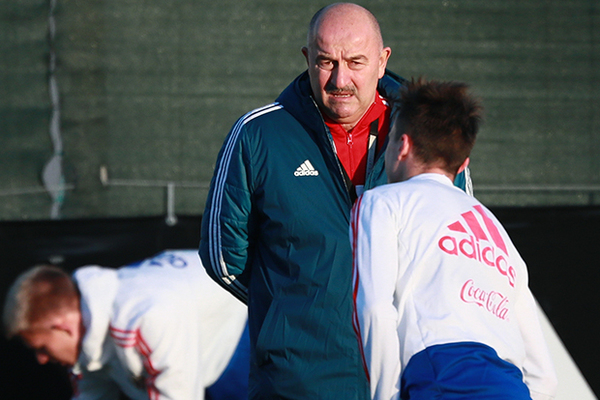 The head coach of Russia's national football team Stanislav Chercheyov spoke about why Ari called the team of Krasnodar forward. His words lead to "Championship.com".

"We did not plan to call it at first, I do not want to make too many changes at once. We followed him, would look at him next year, but since Artem Dzyuba was hurt, we were given the opportunity. Over the last couple of months, Ari played great and deserved his chance, "said Cherchev.

The coach noted that Ari himself wanted to get a Russian passport. "No one asked him to do that, he did it himself – the principles remain with us in this respect: if one can legitimately play the team, of course, we look carefully at any player where he is playing," he added.

On November 12, the Russian team announced a call to the Ari team. Brazilian footballer received a Russian passport in July 2007. Before that, the striker has repeatedly announced his desire to play in the Russian team.