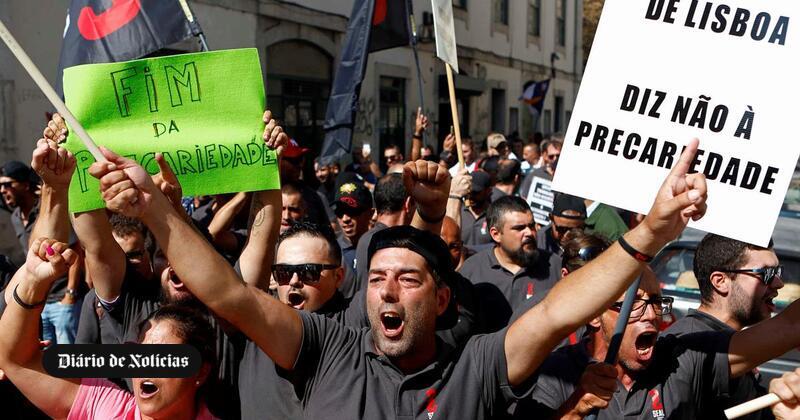 Seal and Logistics Association (SEAL) announced Tuesday that unstable workers from Lisbon Harbor are invited to work on Setubal on Wednesday.

In the statement, SEAL claimed this stevedores " [para o porto de Setúbal] solely for the purpose of promoting disputes between workers and thus attempts to hold SEAL accountable for the potential consequences of deliberate failure by the port operator. "

In view of the conflict between SEAL and the Association of Portuguese Ship Agents (AGEPOR), trade unions[ou] that workers are not responsible for unlawful work, nor for any form of provocation. "

Subscribe to newsletters news and get information from the first hand.

SEAL reaffirmed this second in response to what it described as AGEPOR's allegations aimed at "turning unsafe work into a permanent and unpopular environment for a decent port model".

AGEPOR denied on Monday that it was "a shortage of port work in container terminals in Setubal, without a strike in normal working hours," requesting interrogation by the prosecution.

According to AGEPOR, "container terminals and RO-RO are not port works [carga que embarca ou desembarca a rolar] from the port of Setubal since last Tuesday, 6 November. "In addition," this occurs without a strike during normal working hours, when it is legally issued and is in force ".

With regard to SEAL, this AGEPOR position "only showed serious and uncomfortable accusations" and reaffirmed that "there is no boycott of permanent contracts", as it is one of his "big battles".

Referring to the situation in the port of Setubal, more than 20 years old, which would have created a "hybrid between an unsafe monster and a golden egg chicken", SEAL argued that "Setúbal ports hijacked strikes, companies plan to sign contracts and without resorting to a forced strategy , continues to advise them that such unlawful contracts fall under the divine protection of the port authority. "

SEAL has expanded its payments by asking: "Does anyone think it strange that there are eight national ports, the media program is still overlooked by more than 700 Portuguese fishermen who have been working for just three months?"