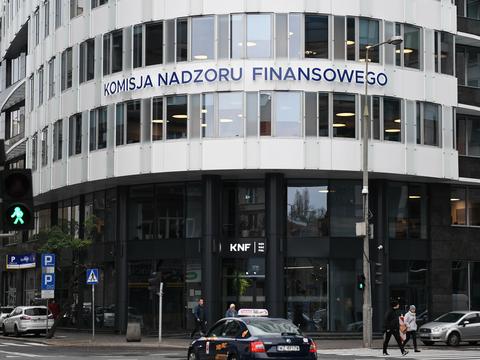 Yesterday Gazeta Wyborcza published an article in which billionaire Leszek Czarnecki accuses Marek Chrzanowski of "good in exchange for some 40 million zloty". The same is also reported in the Financial Times, which however writes "only" for PLN 13.6 million. These are the differences arising from different interpretations of the level of capitalization of an entity.

This morning Chrzanowski officially submitted a resignation from the chair of the KNF. He explained that he "made it responsible for the effective supervision of the financial market and the need to carefully explain this issue to the state."

The media have been thinking of Mateusz Morawiecki's political responsibility. – The question is about the Prime Minister's participation in this matter if he had known, and if so, why did he not answer. We need a commission of inquiry, and we will submit such an application, and we expect full details on this issue, announced the leader of the PO Grzegorz Schetyna.

Read also: The case of the head of the Polish Financial Supervisory Authority. What do we know so far?

– There is a lot of confusion on this issue. Man Czarnecki (…) claims that no material is approved (…). Despite this, this case creates Chrzanowski's shadow, said Jace Sasin of TVN24.

He recalled that an action is currently underway in parliament that will expand the composition of the Polish Financial Supervisory Authority, including the presidency of the prime minister, ministerial coordinator and special services UOKiK and BFG.

According to Sasin, the supervision of the head of government at the KNF is currently "illusory". When asked about this term, he said: "Indeed, there is such a KNF structure that has been functioning for years, which makes this monitoring impossible. This illusion can be said too far, but (supervision – editorial note) is not fully implemented.

As he said, the act under review shows that the head of government has already noticed the need for the KNF to know more about "what is happening in the financial market".

We also recommend: Did the chairman of the KNF request Leszek Czarnecki 40 or 13.6 million to force him to force his bank?

According to Art. 2 days Paragraph 3 of the Law on supervision of financial markets "The activities of the Commission are supervised by the Prime Minister".

The head of government appoints the chairman of the KNF for a five-year term. This also applies to him before the expiry of his term of office, but only in relation to: a final conviction for intentional crime or a criminal offense; resignation; Loss of Polish citizenship; the loss of capacity to carry out the tasks entrusted to a long-term illness lasting more than three months.

The chair of the Council of Ministers issues a statute for a Commission post where he determines his own internal organization. It also lays down a method for determining remuneration and the amount allocated, inter alia, to the President of the Commission and his deputies.

The mandate of the Head of Government may be extended. An act on amendments to certain laws relating to the supervision of the financial market and the strengthening of investor protection in this market has already been submitted to the Senate. The government project went to parliament in early September. Last Sejm adopted it.

The new rules, among other things, extend the prime minister's oversight to the Commission's office. It is for him to provide an annual overview of his activities and the activities of the Commission.

The KNF itself should include the Prime Minister, the Bank Guarantee Fund, the President of the Competition and Consumer Protection Bureau and the specialist coordinator. However, all except the representative of a government representative have only consultative voting in the committee.

If the law enters into force, the prime minister will be able to request the chairman and his alternates to obtain information from their involvement in the Commission's work, including those that are protected on the basis of separate acts.

"Do you know what you supervised?"

Before the start of November, before the commission of inquiry into the Amber Gold scandal, Małgorzata Wassermann asked Donald Tusk about who directly supervises the Polish Financial Supervisory Authority. The chair of the inquiry commission tried to prove that then the head of government was in charge of monitoring the failure of the KNF in Amber Gold.

– KNF is not responsible for the fact that so far for unknown reasons, several prosecutors have acted not only in a mild but very mysterious way, which ultimately precludes de facto effective action. I remember what these prosecutors are doing today, do not go here, said Donald Tusk.