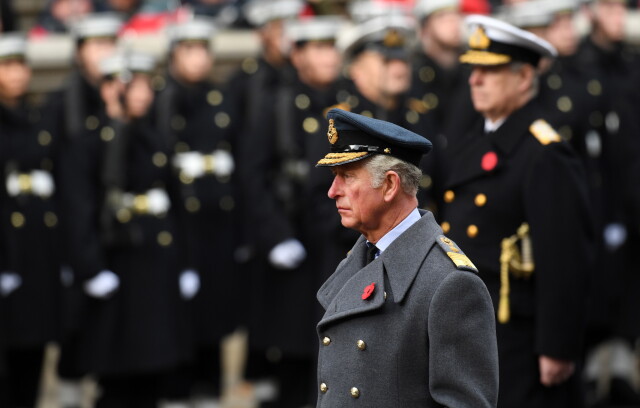 "The idea that I will work as before, if I have to take part in the throne, is completely useless, because these two situations are completely different," Prince Charles told the BBC. In this way he referred to the question of whether he would comment on political issues if he became a king.

The eldest son of Queen Elizabeth II has taken on a number of important social issues, including on climate change or alternative medicine. According to Reuters, his critics have nevertheless announced that if he accepts the throne, comments on the current policy would be risky for the monarchy.

In connection with the 70th birthday of the Crown British heritage, the BBC produced a documentary film Prince, son and heir: Charles at 70, which includes a fragment of recent talks with princes.

Charles pointed out in him that the role of the king was completely different from what he was doing as a Welsh prince.

"The idea that everything will look the same if I have to take over the throne is completely useless because these two situations are completely different," he explained.

Asked if his involvement in the community would continue, he replied: "No, it will not. I'm not so stupid," he said.

– I tried to act in such a way that no one would justify my party's sympathy, – he stressed.

Under United Kingdom law and the law "The king prevails, but does not state," the monarch is obliged to adopt a neutral attitude towards political issues. The longest ruling monarch in British history – Queen Elizabeth II, who has been on the throne for 66 years, has never publicly revealed his private views.

However, the eldest son of Queen Elizabeth II did not bury his thoughts. According to Reuters, he even acknowledged that the popularity of some circles in some polls affected some of his conservative views.

Reuters recalls that in 2013, Prince Karol had 36 meetings with various ministers. Two years later, the British Supreme Court ruled that the content of several tens of letters from correspondence between Charles and the Minister could be made public.

Among the topics that appeared in the correspondence were issues related to the war in Iraq, hospital nutrition and the threat to the species of Patagonian Antarctica.

Play: Tusk: Christian Democrats can not be the ones who are against the rule of law

In our political family, no one has the right to attack liberal democracy and its foundations. Christian Democrats …
read more »

On Thursday, the US Department of the Treasury announced on its website that in connection with Russian annexation in Russia …
read more »

Play: "Germany has to take on more than the other successes of the European Union"

Friedrich Merz, the CDU chairman, said on Thursday that Germany was "more responsible for …
read more »

Play: Prince Charles: If I become a king, I will do otherwise. "I'm not so stupid"

– The idea that I'm working in the same way as before, if I have to step on the throne, it's completely useless …
read more »

Play: Senior US Supreme Court Justice went to the hospital

Supreme Court Justice Ruth Bader Ginsburg went to the hospital after she fell her office at night ….
read more »

Some hundred buffalo drowned in the Kuando River on the border between Botswana and Namibia. As reported by Botswana authorities, the animal herd …
read more »

Playing: They stopped the "Specialist Sniper".
He threatened to kill the Spanish Prime Minister in a chat

Play: "Maybe China will now have to ask for Russian help." Fighting problems

Contrary to expectations, Chinese J-20 fighters were not featured in Zhuhai Air Show, as …
read more »

On Wednesday, at least 47 people have kidnapped two buses on the road connecting Harar to the east of the Rusape …
read more »