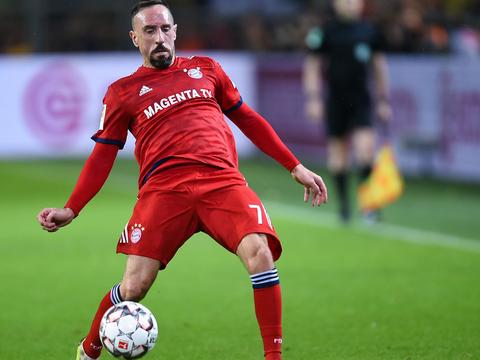 Although Bayern did not play badly in comparison with previous competitions, he left Dortmund without points. Robert Lewandowski for two goals BVB answered Marco Reus, and Paco Alcacer made a decisive blow. No wonder that after the meeting, the bavarian was in bad spirits.

According to Sport BILD, every day, several dozens of minutes after the last bout, Franck Ribery and TV expert Patrick Guillou, who is currently working for Bein Sports, have come across. Both are known to each other for a long time. Earlier, Guillou played for Saint-Etienne or VfL Bochum, later he helped at the training stand Willy Sagnol and Valerien Ismael.

According to journalists, Ribery met Guillou after leaving the room and began to accuse him of being confirmed by several witnesses. There was a disappointment and dispute, after which Ribery won the Bayern Trainer Club. – Frank has informed us that there has been an argument with his patron Patrick Guillou. On Saturday evening, we agreed with Mr Guillou that we will talk about how to deal with the situation face to face. Mr Guillou has already stated that he is interested in such a meeting, "commented Hasan Salihamidzić.

Later Riberia's wife Wahib added to the fire. – Mr Sabattier, please choose your friends more carefully. Some are bored and useless – she wrote to Instagram. Jean-Charle Sabattier works for Bein Sports with Guillou.

After winning the Signal Iduna Park, leading Borussia Dortmund has seven points ahead of the fifth Bayern. It seems that Nico Kovac's days in Bavaria are numbered.