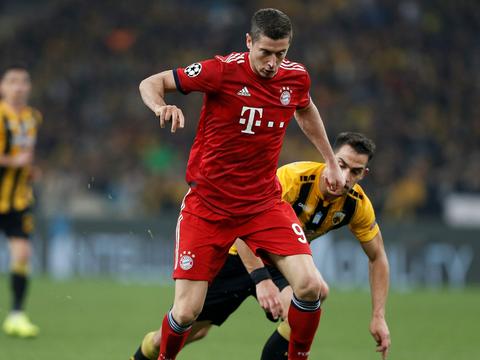 Not long ago, in order to play with the Greek champion, every Munich Bayern coach would have taken the replacement team and calmly watched the substitutes get three points for their team. The fact is that Bayern's strategy was similar in many previous years. However, the current games in the Bavarian capital are all different. And the great Bayern, the self-loving Champions League lover, is really afraid of clashes with AEK Athens. As the lack of gains further worsens the atmosphere that has been the worst for ten years.

– We must finally find our eggs, because now we play it so hard to see. We are aware of the dissatisfaction of the fans, but we are even more angry with ourselves, "said Joshua Kimmich, 23, before today's meeting.

Former team captain Stefan Effenberg also spoke about the lack of male attributes in the current Bayern players, and he criticized the coach, Niko Kovac, who, if learned, is becoming increasingly helpless.

In Munich, no one even hides that the Croatian coach plays for work that the loss of AEK points and the blow of the Bundesliga with Borussia Dortmund on Saturday could mean Kovacs' sentence. Reporters who deal with Bayern claim that club managers have already begun looking for a new coach.

Now Kovacs, who seems to be aware of the seriousness of the situation, is still trying to stay calm and prepare the team for a meeting. But if he's just like lately, then again, we'll see Bayern playing ugly, slow, ineffective. Also, Robert Lewandowski, who has had problems with point-based goals in recent weeks, is also taking part. In the last six games and also in team meetings, even in eight, Lewy scored just three goals. But if today he will lead the Bayern victory over the Greek champion, this greatly relieves the very tense situation in the most famous German club.