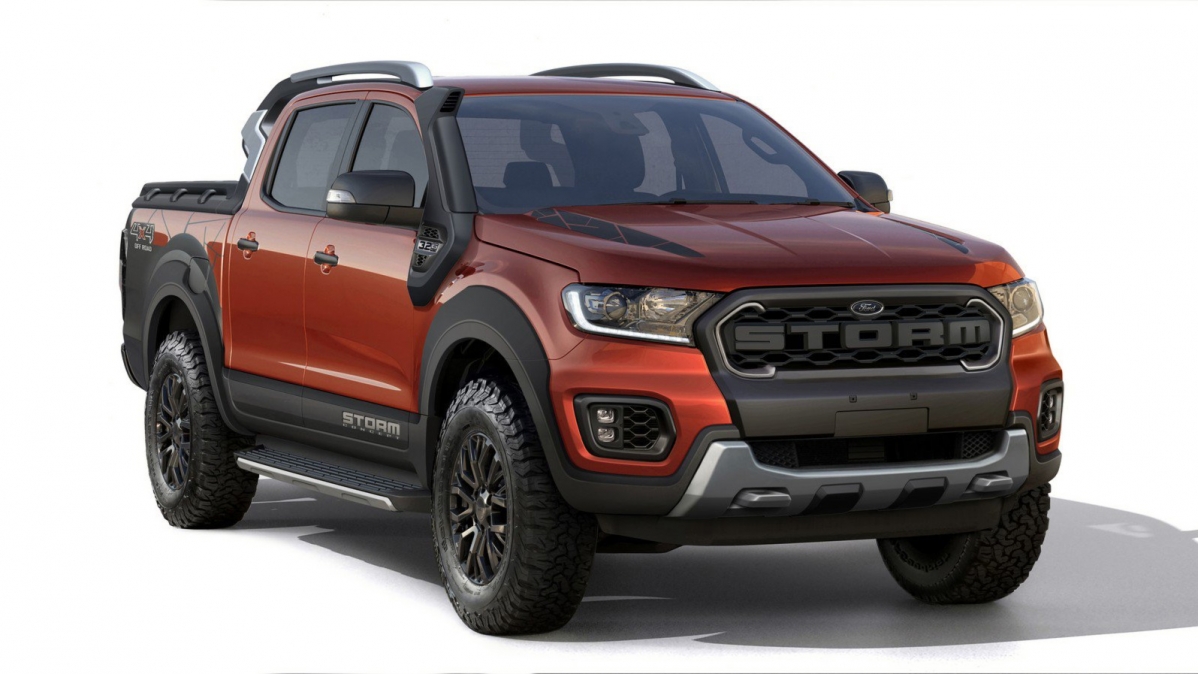 The Ford Motor Show in the São Paulo Motor Show featured the Ranger Storm concept, a medium-sized car that takes Ranger Raptor's marks, but not its bottom.

Carscoops says the Storm concept (by the way, we love the name) is based on Ranger Limited, but gets visual benefits such as silver skidplate and sporty air intake channels and front grille, which says STORM. But we imagine that you also noticed it.

In front of the cyclist, the Ranger Storm uses a 3.2-liter five-cylinder diesel engine.

The power lives at 197 hp, which is 13 hp less than what the Euro-connected Ranger Raptors does. It also packes less twist – at 470 Nm of torque, 30 Nm behind the Ranger Raptor.

The power source resources are driven by a six-speed automatic transmission and then transmitted to all four wheels using the four-wheel drive settings.

As far as we can say, the Ford Ranger Storm does not go to the US or Europe, but let's say it's available, for example, on the Old Continent.

Would you like this to be a good spot for Raptor?