José Domingo Pérez: "With regard to the prosecution authorities, the influence of Fuerza Popular has been set. | Policy 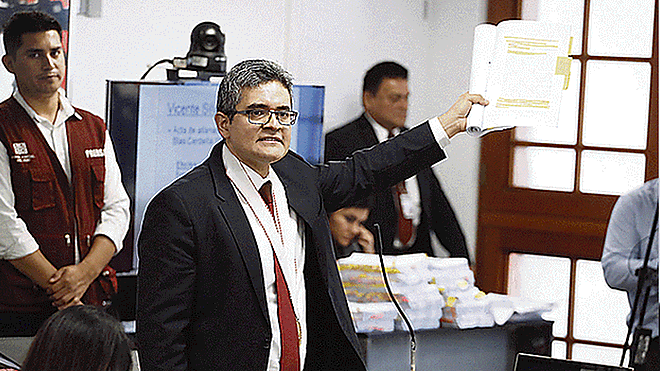 The first preparatory inquiries court, responsible for judge Richard Concepción Carhuancho, assesses the request for a preventive Carmela Paucará, who is accused of being part of a criminal organization that was formed inside the party Keiko Fujimori, Fuerza Popular.

Domingo Pérez said that the program found the folders with statements made by José Chlimper and Joaquín Ramirez to the prosecutor's office, which "is consistent with investigations or cases against anyone who is today the President of the Republic. Martín Vizcarra ".

In this regard, the prosecutor, who executed Keiko Fujimori's preventive detention, argued that Fuerza Popular affects the prosecutor's office responsible for the questioned Pedro Chávarry.

"We can point out that in fact – as the protected witness said in 2017-55-3 – there is a certain impact on the group that has finally established this half-force for the national authorities or the main state administration," he said.

"In this regard, we can ask ourselves the question of how it is possible that the branches of the prosecutor's office Moquegua Do they live in a home whose defense is presented as a secretary? "Added Domingo Pérez.