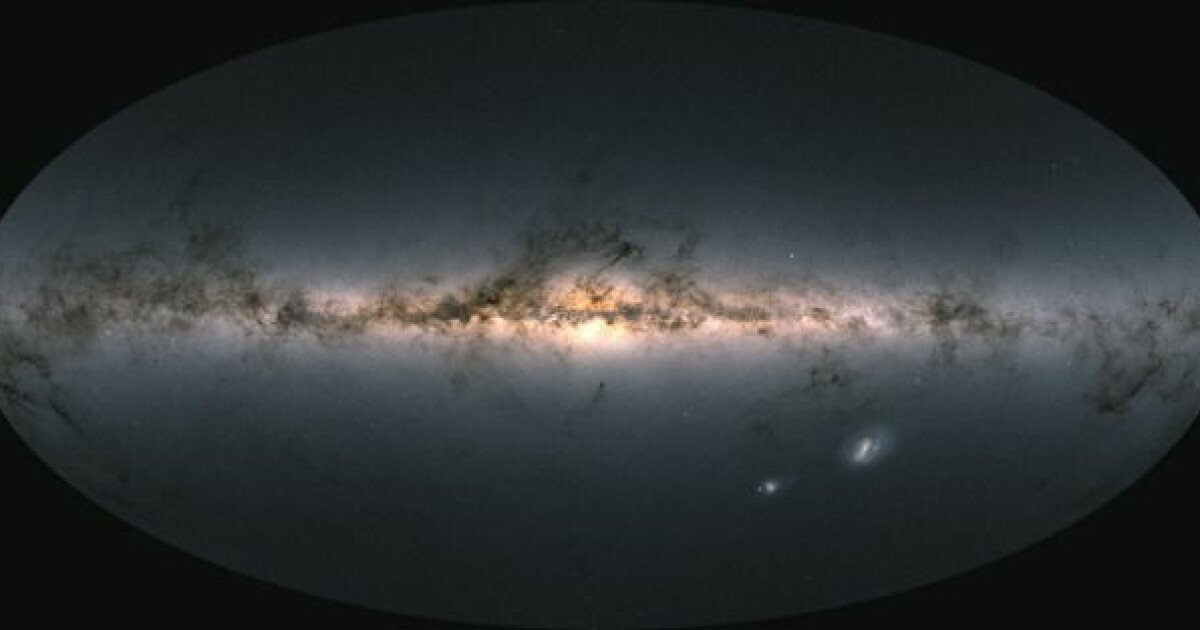 Gaia’s collaboration has recently released a new round of stellar measurement in Milky Way. – It is a treasure chest, the portal forskning.no says astronomer Hawk Dahle.

The Gaia Observatory is a satellite and space telescope that looks at the stars on the Milky Way. It mainly measures two things: where the star is and where it is moving. It is managed by the European Space Agency (ESA).

And updates to these measurements have now been made, which can provide a fertile ground for many different astronomical studies.

– It is a treasure chest, says the portal forskning.no Håkon Dahle. He is an astronomer and researcher in the Department of Theoretical Astrophysics at UiO.

These positions and velocities can reveal a lot about our own galaxy.

The history of the galaxy – and its future

“It actually tells us about our own galaxy,” says Dahle.

Once you know how all these stars are moving, you can also rewind time and track how the stars have moved across the galaxy.

– You can tell where the stars formed and how they spread throughout the galaxy.

This has already yielded many research results. Studies based, for example, on Gaussian measurements have shown that the dwarf galaxy Sagittarius almost came into contact with the Milky Way and probably disturbed the stars on the Milky Way several hundred million years ago.

It also means that scientists can more accurately simulate the future of the galaxy. A team of researchers has performed a simulation of a galaxy that says something about how the Milky Way stars will move over the next 400,000 years.

Another study article based on the new data provides an accurate measurement of how our own solar system moves through the center of the galaxy. This is due to the fact that researchers have received better benchmarks than before.

The updated dataset is the first part of a larger release in 2022. Since Gaia has been observing stars for some time, it also means that accuracy is increasing. This is the third time these measurements have been updated and will be more accurate. You can see the different catalogs on the ESA pages.

These measurements can be used for a wide variety of studies, and Dahle provides another example. Among other things, he studies quasars – black holes that emit a lot of light and radiation.

Quasars are extremely far from us and do not exist in our own galaxy. The Milky Way is just over 105,000 light-years away, but quasars can be ten billion light-years away. They date back to a much earlier period of universe evolution.

They still shine so brightly that they can be seen as small points of light in the sky. If such a point in Guy’s measurements does not move over time, it may mean that it is extremely far away.

This is the same effect you see, for example, from a train window. The poles along the railway move quickly past, but during the journey the mountain of the horizon hardly moves.

Thus, researchers can find new quasars by examining such still motion points of light to see if they, for example, emit radiation that indicates they are quasars.