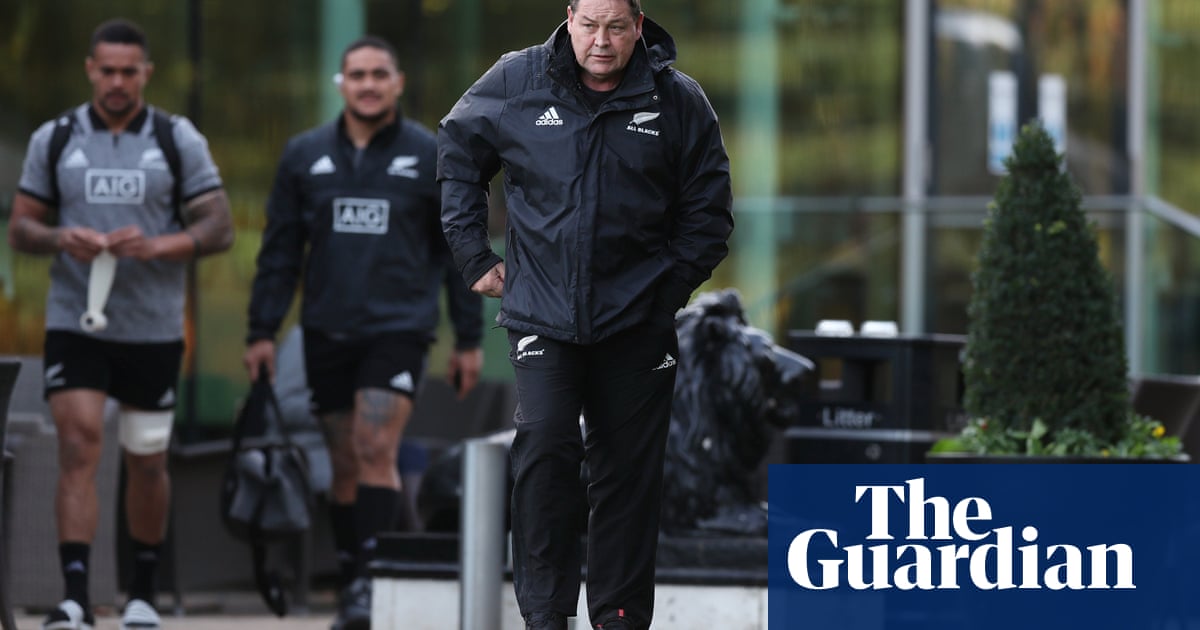 If in the first game between England and New Zealand for four years, there was a need for any hype injections, All Black Blanca trainer Steve Hansen gave it when he said that Saturday's meeting is bigger than the last year's British and Irish lions tour.

The drawn line of the Lyons, the only major lack of Hanseen's seven-year rule, will clearly relate to New Zealand's motivation for Twickenham. Often referred to as the series 1-1, All Blacks meet in England and Ireland, on both sides of which there are many well-known Lions face over the next two weeks.

"I think it's even bigger than that," Hansen said of the Twickenham test after the gate was named during the 23rd game. "The Lyon Tour has made it bigger because we were not successful just by drawing a series. It was not a success for us. It's done this week and it has a better advantage."

While England's leading lions – Owen Farrell, Maro Ito, Ben Teo, Elliot Daly and Jamie George – will try to implement the experience gained from their New Zealand excursions last year, all black people are convinced that the necessary adjustments have been made.

"We looked very different again," Hansen said. "That year you can look at it and say that the Lyon series is a gift because there were a lot of things that we did not do well. In recent weeks, we have not been wasting much time to see it, no.

"The series of Lyons has not been great for English rugby games, as many players have returned and gone straight back to the footy club, and have had a lot of injuries. It's hard to get the momentum when you change your team all the time. On Tuesday, they beat South Africa, so you should say that they are up. "

Running defense was one of the areas where the Lions found success, and New Zealand – Beaudens Barretts expects England to try to repeat such systems to close their time and space.

"We've learned a bit from this and we think the approach may be similar," Barrett said. "There is no doubt that England would have won the pieces of this series and will try to get them into this Test game. It's exciting. We play England, not Lions, we have to remember that we are about it."

In many ways, the Lyon series turned on its second test in Wellington, where in 25 minutes Sonny Bill Williams's average "All Blacks" were deported. The Lions continued to win this tense game 24-21, with the decision taken by Eden Park.

Hansen rejected any lengthy chase from incident Williams, making what turned out to be an innocent excitement over Farrell's controversial fight with Springboek last Saturday.

"Sonny has no demons, and he does not have a devil running his head," said Hansen, shaking his head. "Yes, he was obviously disappointed. He carried a shoulder charge that hit some casseroles and received it in red and right. You just want consistency, right?"

Considering England's long-term accident list and the fact that New Zealand named its strongest available side, lacking only support for Joe Moody, who was training eyelashes in the second half, Hansen was largely preoccupied with the attack on Eddie Jones.

"I do not know who writes them, you can do it. Does it push us? No, we're already in the pressure. One constant thing about being black is your pressure," he added.

"You have to get the test of each Test that you play and really win it well. When you realized that life is getting easier, it sometimes gives you an advantage, because when other teams are subjected to pressure to pick up large games, they have not experienced so much, how maybe we have. "