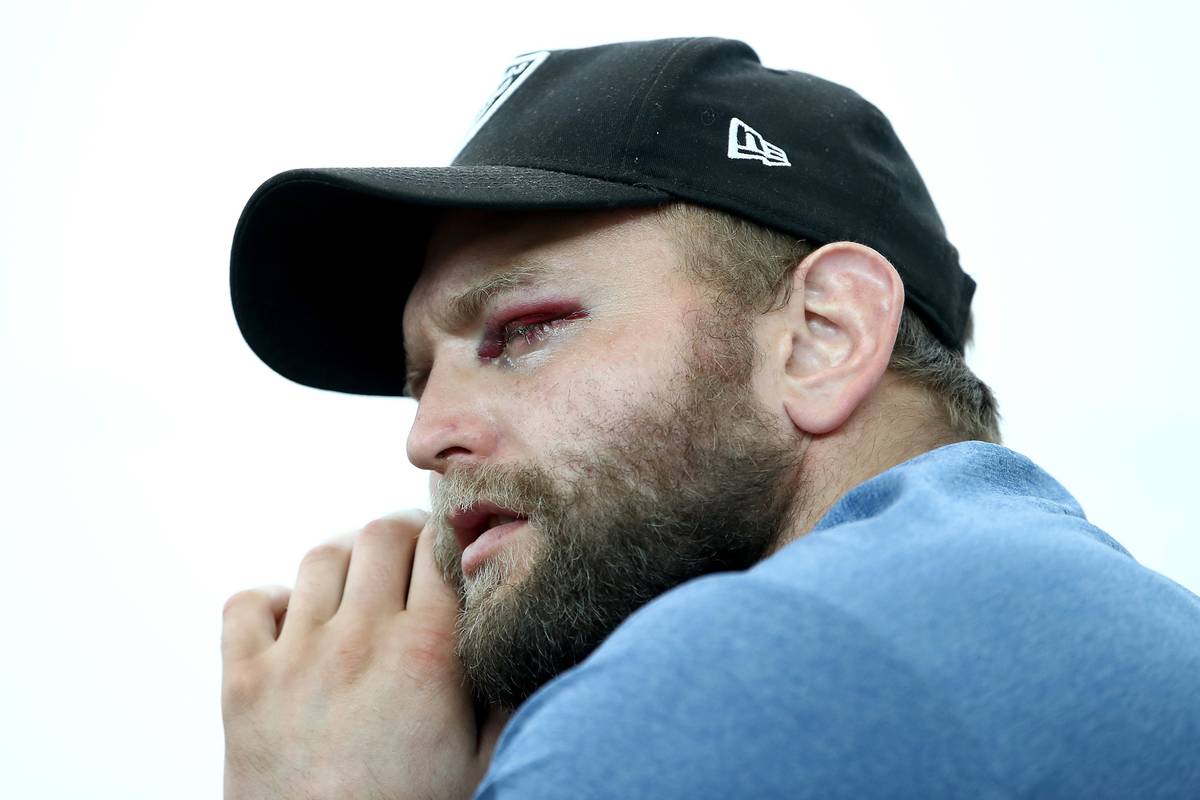 All Black Blacks are affected by a possible injury before Saturday's match against England after Joe Moody suffered a terrible eye injury training.

The New Zealand support was observed over the left eye during Tuesday training and 24 hours later a serious bruising was seen.

During the training, he attended team physician Tony Pai before he left the pitch – and he now faces a face that is suitable for Saturday autumn international event Twickenham.

He and his team members visited McLaren Technology Center in Woking on Wednesday, while Moody was seen as a serious black eye.

The 30-year-old crusader seemed not to have complete vision in his left eye, but he managed to get involved as players were taught how to change the tire.

Preparations will continue before the big clash on Saturday, and by then, Moody is hoping to return to the competition for a place in the team.

At the same time, Ian Foster believes that New Zealand is happy to stay with Sonny Bills Williams despite the fact that he has a boxed box that jumped out of his skin.

Cross-code international Williams rakeed his 50th New Zealand cap, as All Blacks released in the past from Australia's 37th-20th Yokohama last weekend in October.

The 33-year-old power station now needs to align England with Twickenham on Saturday, and All Blacks bosses are still convinced of their ability to turn it on when it's most important.

"Sonny's was at least rugby, he still finds his highest form, I think it's fair to say," said New Zealand's assistant trainer Foster.

"I do not think that our patience (Williams) will guide his background, more based on how we see the players participating in the training.

"I think that when looking at the physical nature of the game, how they learn, sometimes things go out of the park in a very good condition, and it's not as gelatinized as they want in the park.

"Sometimes it's believed that players have been silent, but in reality they may not have too many opportunities to show that they are good.

"We have a lot of players who have been injured this year, have been seriously injured over the course of time, and they have returned to different degrees in the game.

"But some of them have gone a little longer so that their legs are straight.

"So while we see improvements in training, things are going well and the attitude is good, I think we are just continuing to make the decisions we are making.

"All our midfielders have actually jumped out of their skin to be honest. Over the past two weeks, energy levels and working speeds are as good as they were all year round in this group."