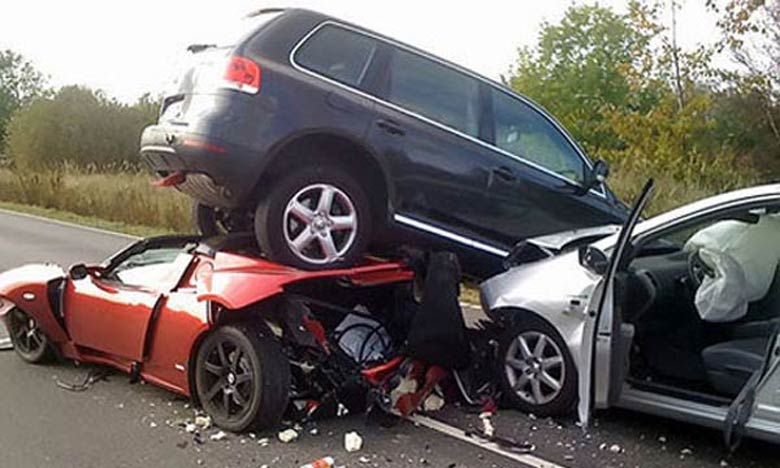 Seventeen people were killed and 1675 injured, including 60 seriously injured, of which 1,275 accidents occurred in urban perimeter over the week from 29 October to 4 November 2018.

These accidents are mainly due to driver negligence, priority neglect, pedestrian negligence, speeding, directional change without notice, lack of vehicle control, mismatch with stop, unauthorized change of direction, left-hand traffic, non-compliance with traffic lights, driving under the influence of alcohol, traffic prohibited direction and overtaken by the Directorate General for National Security (DGSN).

With regard to the control and punishment of criminal offenses, the security services registered 32,020 tickets and prepared for the prosecutor's office 10 136 minutes, but 21 884 fines were recovered, stated in a statement.

DGNS also notes that the amounts received amounted to 4 865 925 MADs, whilst flagging the seizure of 4671 vehicles, arresting 5345 documents and circulating 120 vehicles.