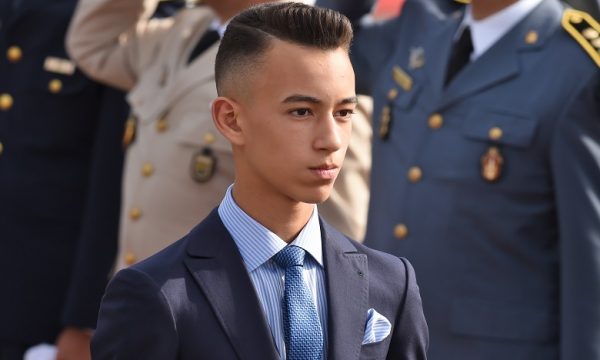 Ali Skalli Hussaini, aged 86, died on Monday, and was held in Rabat on Tuesday in the presence of Prince Moulay El Hassan.

After the Al-Asra and the prayers of the dead, the funeral procession in the Achuhada mosque went to the grave where the deceased was buried in the presence of family members, the head of government Sa'd Dine El Otmani, the King's historian and Abdelhak Lamrini, the Royal Castle, and other people, including the world of culture and literature.

The public proclaimed the Koranic verses and prayed for the presence of the deceased soul, asking the Omnipotent to take Him into His great paradise and give him full reverence for his praised efforts. in his civil service.

Listeners also prayed for God to preserve His Majesty, King Mohammed VI, Amir Al Mouminine, to give him health and long life, as well as to fill the royal HRH crowned Prince Moulay El Hassan, from HRH Prince Moulay Rachid and all the outstanding royal family members.

Requests were also made for the wish of SM Mohammed V and the late SM Hassan II.

In this painful situation, HM King Mahmoud VI sent a letter of condolences to the deceased family, in which the king insists he is deeply concerned about the danger that "one of the pioneers of the Moroccan literature is the modern man who wrote the Moroccan national anthem and enriched the national library with his poems and his outstanding novels, some of which are honored in Morocco and the Arab world. "

"Though remembering the characteristics of the deceased person, his true patriotism and his insistent attachment to the magnificent alvarian throne, we call upon the Supreme to take him into His enormous paradise, in order to reap heavily for the services rendered, his country and give his loved ones patience and comfort," stressed the king in a message.

Read also: The author of the Moroccan national anthem is no longer available

Fass died, born in 1932, who is also the author of many works, won the Moroccan Grand Prix in 1982, and in 1992 received the Royal Bahia Faisal International Prize in Childrens Literature in Saudi Arabia.

Prior to teaching, the deceased had a degree in Literature at Al Quaraouiyin University.