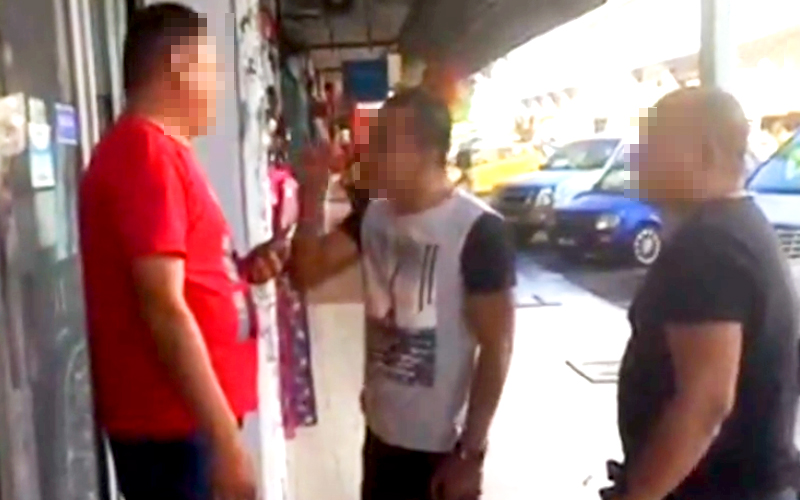 KUANTAN: Two men have been arrested by the police if they suspect that they have endangered the trader for the offending Yang di Pertuan Agong Al-Sultan Abdullah Riyaddin Al-Mustafa Billah Shah.

“Initial research revealed that the duo had killed the victim in their shop because they were angry about the comments he had posted on his Facebook site.

"They also expressed the words with which he feared for his safety," he said today.

He said in his police report that the victim claimed that the comments he uploaded on Thursday corresponded to the posting of a friend who was accompanied by a royal image.

“Then the victim deleted comments on how it was a royal image. He claimed that the duo then came to his shop in the afternoon and commented on him.

"The victim then claimed that at. 4:30 pm 4 men came to the same question, cursed him and invited him to a fight. ”

Noor said that for the offensive comments Temerloh police checked.

Yesterday a video that lasted one minute and 37 seconds was a virus on social media, showing that the duo was arguing with the victim.

Meanwhile, Pahang Menteri Besar Wan Rosdy Wan Ismail said in a statement that the government wanted to be directed against all those who insulted the king and the Malay rulers.

He also called for the introduction of laws that set the law to stop the people who offend the King and the authorities of the Malay rulers.

Pahang PKR Chairman Fuziah Salleh, who is also Deputy Prime Minister in the Prime Minister's Department, reiterated the same, saying that no such action was allowed.