The cry of a children's home: is afraid to be taken by coercion 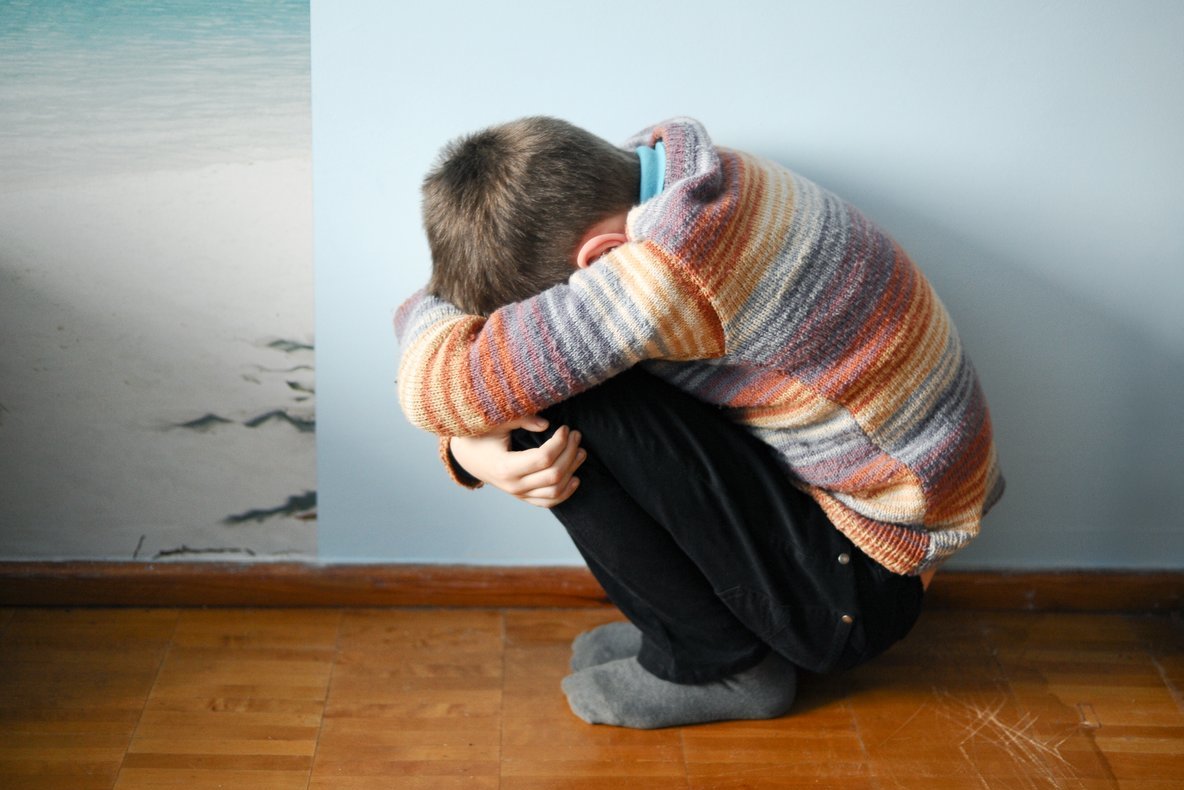 And here to sign up for such a request, the disagreeing boy told his editor his fear. The child is worried that violence can take place abroad. Taurage Courier explains the backstage of this story.

The minor reported to the relatives themselves

After a history of scandalous international adoption, when it was decided that the Far East would accept a 9-year-old family, a person who did not want to publish his name or surname (the name of the editor is known), or his relationship with a teenager afraid of his own and his brother and sisters future.

The man said that children from a large family (some of whom had reached the age of majority) had been killed in a childcare home for about three years, even though they were temporarily living under the roof of their home. The father of the children does not take them and will not even be able to do so, but the children will come across other relatives.

Her sister detained them. Only the hut in which the child aunt lives is too small to meet the needs of caregivers. In this way, four orphans are left in a childcare home. Two of them – the 10th anniversary and the 11th anniversary – signed a treaty to be adopted by foreigners, the other two – 13 years old and 9 years old – refused to sign such requests.

The relatives of unknown relatives who did not know the source were not informed about the possible adoption of these children abroad. One of the 13-year-old boys living in the children's house "Šaltinėlis" has learned about it. The minor said that if he signed his brother and sister, he would have to go to the future caregivers. The child said he would escape if he did.

He doesn't want his brother and sister to go abroad

The editorial also received a teenage visit. The journalist's boy was open – he was handed over to the editor, he said he didn't want his brothers and sisters to scatter around the world. He did not hide the worry of his younger brother and sister, who, in his view, had not agreed on the consequences, had signed the consent to accept them by foreigners, and then changed his mind. They are no longer ready to take on an unknown alien family.

“I don't want to be accepted by strangers who live in an unclear state in a country I don't know or talk about. Children's home workers have offered me three times to sign the contract. They told me how good it would be to live somewhere in a new family. He said I could go to my brothers and sisters to see them. But I didn't sign it. And my brother, nine years old, didn't sign up. Eleven-year-old sister and ten-year-old brother signed up for adoption in foreigner families. But they don't want it anymore. They said they had signed up for something, not thinking. I told them that they had to think before signing. I really don't want to be divided between different countries. Here are our relatives, ”said the teenager.

The boy hopes that the childcare facility will allow his brothers to stay at least in Lithuania. He assured him that he was communicating with his males and aunts, and was attended by a full-time sister in Taurage's children's home.

“I don't want to be accepted abroad, but also in Lithuania. Unless Taurage. Everything is here and loved ones. But for me and the children at home well. I don't want strangers. And my brothers and sisters who agreed to be with the families of foreigners no longer provide the opportunity to change their consent. I suggest signing such consent three times in November and giving them once and for all. Besides, I'm worried about not being forced to leave her, ”said a childcare student.

The boy confirmed that he had come to the journalists because he hoped that they would help someone and his brother and sister when they were clear.

Believes that violence does not end

Laza Baziliauskiene, director of Taurages' Šaltinėlis Children's Home, as a 'Taurages Courier', said that all four children were involved in the national adoption system. Two of the four have already been included in the international adoption list with their consent, as no one in Lithuania has expressed a wish to accept or patronize them.

"We (the childcare institution, the editor) receive the request only from the Adoption Service, interview the children and send them in. And our mission is completed on this issue. The children of these two families did not agree that the foreigners will accept them. The wishes of the children are taken into account. cannot be distinguished, but two have signed up to agree to be taken separately from their brothers and sisters, ”explains Baziliauskienė.

According to Šaltinėlis leader, she personally collaborated with the mentioned children who refused to accept foreigners.

According to her, these children visit relatives, but they are teams, so no one cares. For more than a year, while Baziliauskiene led the care homes, foreigners did not see and receive their departments. Last year, Lithuanians adopted only two small children – four and one year old.

Asked if she personally supported foreigners accepting children deprived of parental care, L. Baziliauskienė confirmed that she could not answer this question. In the years when she worked in childcare institutions, no letters or congratulations were received from the foster family abroad. However, he added that he faced children living in Lithuanian families.

The director of "Šaltinėlis" believes that the requirements for relatives who want to care for their children who are left without parents are not so strong that they cannot be satisfied with the people who live properly.

Caring for relatives is easy

Rita Majauskiene, a teacher of foster parents and foster parents, said that the transfer of childcare to relatives is not the responsibility of the child, but the competence of the children's rights specialists, but agreed to talk about it.

“It is not my competence, but as I understand it, the conditions of care for relatives are not exceptional. Of course, people have to live in sequence, not associations that are not on the list of risks. Children should never be taken away. Of course, if there are three people in a room of 10 squares, it will certainly not be like two more children to live. Relatives are much less uniform than relatives. As far as I have heard, it is the first time in Taurage that leads children to their relatives if they are in order, ”she said.

Another condition is that caregivers should be healthy – there is a special type of health. There are also age requirements.

“If a grandmother wants to take care of her granddaughter, the emotional connection is also taken into account. Nothing special is that the child does not have to care for relatives. Especially in our area we are trying to protect children. We are not involved in this process, we have a duty to prepare caregivers, – explains R. Majauskiene, teacher of foster parents and foster parents.

According to her, closer – brothers, sisters, grandparents – caregivers training is recommended for aunts, males and other relatives – mandatory.