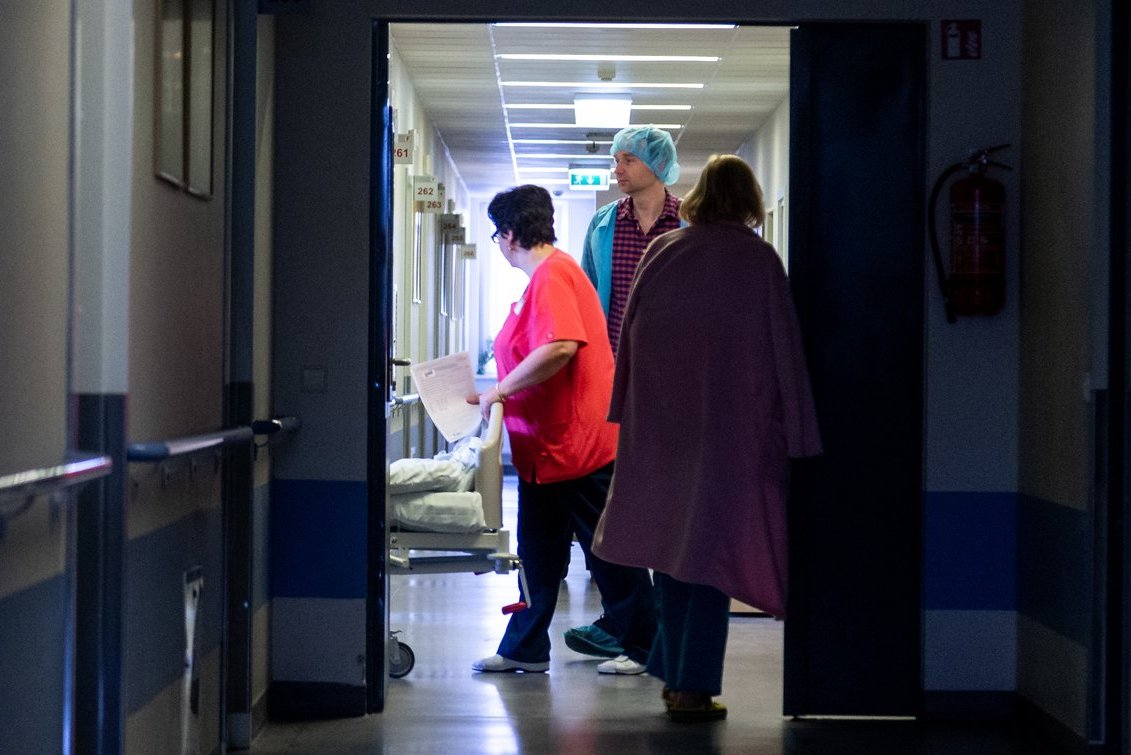 Head of the Infectious Diseases and AIDS Center prof. According to Saulius Čaplinskas, no self-respecting virologist, immunologist or other doctor in a similar field will say that the coronavirus is the same as the flu.

“There are certainly commonalities, but there are also differences. So to say the same thing would be misleading to the public. Here are some extremes.

By intimidating too many people, talk of a curfew changes the fact that a person begins to disbelieve the virus at all. The same damage is to say that there is no coronavirus and that the flu is the same as a cold, ”he said.

8 times more contagious than the flu

According to the interlocutor, although both COVID-19 and influenza are caused by viruses, it must be understood that the diseases are different.

“Yes, both infections are vulnerable to the airways, and the first symptoms are very similar. However, the properties of viruses are different, so they can affect human health in different ways, ”he noted.

Mr Chaplinsky emphasized that it was now clear that COVID-19 was spreading about 8 times faster than the flu. 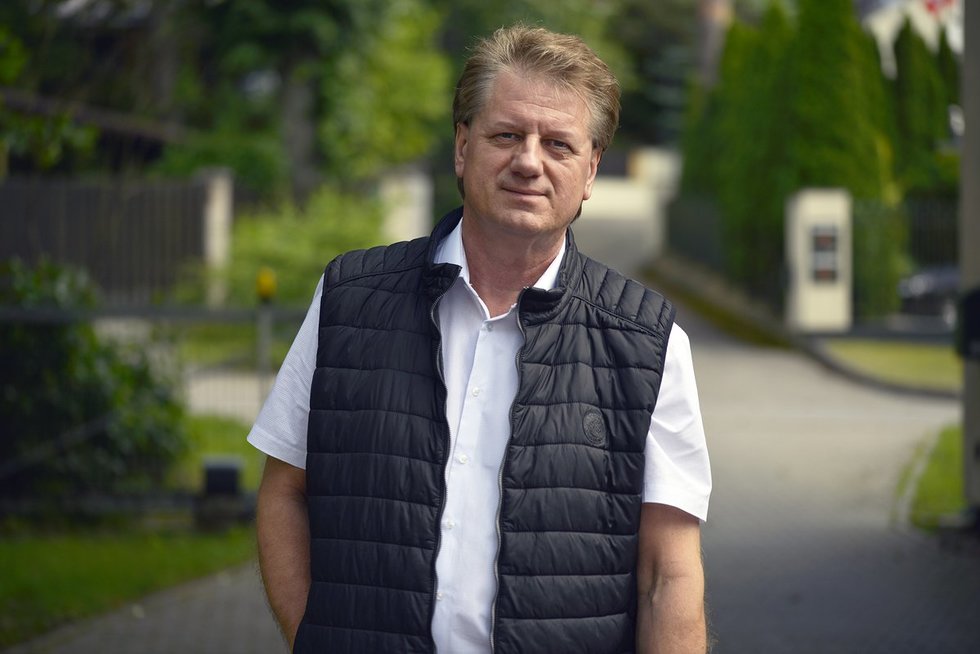 “In other words, if one person infects one person with the flu and another, then there will be 8 times more people infected with the coronavirus with 5 waves of infection than with the flu.

And accordingly, in order to stop the spread of such a disease, it is necessary for one person to infect no more than one person. Then the epidemic is gradually gone, “he said.

On the other hand, noted the virologist, it happens gradually and happens, especially when it comes to the flu, because some people have immunity, others are vaccinated,

According to him, the effectiveness of influenza vaccines, if well matched to the virus strain that has begun to spread in society, can reach 60-70%.

“Even in the case of influenza, the virus is spread to humans about a day before and during the onset of symptoms. It can last on average up to 7 days, sometimes longer in children.

In the case of COVID-19, it is clear that the spread period may be longer, but the spread is still mostly during symptoms and this spread is faster, ”explained S. Čaplinskas.

At the same time, he recalled that in the case of SARS and MERS-related coronavirus outbreaks, the difference was that people were mostly infected during the symptoms. Therefore, it was much easier to eradicate the outbreak. 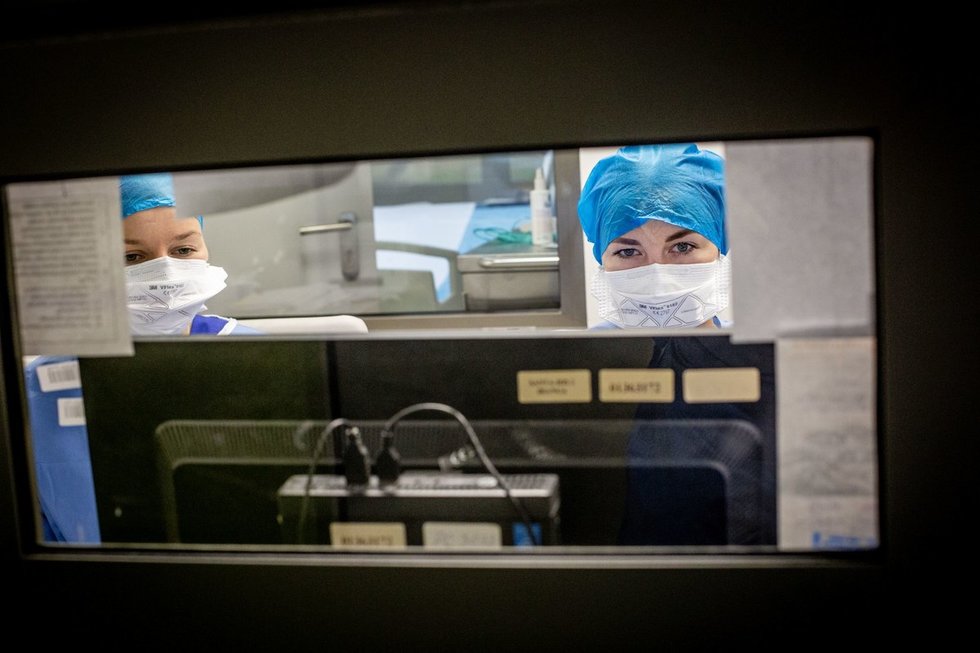 When immunity is greater than the enemy than the virus

The interview indicated that the clinic of both diseases is also different.

“Yes, in both cases the airways are damaged and the way is opened for other complications – viruses and especially bacteria.

Bacterial complications underlie the complications of influenza and death. In the case of COVID-19, on the one hand, the virus has the property that it can damage many organs, but on the other hand, the immune system itself can overreact, causing storms of cytokines. By trying to defeat the virus in this way, immunity can do more harm than the virus itself, ”said S. Chaplinskas.

The onset of influenza is remembered to the nearest hour

Speaking about the clinic and symptoms of the disease, LSMU professor, infectious disease doctor Alvydas Laiškonis noticed that in case of flu, a person can usually tell with the accuracy of day and hour when his health has deteriorated.

“Usually the flu clinic starts very suddenly, so usually a person remembers just when the cold started and broke the bones. The flu is not so characteristic of the loss of taste and smell.

Headache is a common symptom, but there is no shortness of breath, which is more common with coronavirus. In addition, as far as people who have to deal with it are concerned, they complain about the very weakness that accompanies them, ”the doctor shared his observations. 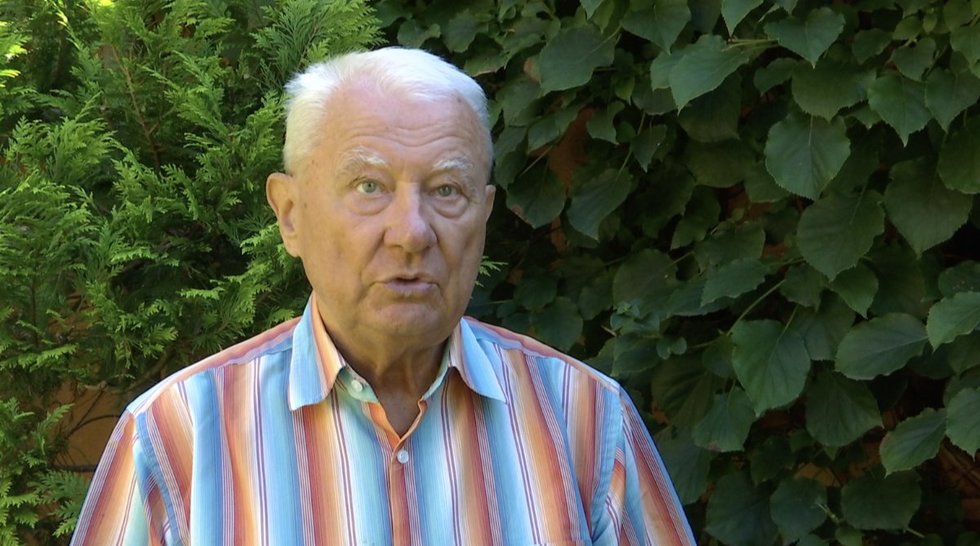 Crossovers of “walked” flu in a few years

A. Laiškonis also drew attention to another problem – often the flu, strong people try to “walk”.

However, according to the professor, there is a flu hoax – it can later cause inflammation of the heart muscle, myocarditis, which occurs 2-3 months after the disease, inflammation of the kidneys, which also occurs only after some time, even after 2-3 years.

“The most common complications of the flu are the so-called primary flu pneumonia, which is caused by the flu virus itself and is the most severe pneumonia. streptococcus staphylococcus caused by pneumonia.

Another complication is sinusitis. Thus, the flu is characterized by very unpleasant complications. But we can at least be glad that we have treatment and prevention, “summed up A. Laiškonis.

Children are more likely to get sick

The professor also mentioned another difference – a lot of children have the flu.

“Between 5 and 10 percent of the population has the flu, but not all of them are included in the statistics. Every flu case is not tried to be diagnosed, especially if it is not severe, without the need for inpatient care. This population of 5 to 10 can get the flu, children – up to 20 percent.

Coronavirus cases, on the other hand, affect up to 3 percent of children with coronavirus. And the clinic is different, and the infectivity is different. That is why discussions about children’s education and collectives are not so unambiguous, ”the interlocutor compared. 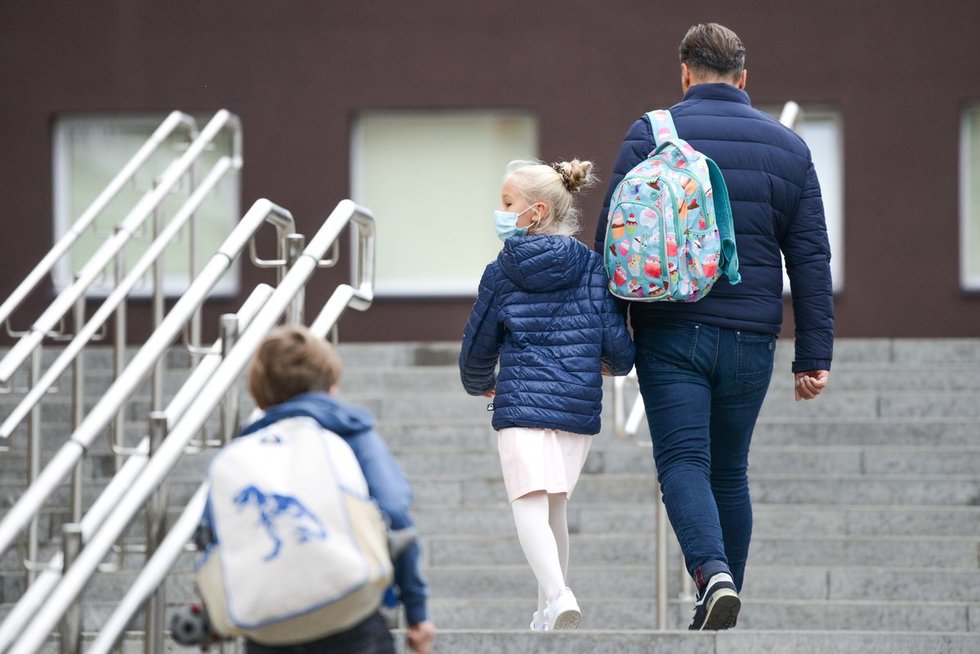 Although cases of influenza have already been reported, slightly fewer are reported. According to A. Laiškoņš, there is a theory in virology that if there are two viral pathogens at the same time, usually a stronger virus slightly suppresses the others.

“Coronavirus is more common now, and we’ve had a lot of flu anyway. But now we don’t have much. But we can be glad we have the vaccine and we have treatment, and the problem arises when we have to differentiate between the flu or coronavirus. So if the clinic is very similar, we look for it, but if it is not found, it is left for another virus, “he said.

As noted by S. Chaplinskas, when a virus changes so that it can infect a human cell faster, it gains an advantage over other viruses.

“When a new virus crosses a species barrier and begins to spread from person to person, it must be remembered that it is easier to spread a modified virus and to adapt more easily than a long-known virus.

But as in nature, the virus aims to survive and multiply, so it does not aim to mutate in that direction to kill hosts. This does not apply to mutations for a more pathogenic, worse course of the clinic, ”he added.

Have you died more from the flu than reported?

Papuola, unless they were diagnosed with the flu, a severe clinic, was about 20 a year. But the statistics do not show those other deaths when the virus was “nearby.”

In the case of coronavirus, this may sometimes be a little the opposite, especially at the outset when a person was declared dead from coronavirus, but the question is whether it has been diagnosed. Thus, relying only on death statistics, in the absence of detailed analysis, it is possible to draw erroneous conclusions, ”said S. Čaplinskas.

He noted that mortality from COVID-19 is now as close as it would have been during a severe, intense pandemic flu.

At the same time, the professor noted that the cold season is always associated with higher deaths from cardiovascular diseases, lung diseases, diabetes, cancer and other diseases, because various viruses worsen the condition of people with chronic diseases.

“Older age is not a risk factor in itself, but the important thing is that then immunity is weaker and chronic diseases are more common. And it has always been observed that in cold weather these infections are exacerbated not by cold weather, but by viruses – flu and other colds. Only accordingly, when the disease develops, complications, the spectrum of clinical phenomena can vary, “he said.