We will do our utmost to elect students again 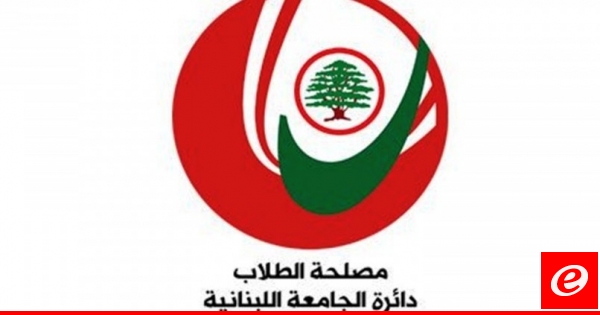 The Lebanese League stressed the interest of the students of the Lebanese Force Party that "we will no longer accept repression at the University of Lebanon and we will not accept that all Lebanese students exercise their democratic rights and waste their rights at the National University," he said.

"Ten years and student elections at the University of Lebanon are deep in a coma, the student's voice is killed and his freedom wings are sealed and the issue remains in his free conscience," he said in a statement. "How long will the voice of restlessness and repression be left above the voice?" He prayed for his only sin that he chose "the University of Liberty and Democracy". How long will fear and fear spread among Lebanese students? Is the fight for student freedom a start to suppress their Republican Freedom?

The department emphasized that "there are many issues and the number of appeals and demands of these rights grows and grows every year, and when the country enters a new age and a new parliament, is it not time to return to political life and return to the student college in our limited university? "Explaining that" students of the Lebanese forces are ready, but there are no plans or intentions. "

"As a student from the Lebanese forces, we commit ourselves to make every effort to show the democratic scene again on the faculty campus," she said.