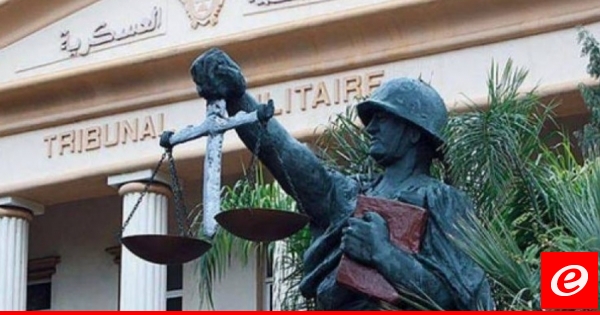 The Permanent Military Court, led by Brig-Gen Hussein Abdullah, postponed until January 15 to eight arrested courts arrested by international coalition forces in Syria following the end of the Raqqa battle. The Americans were handed over to the Lebanese authorities in August. Some of them came to the Civil Service Tribunal, and one of the accused was not a defender.

On the other hand, the Permanent Military Tribunal led by Brig-Gen Hussein Abdullah did not complete the poll on the members of the "Hotel Group", which accused french Youssef Boucheran, Saudi Abdel Rahman El Shanifi and another 18 others on charges of belonging to a terrorist organization and is planning to blow up the Beirut Southern Suburbs with suicidal bombs that carry explosive belts and try to kill the largest number of civilians and detonating one of them with the Springs bay at Hotel De Roy's hotel in Raouche District, when carried out by the National Security Police, "so that some defendants arrested Place to the courtroom, Session before January 15 Next.