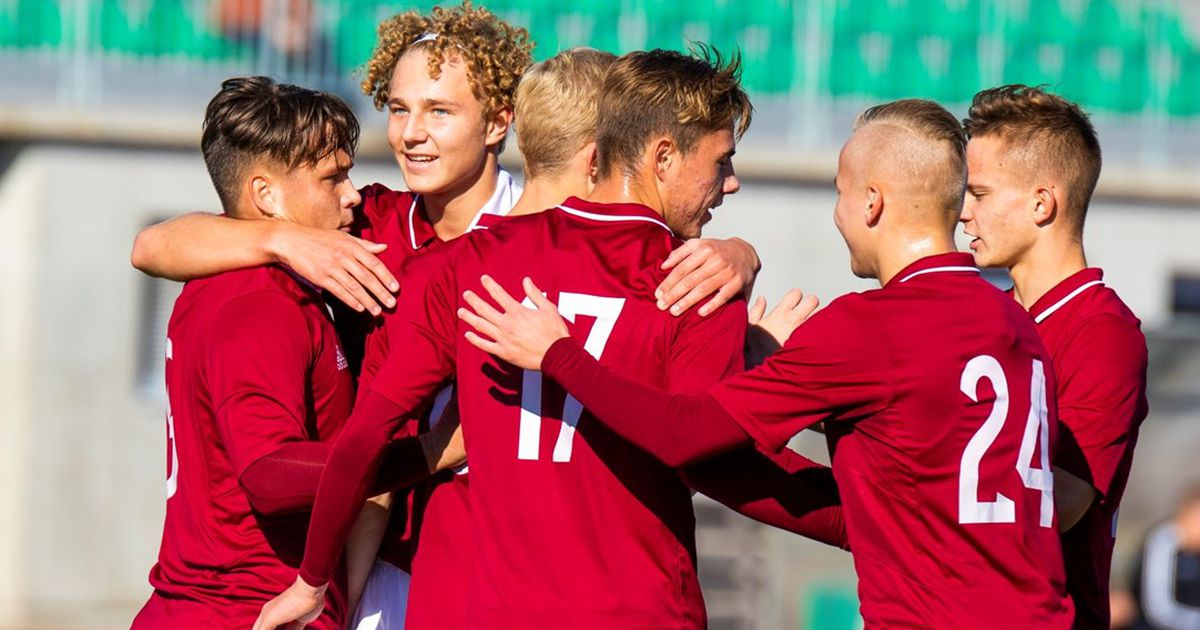 Currently, qualifying Group 11 has one point for all teams, as another part of this sub-group, Cyprus and Montenegro, played non-finals 0: 0 (0: 0) on Tuesday.

The Latvian U-19 youth football team (born in 2000) will qualify for the European Championship qualifying round until the next Monday in Cyprus.

The Latvian team will fight against Montenegro on Friday, and the third match against Cyprus will be held by Latvians next Monday. In the next stage, or the elite, there will be two of the best teams in the subgroup.

In June, the Latvian state triumphed in the Baltic Cup, but in March U-19s won two victories in three qualifiers in this year's European Championship qualifying elite round, but remained in second place and did not enter the final. In the autumn, the team has undergone significant changes, and several guys have won the U-21 national team.

Thus, the U-19 team became the first youth unit from Latvia, which closed the elite qualifying tournament in second place in its group. So high, no youth team ever had.