A prerequisite for an indicative plan is to provide a competitive rail infrastructure. The total network capacity is not planned to be increased, but resources for maintenance and development projects are being invested in order to maintain the existing volume of services and consistently high quality.

Although the Indicative Plan is not a financial document, the plan defines a three-stage system model for ensuring the financial equilibrium of the infrastructure manager. The first stage involves the involvement of market participants in the provision of infrastructure costs. The second stage determines the use of the resources of the LDz Group for ensuring financial equilibrium, and only the third stage, if necessary or in the interests of the national economy, involves the involvement of state budget funds.

The Infrastructure Manager (LDz), with the adoption of the Indicative Plan and approval of the multiannual agreement, will ensure the stability of the railway infrastructure for public utilities for the next five years. This guarantees transparency for participants in the transit sector and allows them to conclude five-year contracts with shippers.

Infrastructure financing structure and procedure, sector investment projects and measures for reducing infrastructure costs are regulated in the Multi-annual agreement between the state and LDz. 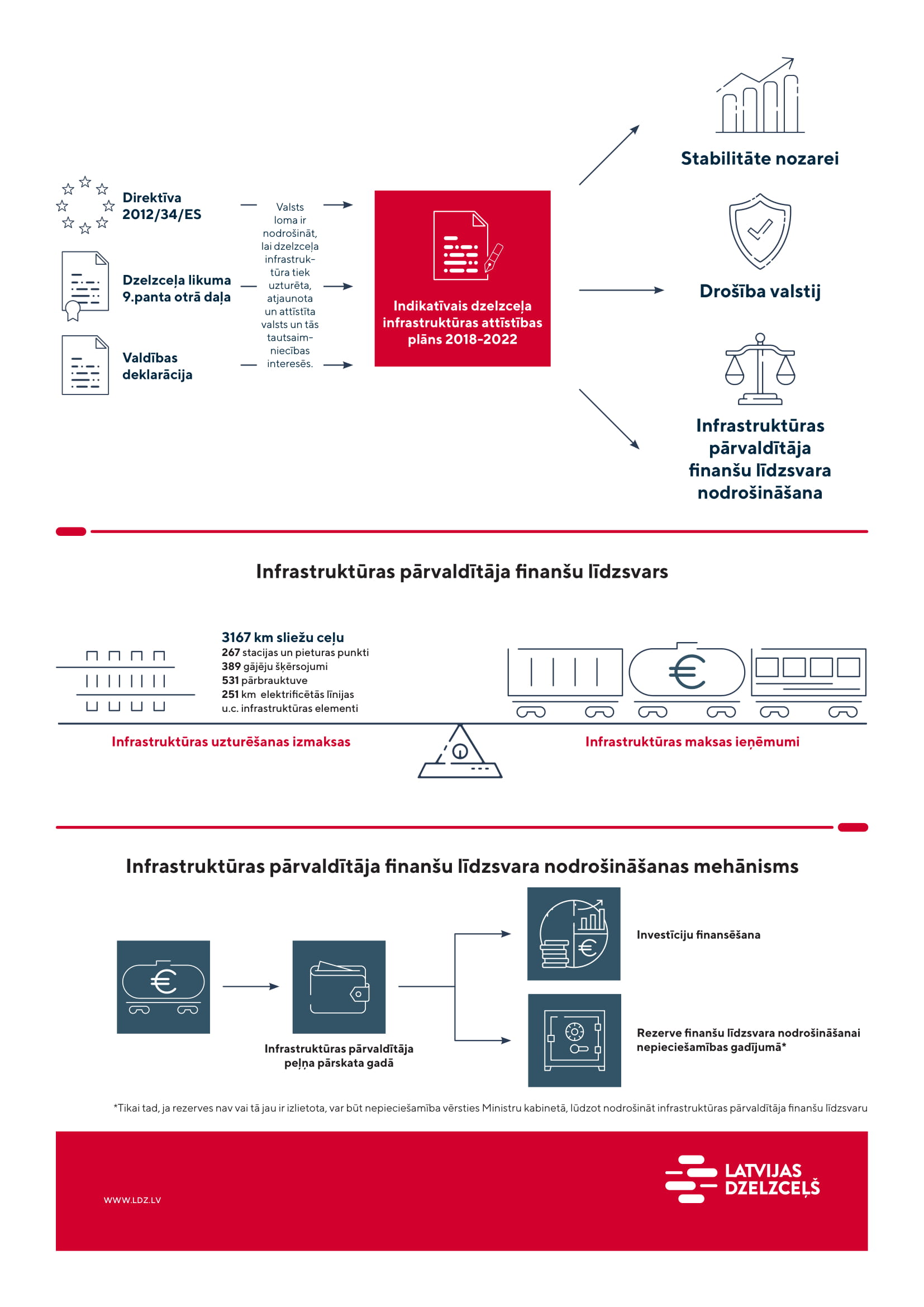