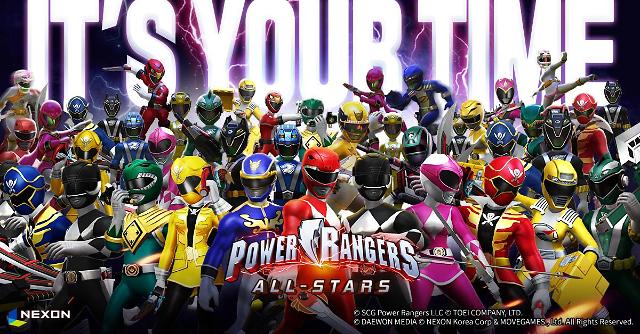 Nexon announced on February 8th that it has launched the global "Power Ranger: All Stars", a new mobile product developed jointly by Mov Game and Daewon Media and served by its company.
<! –

Android OS and Apple iOS version. It is available worldwide (except Japan and China) and supports 10 languages ​​including Korean, English, German, French, Spanish (Latin) and Thai.

Power Ranger: All Stars is the first mobile gaming RPG developed for the global generation of Power Ranger IPs (Intellectual Property). The latest 10 Power Rangers, including Dino Ranger, Blade Force and Magic Force, have emerged, and you can enjoy the fun of collecting and developing 10 types of Rangers and 10 types of Megazoids (combined robots).

Nexon will host an event to celebrate the Power Rangers: All Stars global service. Each time you reach the level five level up to level 30, you will receive a correction, and if you accumulate points in the game, you will be offered a piece of the DynaForce series, sweepstakes.

In addition, every user accessing the game will receive 500 edits, 300,000 gold and 30 pieces for the Tyranno Ranger until March 7 next month to mark the millionth advance earnings.